A logo change could be in the works.
Marketing & Promotions | September 2018 | Danny Klein

Papa John's continues to move away from its founder in messaging.

Throughout all of this Papa John’s drama, one marketing dilemma has hung over the brand: How can Papa John’s distance itself from Papa John while remaining, well, Papa John’s? Earlier in the summer, Cathy Dunkin, a public-relations expert and longtime practicing professional and leader in business communications at Washington University in St. Louis’ Olin Business School, said the 5,000-plus pizza chain should monitor the coming weeks and months before deciding if it’s truly necessary, saying: “The name may be salvageable with some sort of ‘new generation taking over’ messages, but we don’t really know. Obviously it’s expensive to build an entirely new brand—when they might be able to show that new people, new thinking, and new practices are in charge. It’s too early to say that a drastic name change or rebranding is necessary; again, something like that requires intensive research and information.”

It appears Papa John’s might be cooking up a solution of sorts. AdAge is reporting that previously unreported filings submitted to the U.S. Patent and Trademark Office in late August show a refreshed logo is in the works. The logo removes the apostrophe, making it just Papa Johns, a la Tim Hortons, instead of Papa John’s. It’s perhaps a subtle nod to the idea that Papa John’s no longer belongs to John Schnatter. 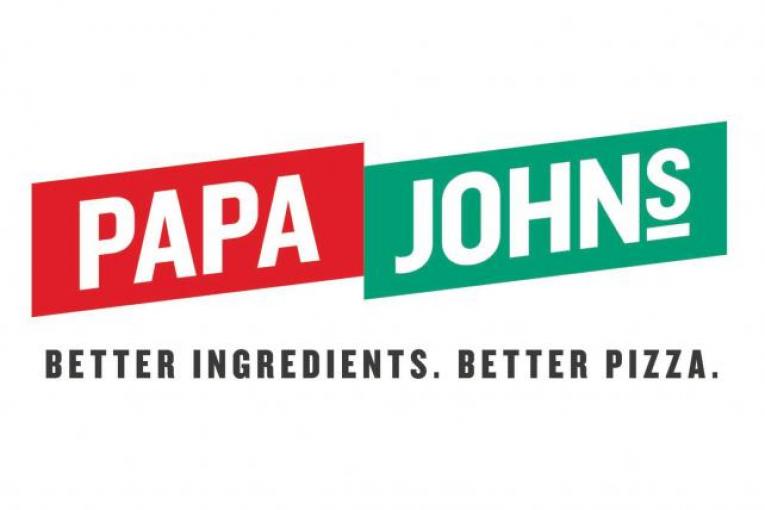 Quick side note: Tim Hortons was originally Tim Horton’s, referring to Tim Horton, a former professional hockey player who founded the chain in 1964 with Ron Joyce and Jeffrey Ritumalta Horton. Tim Horton’s dropped the apostrophe in this case not to escape its owner, but because of La charte de la langue française, or Bill 101, which made French the sole official language in Quebec after years of demonstrations by pro-French Quebecers. It became illegal for companies to advertise English names (they could face large fines). So since the apostrophe is an English punctuation mark, Tim Horton’s became Tim Hortons.

For Papa John’s, the new logo is not coming anytime soon in all likelihood. As AdAge points out, citing Josh Gerben, a trademark attorney at Gerben Law Firm, it could be early 2019 before the change is made. He said once a trademark application is filed, the trademark office would examine it in four months’ time. A Papa John’s spokesman also told AdAge there are no imminent plans to use the new logo.

Papa John’s marketing spun away from Schnatter this week. The company unveiled its biggest push since Schnatter stepped down as chairman July 11. The new campaign, “Voices,” spotlights the faces and stories behind the brand, and puts them front and center in the messaging. Check out the commercial below: