These menu items take fusion to the next level.
Menu Innovations | April 2019

“We make our kimchi in-house and use it to top our Gogi & Waffles dish, which started from guests asking for kimchi fries. Our Gogi & Waffles start with a base of waffle-cut sweet potato fries dipped in waffle batter for extra crunch. The fries are loaded with toppings and hold the flavors more like a chip or nacho, which we need because of the loaded proteins and queso sauces on top. The sweet potato fry adds sweetness, which is complemented by the Korean barbecue flavors that often include both sweet and savory. The kimchi adds spice, while the queso and sauces add creaminess, creating a perfect balance of flavors.” 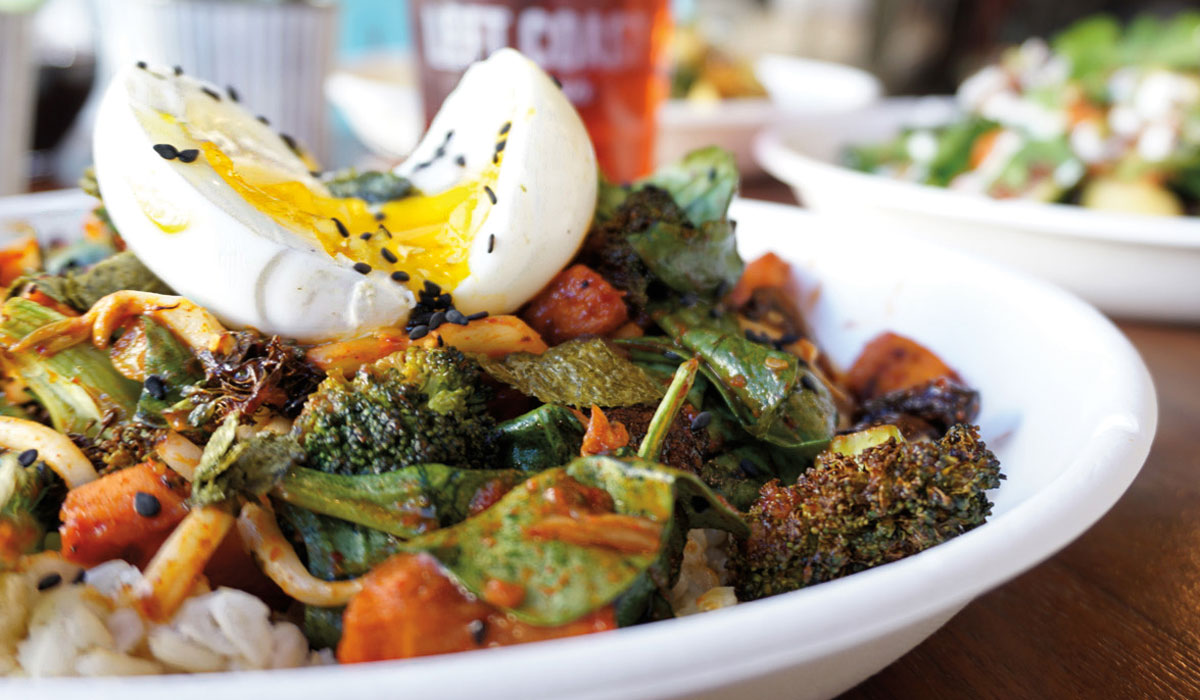 “The K-Town is inspired by Korean bibimbap (meaning ‘mixed rice’). Traditionally, bibimbap is white rice topped with sautéed vegetables and gochujang. A raw egg yolk and sliced beef are often added. As we are focused on providing healthful options for our customers, we tweaked the playbook a little. Our K-Town is brown rice topped with spinach, with roasted carrots, mushrooms, and broccoli. We go out of our way to source a vegan gochujang, with no MSG. The K-town is one of our most popular dishes.” 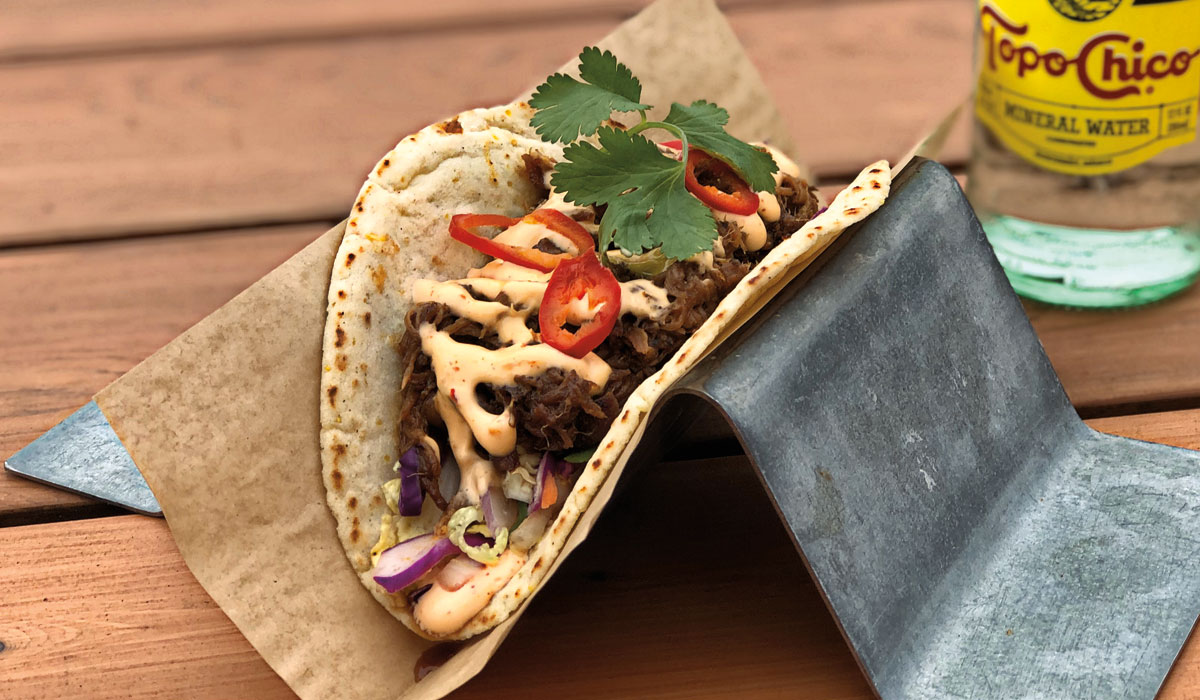 “We offered a Korean-inspired WTF (weekly taco feature) during Q3 last year, and the response was overwhelming. It was the second-highest-selling WTF of 2018 out of the 52 we presented last year. Given the response, I began working on another taco with Korean influence, the Korean Pork Taco, which we ran the week of January 14. It really delivers a unique flavor experience with the sweet and salty influence, with a little spice and acidity from the kimchi slaw. It’s a great representation of the global influence in our menu.”

corporate chef and director of culinary