Dunkin's Donut Fries were one of its most popular launches ever.
Menu Innovations | January 2019 | Danny Klein

McDonald’s breakfast challenges have been well documented over the past year. The chain hasn’t shied from saying it needs to reinvigorate the critical segment, which accounts for roughly 25 percent of sales. McDonald’s has ceded market share to competitors amid a shrinking segment. Per the Wall Street Journal and NPD Group, restaurant traffic growth at breakfast has slowed in the past three years as the entire eating-out market softened. Yet due to lower-cost ingredients, like eggs versus beef and chicken and typically less labor demand, breakfast remains a more profitable daypart than lunch and dinner, and is, simply, a staple of McDonald’s brand.

The fast-food giant launched a Triple Breakfast Stacks offer in November—the first new breakfast sandwiches available nationally since the Egg White Delight McMuffin in 2013. The brand also shifted some of its spend to regional and allowed local co-ops to choose which items and what deals were best suited for their markets. Additionally, in September, McDonald’s expanded its $1 $2 $3 menu offerings with any size coffee for a $1 and adapted two customer favorite breakfast sandwiches at the $1 price point.

“It continues to be a battleground,” CEO Steve Easterbrook said in an October conference call. The Wall Street Journal added that McDonald’s is exploring testing baked goods, including coffee cakes and muffin tops.

It now appears McDonald’s might take a page from one of its top morning competitors—Dunkin’. Business Insider, citing a leaked internal document, reported that McDonald’s plans to launch “Donut Sticks” as a limited-time offer in February. According to the internal description, which Business Insider posted on its site, “They’re light and crunchy on the outside and soft and warm on the inside.” The Donut sticks are strips of sweetened dough deep fried until golden brown, then sprinkled with cinnamon sugar.

McDonald’s didn’t confirm the report, but multiple outlets picked up on the story. InvestorPlace said, “sources close to the matter are confident on the matter.”

The menu item—served only at breakfast—will reportedly arrive at a recommended price of $1.29 for six or $2.39 for a dozen. Business Insider said McDonald’s is also pushing a bundled deal of a half-dozen Donut Sticks and a small coffee for $1.99. McDonald’s told the publication that customers could expect “more delicious and craveable news to come in 2019,” but wouldn’t elaborate further.

As for Dunkin’, spokesperson Michelle King told CNBC, “We’re not surprised to see competitors imitate our success with Donut Fries given their popularity with customers.” 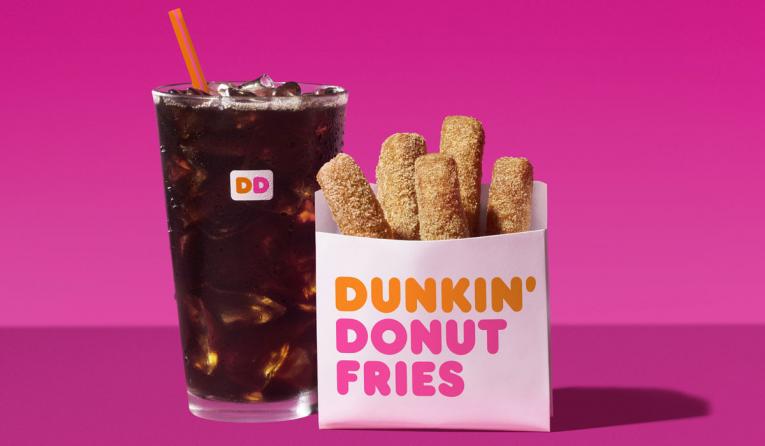 Chief marketing officer Tony Weisman called the product one of the most popular bakery launches “we’ve ever done,” in October. He added that customers weren’t trading off daypart business. Instead, Dunkin’ “just saw them choosing to come back in the afternoon now that we have something for them that paired well with the beverages.”

READ MORE: Why Dunkin' was 2018's most transformational brand.

McDonald’s breakfast business has been a moving target for years. The chain introduced all-day breakfast in fall 2015 to stellar results. It expanded September 2016 to include McGriddle sandwiches and made both McMuffin and biscuit sandwiches available at all restaurants.

The challenged that surfaced recently isn’t necessarily the products—it’s the daypart itself. McDonald’s isn’t selling as many items pre-lunch as it used to. McDonald’s has improved its McCafe platform and continued to innovate in an effort to reenergize sales. The fact the Donut Sticks will be available only for breakfast speaks to this goal.

“We're still losing a little share. It's very competitive out there at breakfast,” Easterbrook added in the October call. “…we haven't had much new food news at breakfast for a little while.” That appears to be changing.

“We want to do better at breakfast,” he continued. “We've got some initiatives in place, which we're going to see out through the next few months and also some new food news, which we think will reenergize the daypart.”

New Restaurants are Starting to Open in the Pandemic
Peace in Chicken Sandwich Wars? One Brand Hopes So
Should Restaurants Charge More During COVID-19?

5 Tips for Creating a Budget for Your Restaurant
From Virtual Brands to Delivery, How Dog Haus Solved COVID Challenges
How One Family-Run Fast Casual Keeps Fighting Back

End of the Chicken Sandwich Wars? Not So Fast, Zaxby’s Says
CAO Bakery & Café to Inject Industry with Cuban-American Flavor
Saving the Planet, One Menu Item at a Time