One Plant-Forward Brand's Approach to the Fake-Meat Movement

How Clover Food Lab smartly capitalized on the trend without alienating its core customer base.
Menu Innovations | April 2018 | Danny Klein

Clover has 13 concepts in the Massachusetts area.

Clover Food Lab, a 13-unit fast casual and member of QSR’s inaugural 40/40 List, wants to help meat lovers fall in love with vegetables. That ethos has guided Ayr Muir’s brand since it hit the Massachusetts dining scene in September 2008.

But about two years ago, Muir met an industry disruptor and was left with a conundrum plant-forward concepts around the country likely never thought they’d encounter: Where does meat that’s not exactly meat fall into the equation? Namely, the innovative force that is the Impossible Burger.

Just last week, White Castle launched the product, which “bleeds” and claims to taste like ground beef, in slider form at 140 locations, with a national rollout still in discussion. It’s made from water, wheat protein, potato protein, and coconut oil. One special ingredient—heme—contributes to the characteristic taste of meat and catalyzes all the other flavors when meat is cooked.

The product is available in some 1,200 locations currently. However, for Clover and other like-minded fast casuals, the process isn’t as easy as slapping the product on a flattop.

For starters, Clover’s restaurants don’t have a flattop. The reason being that a concept focusing on veggies to this extent doesn’t serve burgers—and doesn’t plan to.

This is was what Muir told Impossible Foods when he met with them about two years ago. However, September rolled around and Impossible Foods asked Clover to help it launch the product in New England. Muir had an idea. Instead of serving a burger, Clover did some testing and began serving a meatless meatball sandwich, complete with housemade tomato sauce, crafted each day in-house. Then in December, Clover announced that it was planning a meatless sausage, egg, and cheese sandwich made with fresh sage, thyme, fennel seeds, and Impossible Foods meat.

This creative spark accomplished a few things for Clover. In addition to the notion that Clover remains a brand set on making veggies the star attraction, it also strives to serve the best version of every product it offers. It doesn’t menu avocados in response (since it’s not a readily available product in New England). In this case, the Impossible Burger, while an eye-opening experience for even the strictest of meat fanatics, is still not precisely on par with the premiere burger-eating experience. “People are saying this is really good and it’s not made with meat. It’s a different conversation,” Muir says, adding that there’s nothing wrong with that reality whatsoever; it just didn’t fit into their business model. The meatball sub and breakfast sandwich were a different story, though.

The meatball sub has flown off the line, and been a big driver of repeat visits for the brand. Muir says it did generate some negative feedback, especially from vegans, but for the most part, has been a nice additive lift to typical sales. This was a welcome result given Muir initial concerns: Does having an item like this keep Clover from introducing customers to its other products, which are the heart of its purpose?

Muir says they’ve been tracking that debate closely. It hasn’t showed negative so far but it’s an interesting conversation to keep an eye on. And much of it revolves around exposure and customer acceptance, especially considering the goals at hand.

“It’s a fascinating thing [the meatless trend]. It lines up with our mission,” he says. “The reason we don’t have meat on our menu, the reason we’re trying to help meat lovers fall in love with vegetables, and the reason we do all that is we’re concerned about the same things that crowd is concerned about. We’re really entrusted in helping people shift their diets a bit—to eat more vegetables and less meat. We think great things will happen if we can all make that real.”

“Having another tool in our box that might allow us to reach new customers, it’s a great thing for us,” he adds.

This trend isn’t going anywhere, Muir says, and Clover and fast-casual brands everywhere would be wise to trailblaze the movement. He believes it’s only a matter time before these substitutes are indistinguishable as far as taste and texture are concerned. And when that does happen, having a differentiated product with a built-in following will only open doors to new customers, more sales, and an even sturdier standing in the mindful-food movement.

“We have to be at the beginning of all this change,” he says. “There’s going to be a whole lot more of this, and it’s going be really interesting to see how we all think about and think about how we eat in the future.” 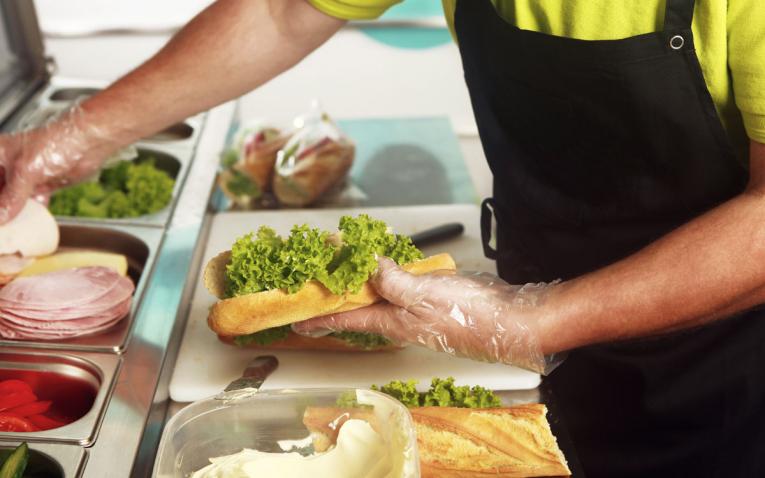 Contactless Ordering, and Other Tips to Navigate COVID-19
One Key Strategy for Life After Coronavirus
Navigating Unprecedented Times: 5 Ways to Boost Your Restaurant’s Mobile App

Trying to Picture Life for Restaurants After COVID-19
The First 22 Days of March: Restaurants Have Lost $25 Billion
The Rush Away From Restaurants Continues