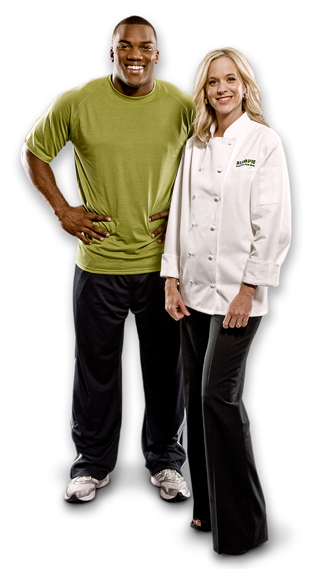 To mark this healthy step, Blimpie teamed up with pro football running back Chris “Beanie” Wells to share the news about The Lighter Stuff offerings. The Lighter Stuff menu is comprised of six healthy items, all less than 400 calories and six grams of fat.

“Being a professional athlete, nutritious, wholesome meals are an important part of my daily routine,” Wells says. “Now with The Lighter Stuff menu, Blimpie has made it even easier and tastier for me to stay on point with my health and fitness goals. I love all the options from The Lighter Stuff menu, but my favorite sub is the Deli Trio.”

“It’s becoming increasingly important for restaurants to offer healthier menu options, but never at the expense of taste,” says Nola Krieg, R&D chef for Blimpie. “The Lighter Stuff menu delivers with a handful of delicious subs and a salad. We skimped on the calories, but not on the taste.”
News and information presented in this release has not been corroborated by QSR, Food News Media, or Journalistic, Inc.

Tom & Chee, and the Comeback of a Shark Tank Legend
Gyro Shack Preps for its Next Growth Chapter
Breakthrough Has Golden Chick Thinking Even Bigger

Dickey’s CEO: Virtual Training Will Outlast the Pandemic
Potbelly is Resolving its Real Estate Issue
Why You Should Bet on Fast Casual After COVID-19