Industry News | September 9, 2010
With a growing sentiment toward environmental awareness and precaution, many quick-serve consumers are paying more attention to how their fast food travels from farm to fork. From sustainable manufacturing processes to the use of recycled napkins, consumers increasingly want to know the details of quick serves’ sustainability practices, and how they affect the brand’s carbon footprint. 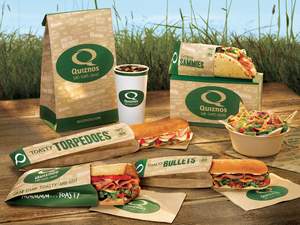 With that push for sustainability and transparency in mind, Quiznos announced in May the launch of its Supplier Code of Conduct. The code was implemented not so much to make groundbreaking changes, the company’s leaders say, but to create an awareness of social standards for its supplier partners.

“Quick-serve restaurants must constantly challenge suppliers to get creative with providing options to create a more socially responsible business,” says Quiznos chief communications officer Ellen Kramer. “We work with creative, flexible suppliers who are up for the challenge to bring a variety of ideas to the table about social responsibility.”

Quiznos outlined in its Supplier Code of Conduct that it expects suppliers to abide by all laws and regulations; that suppliers should establish responsible employment standards such as decent working hours and wages; and that its produce suppliers must pay Florida tomato pickers an additional penny per pound of tomatoes, among other things.

Quiznos also is continuing its efforts to maintain accountability in regard to animal welfare, including the use of eggs coming from cage-free hens.

“Retailers who want to be socially responsible have to take animal welfare seriously,” says Paul Shapiro, senior director of the Factory Farming Campaign for the Humane Society of the United States. “More concerns are emerging and it is a good opportunity for retailers to act responsibly and help their suppliers. Animal welfare is of the utmost importance and there is an expectation now on the retailers to initiate sustainable action toward positive progress.”

Quiznos is not the first quick-serve company to adopt a code of conduct for its suppliers. Brands including McDonald’s, Subway, and Burger King have also drafted such codes.

Burger King’s code tells suppliers they are expected to reduce, reuse, and recycle; that the company makes available Green Sessions for suppliers to learn more about sustainability; and that all beef comes from suppliers that raised it in environmentally responsible ways.

“Ultimately, if quick-service companies can create a high enough demand for items like environmentally friendly products,” Kramer says, “quick-serve restaurants of all sizes will be able to implement more socially responsible products."

By Robert Thomas
News and information presented in this release has not been corroborated by QSR, Food News Media, or Journalistic, Inc.

1500 Riveredge Parkway
Atlanta
GA
770-240-7200
Consumers are eating out and on-the-go at an increasing rate, and they expect (more)
Cooking Oil Management