Based on key learnings and feedback from innovation partner White Castle, who deployed the original Flippy to a location in the Chicagoland area in September 2020 and plans to expand to additional locations once the pilot is over, Flippy 2 takes over the work for an entire fry station and performs more than twice as many food preparation tasks compared to the previous version including basket filling, emptying and returning.

Back-of-house positions at quick-service restaurants have historically been labor-intensive, physically demanding and can be hazardous given the proximity to hot oil and grills in compact kitchens. Flippy 2 looks to alleviate these pain points and create a better working environment for its human coworkers, while also maximizing the efficiency of the kitchen.

Over the course of Flippy’s deployment at White Castle, the fast-food hamburger chain has been impressed and pleased with the productivity gains Flippy has brought to daily operations. While Flippy helped team members stay in their designated locations, employees noted during the pilot that there was a need for human assistance on both sides of the robot – from the initial point of contact with the uncooked product to when the cooked food gets placed in the holding area – requiring one or two employees at several steps. Basket management wasn’t automated so the cooking process wasn’t as seamless as it could be – until now.

“We learned so much from Flippy and our partnership with Miso Robotics. It’s amazing to see the future of how we provide even better service and even more hot and tasty food to our craving customers happening right before us in real time,” says Jamie Richardson, vice president at White Castle. 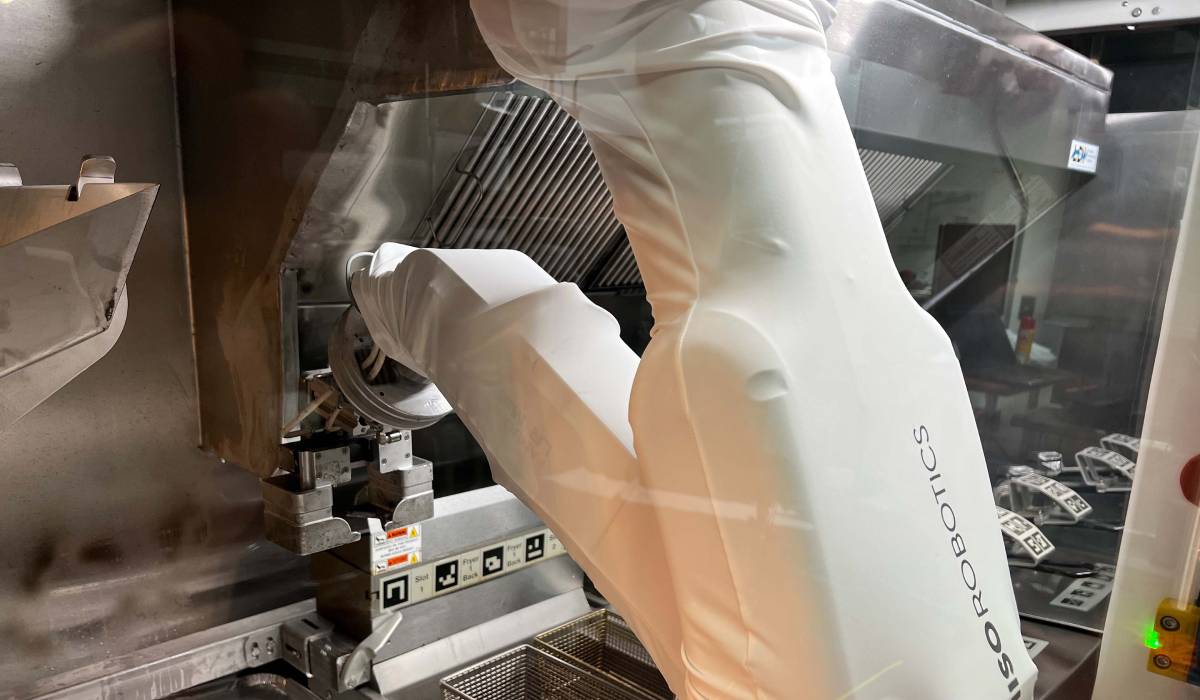 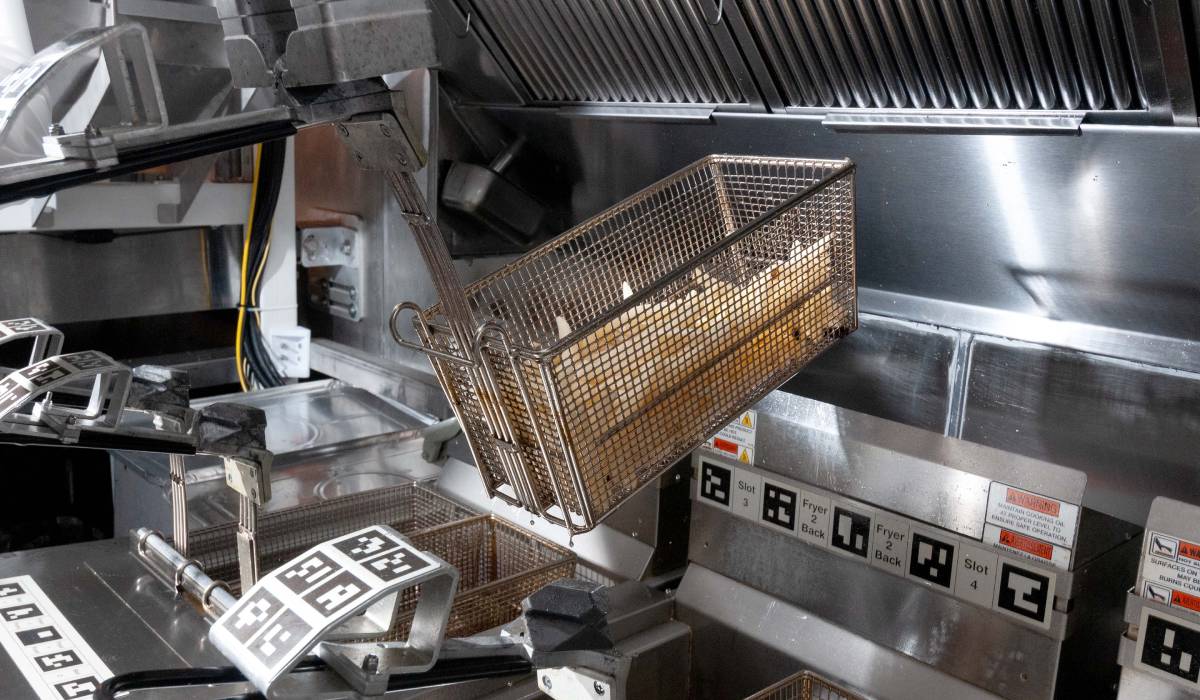 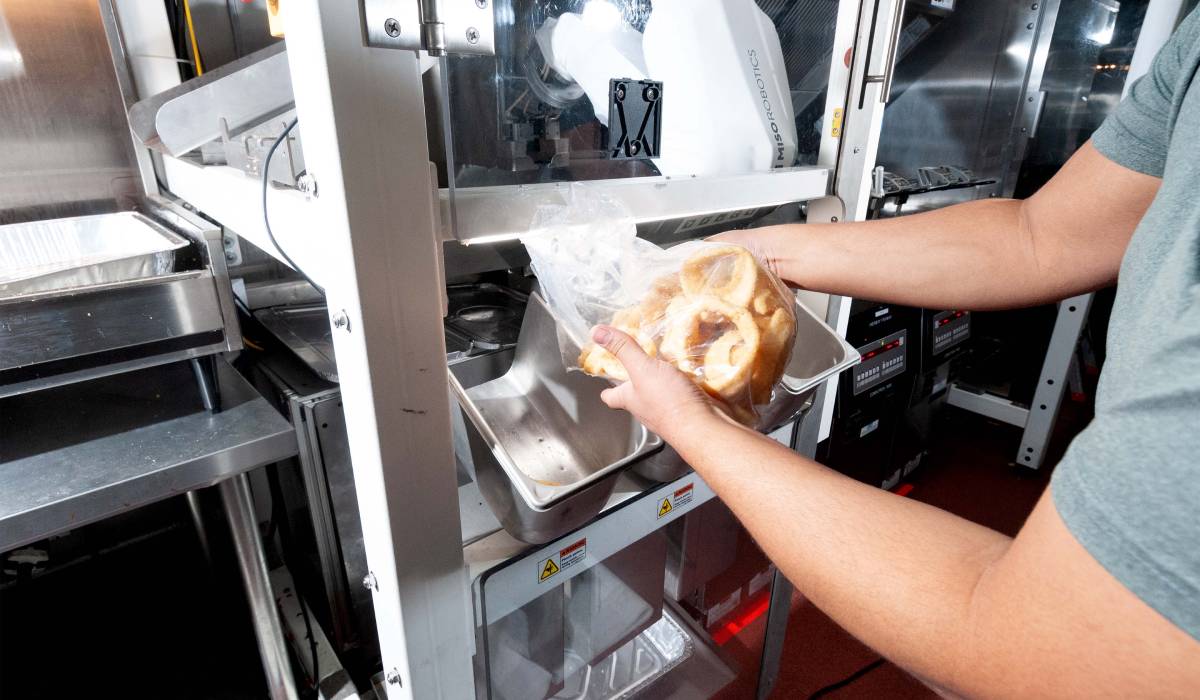 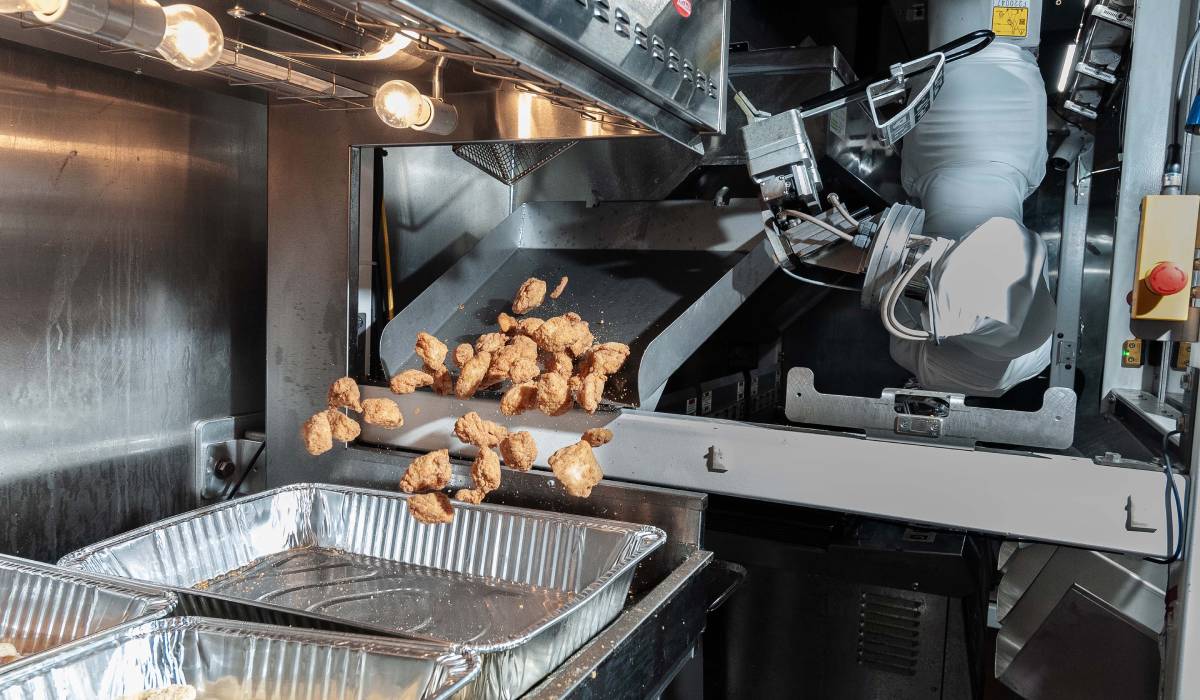 Flippy 2—which makes the fry station, even at peak times, less than a full-time task and allows team members to focus on other important duties—features the brand new AutoBin system for lower volume and specialty foods like onion rings or chicken tenders, providing restaurants an even more capable and complete frying solution. Each bin can hold as much as a full fry basket, be customized for a kitchen’s specific needs and be delineated for individual products like vegetables and fish to prevent cross-contamination.

Once the product is placed in the bin, AI vision automatically identifies the food, picks it up, cooks it in the correct fry basket and places it into a hot-holding area. Eliminating the transfer task lessens overall human-to-food contact, decreases potential oil dripping and burns caused by lifting and moving baskets, and ensures an entirely closed-loop system where Flippy 2 can operate on its own without human intervention in the middle of the process. This makes the system faster, increasing throughput by 30 percent – or around 60 baskets per hour – which is more than what is needed in high-volume quick-service restaurants.

“Like all technologies, Flippy 2 has evolved significantly from its predecessor, and we are extremely grateful for the insights collected from White Castle to truly push its development forward in a real restaurant environment,” says Mike Bell, CEO of Miso Robotics. “Flippy 2 takes up less space in the kitchen and increases production exponentially with its new basket filling, emptying and returning capabilities. Since Flippy’s inception, our goal has always been to provide a customizable solution that can function harmoniously with any kitchen and without disruption. Flippy 2 has more than 120 configurations built into its technology and is the only robotic fry station currently being produced at scale.”

In addition to White Castle, Miso Robotics has several other pilot agreements with leading national brands in place, including its recently announced partnership with Buffalo Wild Wings Parent Inspire Brands. Flippy 2 consolidates key tasks in the back-of-house to make quick-service restaurants more efficient and addresses a $278.6 billion market where it can be customized to cook whatever a brand needs, including anything that can be fried.

Miso Robotics is primarily funded by individual investors and has been one of the most successful crowdfunding campaigns in history. With nearly 15,000 shareholders, the company has raised more than $30 million in crowdfunding to date and is currently in their Series D round, which kicked off with a market valuation of $350 million—a $270 million increase since its $80 million Series C open— and which recently passed $10 million in new investments.

News and information presented in this release has not been corroborated by WTWH Media LLC.