More than a few customers could be seen mouthing the word, “Wow,” as they walked through the electronic sliding door and gazed into the new prototype Wendy’s restaurant that opened Wednesday in Columbus, Ohio.

The redesign, dubbed “ultra modern,” features clean lines, bright lighting, rich colors and some of the top design concepts in the restaurant and retail industries. It is also among four building styles Wendy’s will test in a multiyear strategy to reinvigorate the brand.

The restaurant and a similar unit nearby that opened two weeks ago “are very different from what our customers are used to,” says David Karam, president of Wendy’s, based in nearby Dublin, Ohio.

“We will learn a lot in the coming months from their comments.”

The chain’s high-quality food has always been a draw for Wendy’s patrons, who are the main reason the company embarked on the redesign, Karam says.

“Frankly, customers told us some of our restaurants are getting dated,” he says. “They also said they’d like to see our fresh food preparation, and they want more comfort in our dining areas.”

The result: The interior features a better view of the kitchen behind the counter and five distinct seating types, including a lounge with a fireplace, booths, two-top tables, high-top tables and a high-top counter with electric outlets to plug in devices. 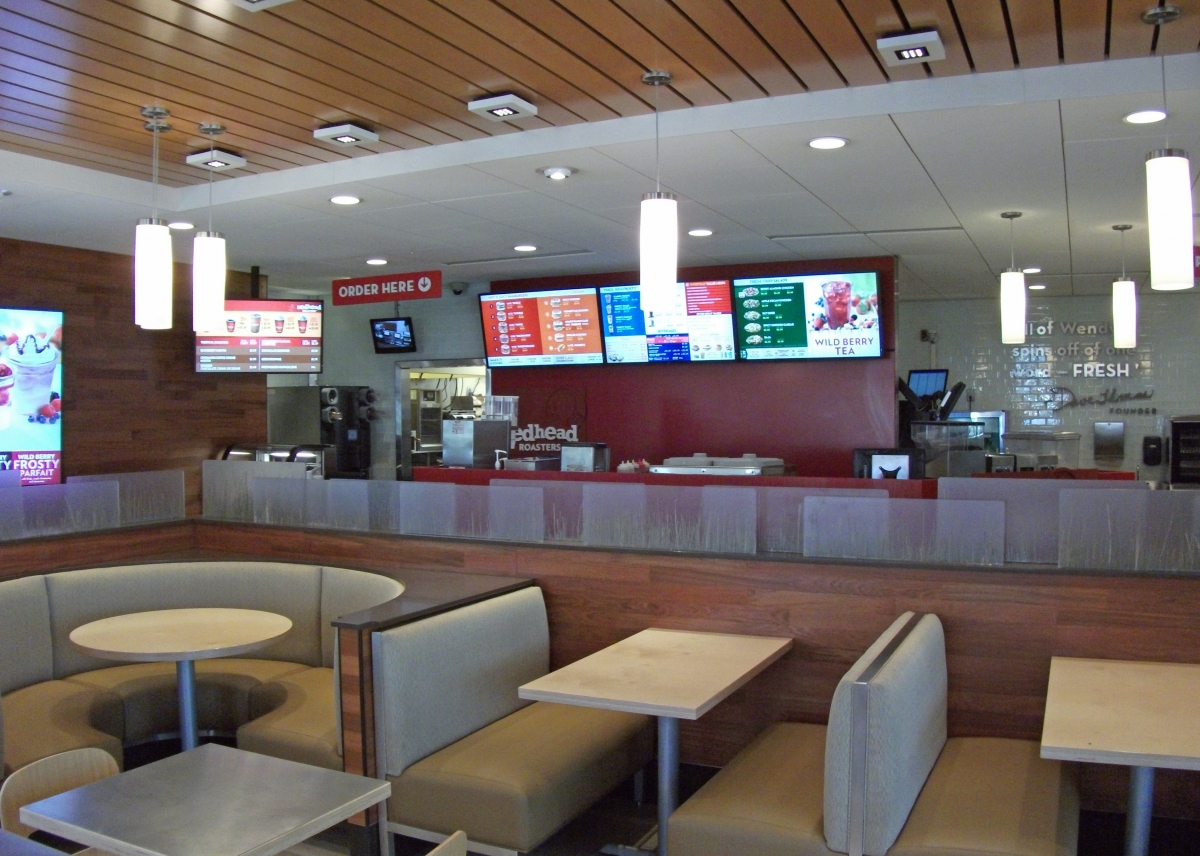 “A lot of quick-service restaurants are taking a page from the Starbucks book and making the interior a lot more comfortable and homey,” says David Talty, a professor in the School of Hospitality and Tourism Management at Florida International University. “Letting people hang out a little longer pays off in terms of customer frequency.”

“You are more likely to have the side item and beverage you may not have if you drive through or carry out,” she says. “Customers are looking for value, and value is more than price. It’s atmosphere, ambiance, creativity, innovation, and food quality, too.”

The prototypes in Columbus feature some fast-casual touches beyond the open kitchen, including multiple digital food display signs, separate ordering and pick-up stations, and a refrigerated display case for bottled beverages and baked goods.

There’s also a digital, animated menuboard and key phrases in permanent signs dotted throughout the restaurants.

One of those slogans, “Quality is Our Recipe,” is spelled out on the front of the building’s exterior, which has a clean, Midwestern modern look, complete with large windows and natural materials, that harkens to Frank Lloyd Wright-influenced designs. 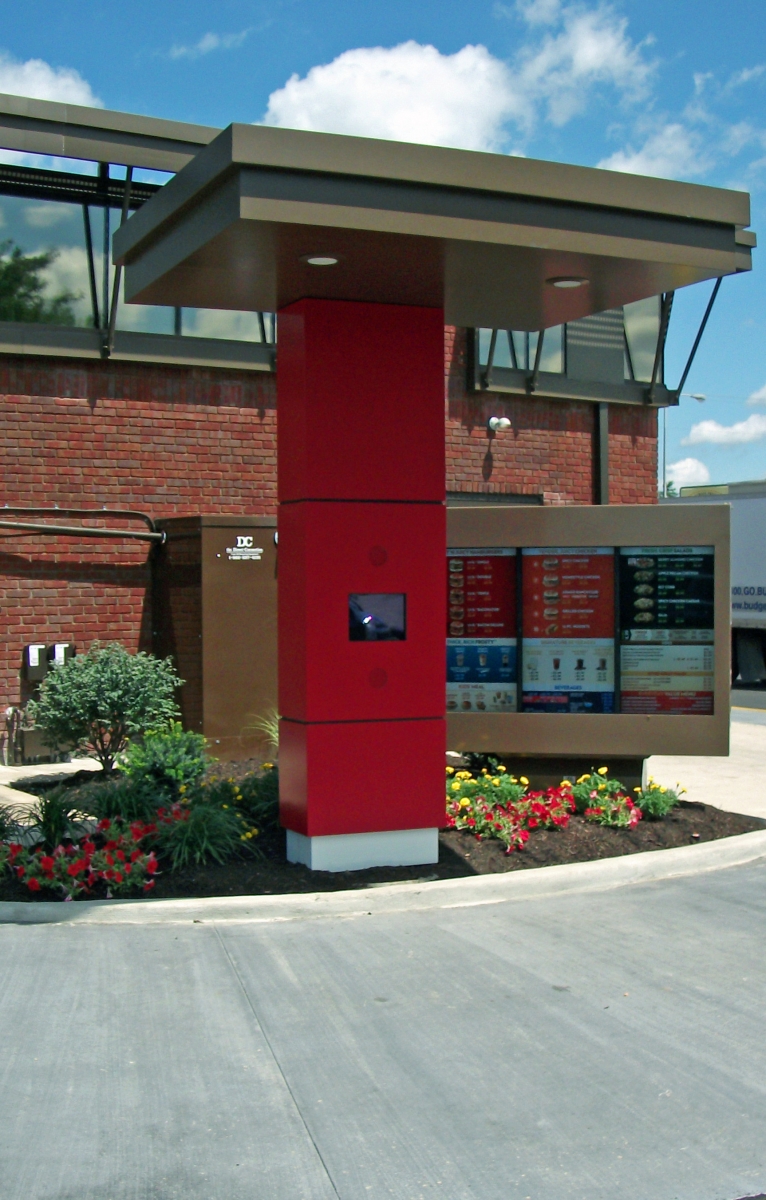 The restaurants have a small patio, and even the drive-through lane has changes, such as a digital menuboard and a canopy over the ordering area.

Another innovation at these units is roasting coffee beans fresh, part of a test of beverage and bakery products under a new label, Redhead Roasters. The tag comes from the company’s red-haired namesake, Wendy Thomas, daughter of late founder Dave Thomas.

Wendy’s, with 6,600 restaurants worldwide, will test the three other prototype designs in three other U.S. cities and one in Canada.

The company has not announced details about the designs or named the cities where the stores will be built.

30 1st Street Unit 5
Bridgewater
MA
774-929-5234
Our coffee journey started with a Coffeehouse. It was always about the Coffee and (more)
Advertising & Marketing

The Story Behind Subway’s Historic Menu Refresh
Introducing Pinkbox, the 'Willy Wonka' of Doughnuts
With Spicy Food, Restaurants Search for Next Big Thing