Fast-Food Apps are Growing at a Prolific Rate

Promotions are proving a powerful incentive in today’s consumer climate.

The top 10 quick-service restaurant apps in the U.S. were downloaded 10 million times in September, 3 percent less than those the month prior. Year-over-year in the month of September, downloads of the top 36 quick-service restaurant apps are up 10 percent. A download represents a new user and the first conversion on the mobile app customer’s journey. 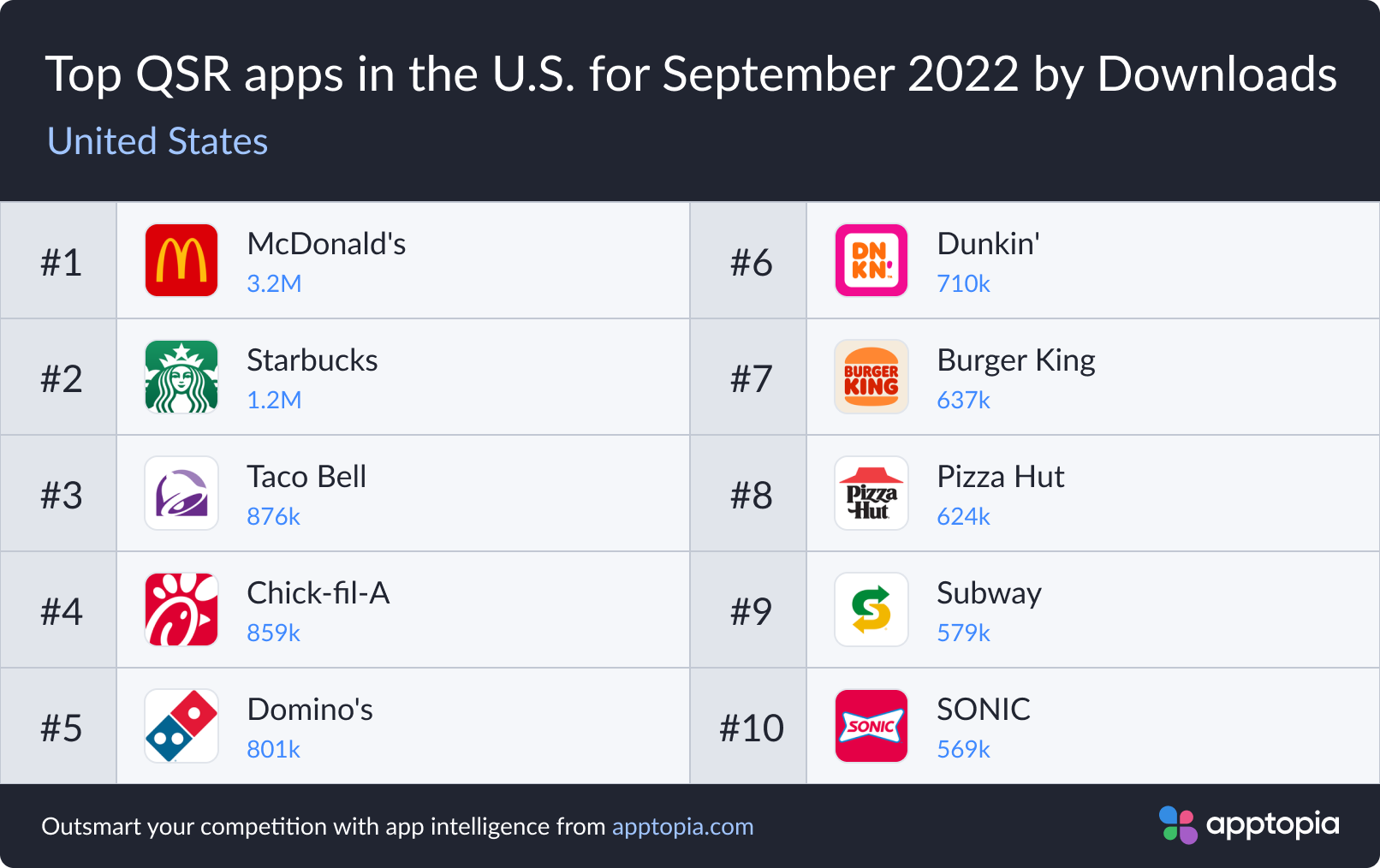 The two biggest top chart movers in September were Taco Bell, jumping up three spots to No. 3, and Sonic, moving down five spots to No. 10. This marks the fifth consecutive month that Sonic has been on the top chart, something we have not seen before. Taco Bell didn’t do much here to juice its numbers, it was more like a Mexican Pizza aftershock due to announcing the menu item is back for good now. 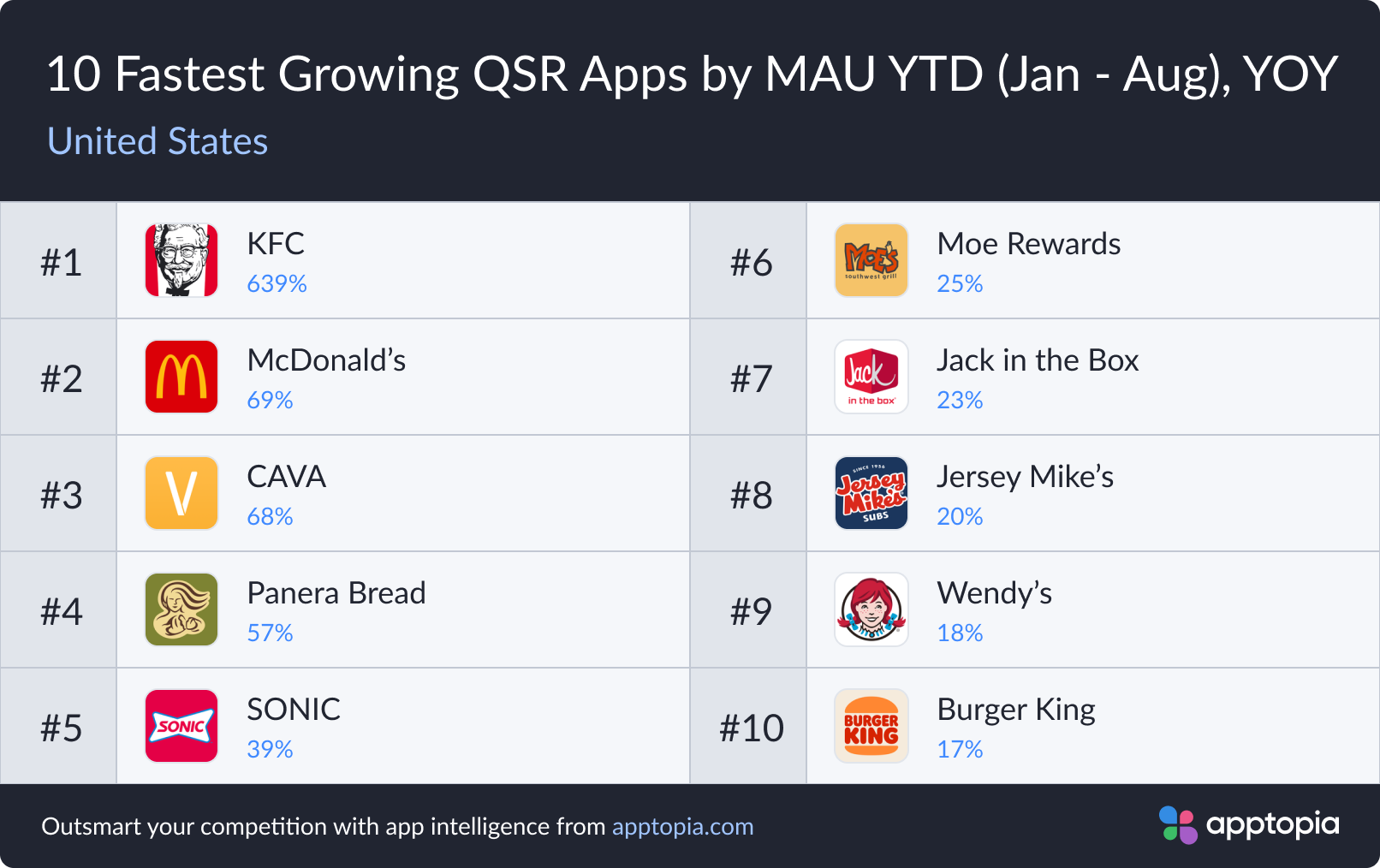 This top chart is a look at which quick-serve is growing its monthly active app users the fastest so far, comparing last year’s numbers through this point in time to this year’s numbers. KFC launched its U.S. app in early 2021, giving it a big caveat/asterisk here as the fastest growing. CAVA accelerated its growth in 2022 by opening many new locations, which were acquired in 2018 through its acquisition of Zoës Kitchen. Digital orders now make up almost half of its transactions. We see Sonic here as well, showing it is capitalizing on its user acquisition efforts that we’ve been seeing in its top chart worthy download numbers.

The biggest month-over-month gainer in September was Zaxby’s at 204 percent. The next closest was QDOBA at 42 percent. Zaxby’s announced it would be giving out free sauce-flavored popsicles, also known as sausicles. This promotion had nothing to do with the mobile app but the promotion was unique and eye-catching. In all of the promotional news, Zaxby’s put it out there that on a later date in September, it would offer a buy-one-get-one-half-off boneless wings meal deal when ordering through the app.

Will this one-time value for customers result in returning users for the Zaxby’s app? Apptopia data indicates that it is unlikely. In reviewing download data and daily active user data, the app insights provider has found one-time free food offers generate higher numbers of downloads but not high user retention. People know they can move app to app to get deals. Your recurring mobile app users are your best customers, and you can create more of them over time. Things like exclusivity, early access, and on-going rewards tend to breed long term usage more often.

We broke quick service down into some of its segments and determined fast-food apps are growing the fastest and by a substantial margin. This is likely through a combination of running more “food for download” promotions than industry peers and the current economic conditions, where consumers expect lower prices with fast food providers compared with other meal options