ARCOP is celebrating its 40th anniversary this year. Here's a look back at how a one-man gang became a supply chain army.
Outside Insights | February 14, 2018 | Casey Wright

Being a pioneer is never easy. The road to success is often marked with tribulation and doubt. But, for those who stay dedicated to a vision, even in the face of seemingly insurmountable adversity, triumph is possible. Such was the case for ARCOP, Inc., Arby’s independent, non-profit supply chain cooperative celebrating its 40th anniversary this year—February 21 to be exact. Before the founding of ARCOP, there was no formal, independent supply chain in the quick-service restaurant sector. ARCOP’s first president, Tom McKinnon, was plucked from Michigan State University by Leroy Raffel, one of Arby’s founders, as a Ph.D. student studying Hotel and Restaurant Management. Raffel initially appointed McKinnon Director of Purchasing for Arby’s, Inc. before he was elected as ARCOP’s President by the ARCOP Board of Trustees after the co-op gained its footing.

“He was a super honest, straight-shooting guy,” Raffel says. “He was the first guy, and he was like a one-man gang. He was a professional and he really set the whole thing up to start with; and, he really did a great job.”

Establishing a supply chain virtually from scratch was never going to be a simple procedure. But, McKinnon certainly was the steward the budding quick-service restaurant brand needed to conquer such a task. A keen student of the hospitality industry, McKinnon cited early champions of restaurant logistics and technology, such as Bonanza and McDonald’s, as concepts from which he drew initial inspiration. “Logistically, McDonald’s had traditionally led the way for the fast food industry in separating product procurement from distribution.”

He insisted one of the main keys to success was understanding how suppliers think, as well as putting himself in their shoes from a profit and operations standpoint. He recalled studying advancements in meat-tenderizing technology, the development of Arby’s structured roast specification, innovative distribution methods targeted at improving quality control, and other critical supply production processes he knew he’d need to master in order to strategically negotiate with Arby’s suppliers. And, if you ask him, he never saw himself as a procurement or logistics specialist. “I‘m not a buyer. I’m a strategist,” McKinnon says.

Mastering supplier technologies and processes was only one of the building blocks for a successful supply chain that McKinnon felt he needed to conquer. Analyzing the existing purchasing culture within the Arby’s brand and finding a “one-size-fits-all” national solution to their unique regional needs posed a real challenge as well. McKinnon described a multifarious system where most franchisees had local, personal relationships with suppliers, while others pooled their purchasing efforts by region. “Some franchisees would even drive around in their own trucks every week delivering supplies to their restaurants,” McKinnon says. As he recalled, many franchisees were purchasing several months’ worth of product directly from suppliers and storing it in their own freezers to later distribute to restaurants, as needed.

“I used to have a plaque in my office that read ‘Book a Load, Cut a Deal’ because it was a phrase I used so often.” 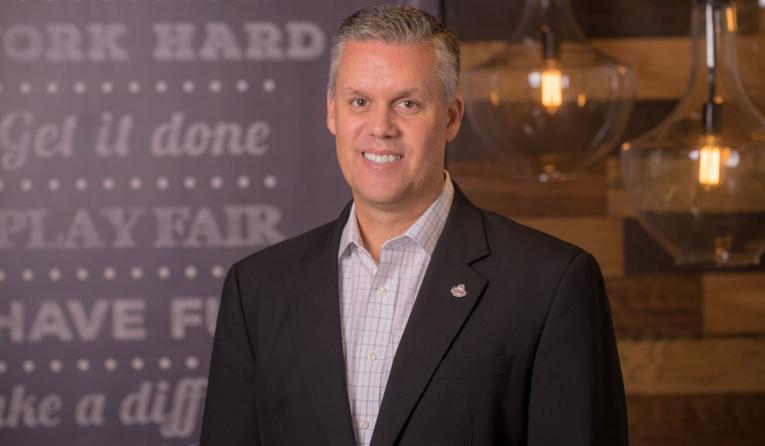