As Papa John’s recent troubles prove, the pizza wars can be a fickle mistress. Last year, in regards to publicly traded restaurant companies, the pizza segment's 2.9 percent same-store sales growth significantly outperformed the industry bar. That was slower than its 4.6 percent 2016 hike, but stacked on a two-year basis it painted a sizzling picture, especially compared to other categories: quick service (0.8 percent), fast casual (negative 1.6 percent), and upscale casual (negative 0.1 percent). But that success is a delicate dynamic, especially when some private brands, like MOD Pizza, tout red-hot growth rates. The fast casual lifted same-store sales 5.2 percent and hit systemwide sales of $275 million last year, an eye-opening year-over-year increase of 81 percent.

While the competition can be ruthless—Papa John’s North America comps were down 10.5 percent in July and 6.1 percent this past quarter—it can house quick turnarounds, as Domino’s can attest. If we track back to May 2017, Pizza Hut was staring down same-store sales declines of 7 percent in the U.S. YUM! Brands countered with a $130 million investment plan designed to “unlock significant value for years to come,” CEO Greg Creed said at the time. This centered on digital commitment, enhancements to operations and technology, brand marketing alignment, and a permanent commitment to incremental advertising. Creed likened the effort to YUM!’s $180 million KFC investment in early 2015, which triggered 11 consecutive quarters of comparable sales growth.

So how is Pizza Hut faring? Let’s start with the figures (for U.S.)

For same-store sales, we’ll focus on the U.S.

Creed provided some helicopter perspective to some of these sales trends. He termed the $130 million plan “our Transformation Agreement investments,” and said after YUM!’s latest earnings reveal that Pizza Hut continued “to gain traction with our commitment to hot, fast, and reliable experiences.”

“I think we're doing all the right things,” Creed said in the conference call. “We've got to deliver the results. It's sort of show-me time, but we feel good about what we've got for the back half of the year on Pizza Hut in the U.S.” 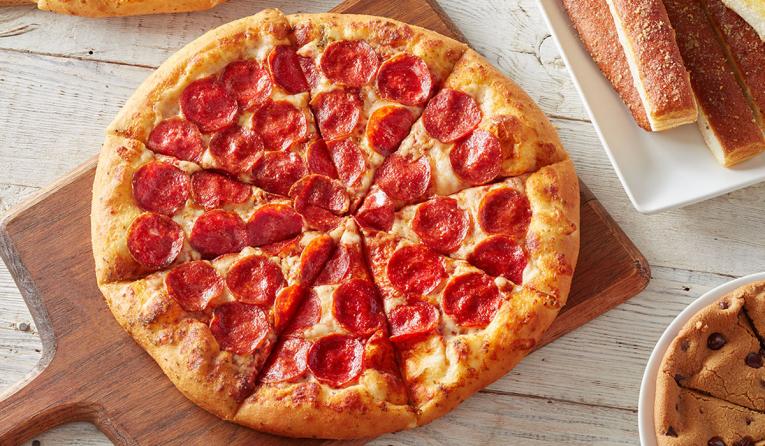 It's critical for Pizza Hut to get back to everyday value, executives said.

“We still believe that Pizza Hut U.S. turnaround will be a slow build, but we're encouraged by the foundation that's being put in place and continue to make significant strides to improve the brand's position." — Greg Creed, YUM! Brands CEO.

Among the highlights of the transformation:

In this year’s American Customer Satisfaction Index, which interviews more than 22,000 customers, Pizza Hut climbed 5 percent to a total score of 80—good for a three-way tie for third. Chick-fil-A (87) and Panera Bread (81) were ahead. Most impressive, though, the 5 percent jump was far and away the biggest improvement. No quick-service brand evan gained 2 percent, year-over-year.

“We still believe that Pizza Hut U.S. turnaround will be a slow build, but we're encouraged by the foundation that's being put in place and continue to make significant strides to improve the brand's position,” Creed said.

Pizza Hut has been wheeling on the marketing side, too. It left Droga5, IHOP’s agency, for GSD&M in June. The company promoted vice president of brand marketing and consumer insights Zipporah Allen to CMO the previous January. According to Kanta Media, Pizza Hut spent $226.9 million on measured marketing in the U.S. last year.

Creative opportunities abound for Pizza Hut, especially following the February announcement it was supplanting Papa John’s as the official sponsor of the NFL, a partnership that included the collective use of all 32 team marks. Pizza Hut also announced in July it was extending its multi-year partnership with the NCAA, giving it the rights to activate around all 90 NCAA championships each year, from basketball and hockey, to bowling, fencing, baseball, beach volleyball, and beyond.

Creed said, “the way we look at it, it will be sort of owning football Thursday through Mondays. And I think there’s nothing that brings America together more than football and pizza.”

In mid-May, Pizza Hut signed what it called a “landmark deal” with Telepizza Group, the largest non-U.S. pizza delivery company worldwide with more than 1,600 stores in 20 countries. The strategic deal and master franchise alliance sets a rapid growth chart across Latin America (excluding Brazil), the Caribbean, Spain, Portugal, and Switzerland. Specifically, Telepizza Group will target opening at least 1,300 new stores over the next 10 years, and 2,550 stores total over 20 years. The vast majority of the new store openings will be Pizza Hut, including all stores in Latin America and the Caribbean. This will double Pizza Hut’s footprint in the regions covered, give it the No. 1 position in the category across Latin America and the Caribbean in terms of unit count, “and confirm Pizza Hut’s position as the world’s largest pizza restaurant company,” Creed said.

“It will provide us with a foothold in key European markets, something which would have taken decades to achieve on our own as well as consolidate a majority of our Latin American markets under one master franchisee,” chief financial officer David Gibbs added in the call. 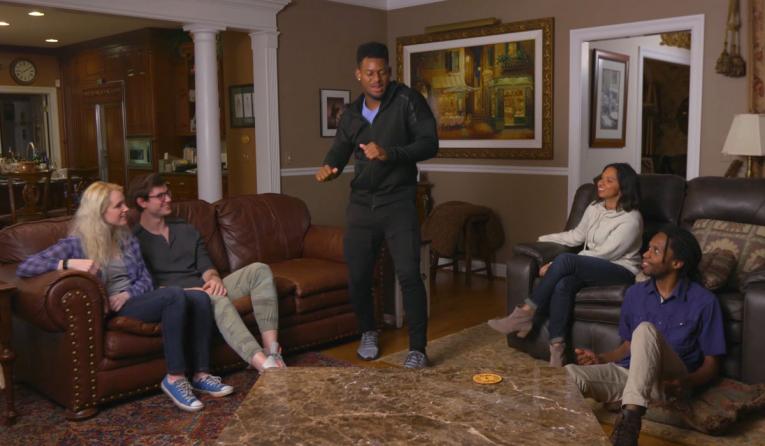 Pizza Hut's NFL sponsorship, pictured here in a commercial with Pittsburgh's Juju Smith-Schuster, will allow the company to own "football Thursday through Mondays."

How will Pizza Hut keep gaining?

In its global growth path, Pizza Hut is focusing on its “Delco” model, which is a smaller layout with a lower investment point geared toward delivery and carryout.

“In contrast to the current asset base, which has a heavy reliance on dine-in, we expect at least 90 percent of our net new unit openings this year to be the Delco Model, which generally bodes healthy paybacks and strong unit level economics,” Gibbs said.

“It's a really efficient way to build new units with great returns for franchisees in most cases,” he added. “So we see ramping that up fairly significantly and you're seeing that right now around the world.”

This is vivid in international markets, like China. There are dine-in stores overseas that offer delivery, which YUM! calls “restaurant-based delivery.” With aggregators, Pizza Hut is able to easily add the service in those spots. “So for us, the dine-in asset base though is very different around the world for Pizza Hut. In some cases, it's nearly white tablecloth. In other cases, it might resemble more of a fast casual kind of asset, and you have to take into account on the delivery side is the back of the restaurant actually set up to deliver?” Gibbs said. “In some cases it is, in some cases it isn't. In some cases, the menu is something that could be delivered, in other cases it's more of a dine-in menu.”

There’s progress to be made beyond just growth, though.

“Outside of unit development, we have significant work to do around same-store sales growth. Many markets are experiencing similar issues to those faced in the U.S. and we are taking the learnings from the U.S. market and applying them internationally,” Creed said.

There are three key steps YUM! has outlined for Pizza Hut. One, ensuring it has strong operations and digital execution in place to deliver “on being the easiest, fastest, tastiest pizza.”

Secondly, ensure Pizza Hut offers compelling value in each of its markets. For example, the brand has a 69-pesos Pan Pizza in Mexico, £5 Favorites value in the U.K., and medium two-topping online deal in Canada. This past quarter in the U.S., the brand launched a Double Cheesy Crust Pan Pizza in honor of its 60th anniversary. Creed said it shifted marketing away from value, which weighed a bit on same-store sales. In response, Pizza Hut adjusted its marketing for the balance of the year “remind customers we’re a brand offering everyday compelling value.”

Lastly, Pizza Hut continues to work on its “For The Love of Pizza” brand position. “Overall, we are utilizing the repeatable model to roll out these three key initiatives across each of our international markets and we'll continue to update you as we progress,” Creed said.

Digital Becomes the Cornerstone of a New Dunkin'
How Technology Can Augment COVID-19 Safety Procedures
Is Consolidation the Future of Restaurant Technology?