Papa John’s has had its share of culture issues in recent years, but CEO Rob Lynch wants to move forward.

Lynch said the company has worked to create an environment that has “removed guardrails” from innovation across every part of the business. Ideas are flowing freely and abundantly through the company, and no area may better represent that than product and menu innovation.

Although it’s a moving target, the CEO said the brand’s goal is to launch a new innovation every two months. Lynch wants to not only innovate core menu items, but also bring in additional customers with new platforms.

A few months ago, the brand launched Garlic Parmesan Crust, marking the first time Papa John’s has innovated its dough. Lynch said focusing on the dough is key, because he believes there are many who still don’t realize that the brand’s dough is freshly made with six ingredients and no artificial flavors. The CEO said the crust drove comp sales in Q4 and delivered profitability back to franchisees.

The Papadias probably excite Lynch the most. The new $6 item—described as a toasted handheld alternative to sandwich made with fresh dough—rolled out earlier in February. The brand is hoping the product drives additional transactions, incremental profits, and improved labor efficiencies during the lunchtime daypart without cannibalizing other core offerings or its dinner business. The latter represents about 75 percent of sales, while lunch is at about 20 percent. Lynch referred to the remaining 5 percent as afternoon and late night.

“I am dying to talk about Papadias,” Lynch said. “We couldn’t be more excited about this platform. We think this product is just a game changer for us. We believe that customers, once they try it, they love it. It’s convenient, it’s delicious, it’s unique, it’s differentiating. “… We need to optimize our labor pool and our fixed asset base by driving more volume into lower demand dayparts, and so far, we are seeing that, and we couldn’t be more pleased with the performance of that platform.”

The push for innovation is paired with favorable sales momentum heading into 2020. North American restaurants (3,288 units) saw a 3.5-percent lift in same-store sales in Q4, up several percentage points from the 8.1-percent drop in Q4 2018. Domestic company-owned restaurants (598 units) saw a 4.1-percent leap in Q4, rebounding from a 10.2-percent downfall in 2018. North American franchised locations (2,690 units) grew 3.3 percent year over year, up from a 7.4-percent downturn last year. International restaurants (2,107 units) experienced a 2.4-percent boost, compared to a 2.6-percent drop in 2018. 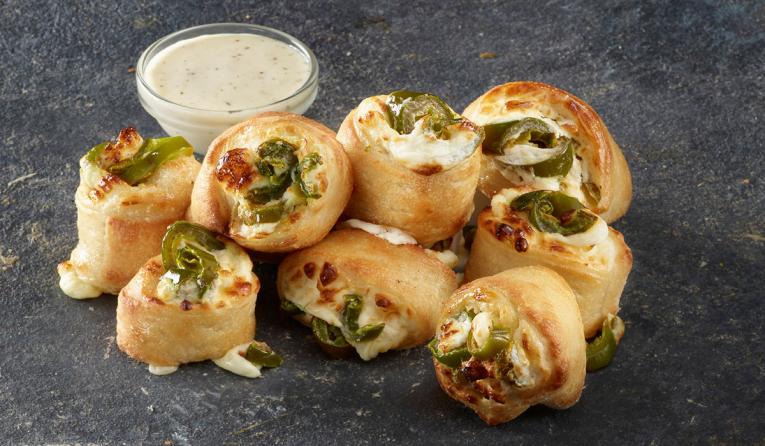 Fourth-quarter revenue grew 5 percent to $417.5 million, while annual revenue dipped 2.6-percent to $1.6 billion. In Q4, Papa John’s opened 19 restaurants in North America and closed 27, its lowest number of domestic closings in a quarter since 2017. It also opened 90 international units and closed 30 in the quarter. For the full year, the brand opened 312 restaurants and closed 220. It ended the year with 5,395 units.

Though updates to the menu may get the most attention, the concerted effort to innovate extends to operations, as well.

For example, the company greenlit a rollout of Papa Call, a centralized order taking system and customer service center across company locations. The rollout will be completed by the end of Q2 and Lynch noted that tests indicate Papa Call is incremental and increasing efficiencies. Franchises should expect the system in the latter part of 2020.

“That will eliminate the need for our people in the restaurants to answer the phones which can be a very distracting and challenging dynamic at your busiest time,” Lynch said. “So, it will allow us to more effectively utilize our labor and will result in a better customer experience and fewer drop calls, because people will not have to be put on hold anymore.”

The new equipment is in addition to the $80 million investment in marketing and financial support to domestic franchisees during 2019 and 2020, which helped the units through lower sales. Lynch said as the program winds down this year, he expects higher comp numbers and productivity.

Lynch noted that the changes instituted by Papa John’s has ignited demand for stores. The brand refranchised more than 20 units in Q4 to current operators, and the CEO said there’s an appetite for more.

“We're also right now actively working with some new large potential franchisee partners that we think could come in and not only operate current restaurants but build a lot more restaurants domestically,” Lynch said. “ … I can absolutely tell you that there are more franchisees today above what we consider to be the threshold of success, if you will, in our system than there were just three or four months ago. So there continues to be progress, both from a sales standpoint and a profitability standpoint, and frankly, a relationship standpoint.”

Regarding off-premises business, Papa John’s will have three third-party delivery partners integrated into its point-of-sales system by the end of Q2. About 66 percent of U.S. stores are supported by DoorDash and Postmates, and UberEats is on the way. That channel represents about 2 percent of sales, which Lynch said is incremental.

In 2020, Papa John’s expects comp sales to reach between 2.5 percent and 5 percent. Internationally, Lynch expects growth between 1.5 and 4 percent. The company is also projecting 100 to 140 net new restaurants.

Lynch said his goal since arriving at Papa John’s has been to innovate and continue to build the chain’s premium differentiated brand. The restaurant has a “pipeline of ideas” ready for 2020, and according to Lynch, those ideas can come from everywhere.

“If our franchisees and their team members have ideas and they send them to us and we believe that they are better than what we're currently doing, we are all ears,” Lynch said. “If the aggregators come in with ways for us to better utilize their capabilities and partner with them, we want every idea. … It's become a situation where we're having to get choiceful on what we do because we have so many people bringing their ideas for it.”