Harissa, ras el hanout, curry—these are a few of the global flavor trends that are changing the face of American cuisine. The foodservice industry moves fast when it comes to menu and flavor, and customers continue to demand new tastes. The National Restaurant Association's 2017 "What's Hot Culinary Forecast" reports that out of the 1,300 American Culinary Association chefs surveyed, 66 percent said that authentic ethnic cuisine was a hot trend, while 65 percent said ethnic spices were trendy. While it is important to be prepared to adapt to these new popular flavors and dishes, it is even more crucial to get ahead of competitors with interesting offers that attract new customers and drive guest loyalty.

What global flavors will consumers crave tomorrow? That's what Henny Penny, a leader in global foodservice solutions, wanted to know when the company asked some of its international sales representatives who live all over the world to share popular trends in their regions. Henny Penny's corporate executive chef, Ben Leingang, weighs in on the likelihood of them being successful in the U.S. market.

Here are the company's best bets by region. 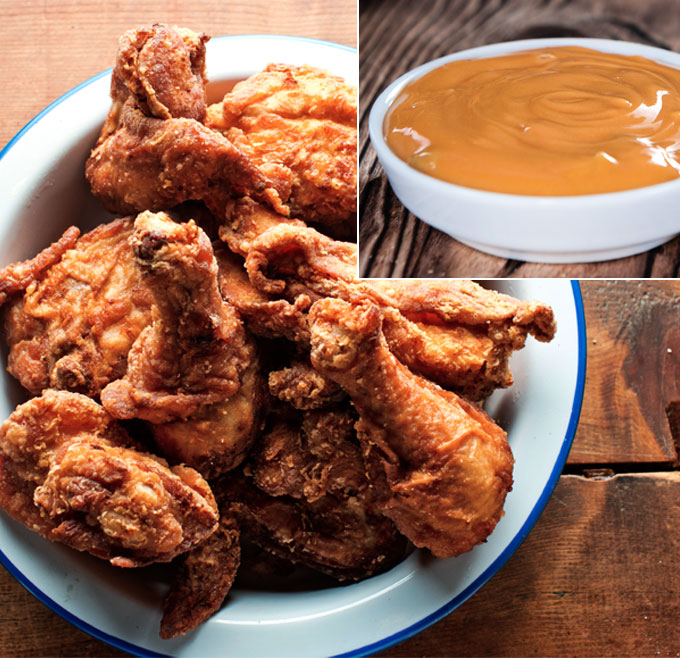 Where is it popular? Indonesia

Why is this the next big thing? Fried chicken is an American staple, especially in the Southeast, and gooey cheese sauce is familiar to U.S. diners who already love nachos. This winning combination offers Indonesian flair, but the pieces are familiar enough to make less-adventurous diners likely to order. "It's a marriage of two items that we love. I don't see how it won't catch fire in the U.S.," Leingang says.

How is it served? A staple of Richeese Factory, an Indonesian quick-serve restaurant, the chicken is freshly breaded and fried. From there, it is put in a display cabinet where consumers can see the final product. The chicken is served at varying degrees of spiciness, which will please heat-seekers, and with additional sauces. The cheesy sauce is served on the site for a little extra indulgence. 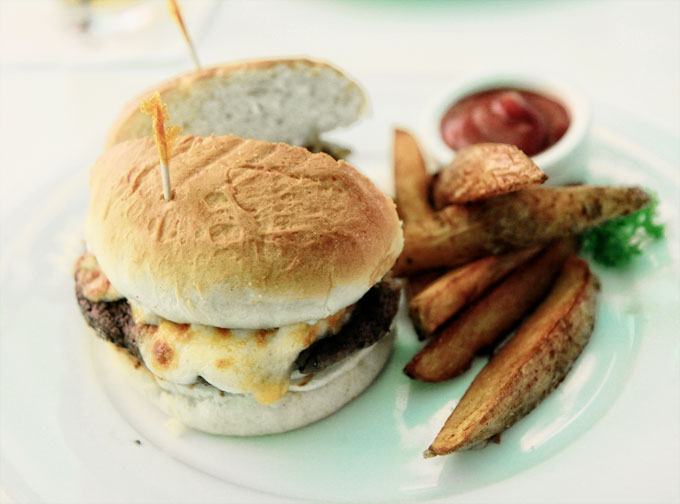 Why is this the next big thing? Camel is a very tender meat that tastes a bit like lamb and offers nutrients, like vitamin B, iron, calcium, and phosphorus. It is also low in cholesterol, especially compared to beef. Though it may take some time to catch on in the U.S., diners are always looking for healthful alternatives to their favorite foods, and burgers could help familiarize an otherwise unfamiliar meat. "This is most likely a niche trend, but with Australia's 1 million head herd, this will have marketing behind it to drive camel to plates all around the world," Leingang says. "That kind of supply only guarantees that this trend is here to stay."

How is it served? Though camel meat is not new to the Gulf region, the camel meat burger is new. It is currently offered by Switch Restaurant in Dubai Mall and served like a normal burger. 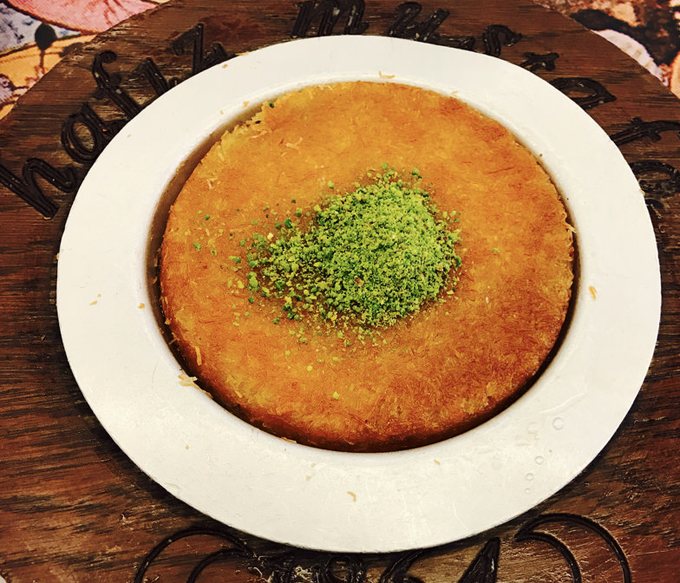 Why is this the next big thing? This dessert consists of dough and melting cheese that is soaked with sugar, making it similar to many traditional U.S. foods, but with a twist.

How is it served? This syrup-soaked cheese pastry is served at most Arabic restaurants and is a well-known dessert with roots in several ancient Mediterranean cultures. It is often served during Ramadan, at weddings, or as a lunch- or dinner-time dessert. Some people also eat it as a meal for breakfast. "Authentic ethnic has been trending for a few years now," Leingang says. "When you have an anchor with something familiar it makes a trend even stronger. This dessert may be a stretch because we like them sweet in the U.S., but we love our dough, cheese, and sugar." 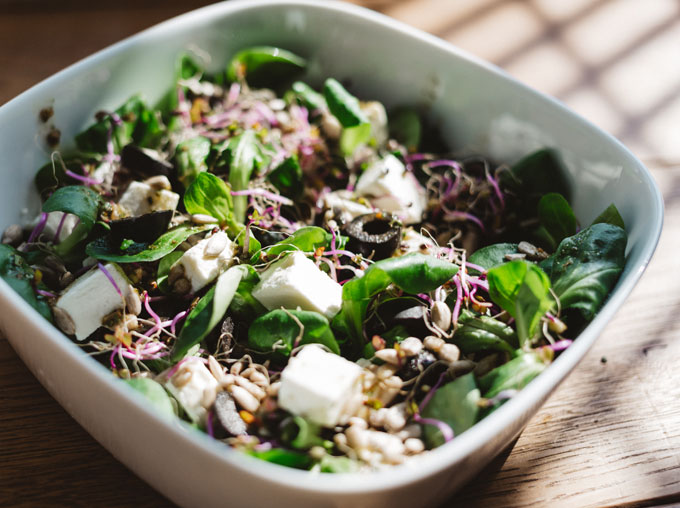 Where is it popular? Western Europe

Why is this the next big thing? Consumers are increasingly focused on health, but they don't want to sacrifice convenience in order to eat better. Like in the U.S., many European quick serves are finding new ways to serve foods with the health halo. This may not be entirely new to American audiences, but it's clearly not going away anytime soon.

How is it served? In Denmark, restaurants are serving gluten-free buns, while French diners are flocking to salad bowl concepts that let them choose their greens and ingredients. "Fast Good is less of a trend and more of a movement," Leingang says. "I see the quality of food increase along with the speed of preparation. People are driving the demand, and technology is the map" 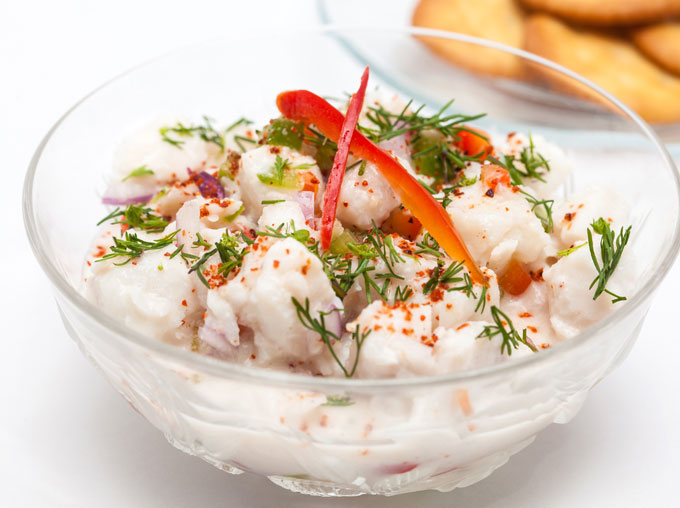 Where is it popular? Peru

Why is this the next big thing? Not only is ceviche shareable—another industry trend—but customization options are also nearly limitless. Additionally, seafood offers so many health benefits that diet-conscious consumers won't feel guilty eating it. It is also made in front of customers, which displays the freshness of the product and gives guests peace of mind about their food.

How is it served? Cevicheria Bam Bam Y Sus Conchas Negras is a Peruvian concept that started as a street cart with outdoor seating and starred on a culinary talent show called Ceviche With Feeling. This restaurant creates dishes right in front of its guests, allowing them to see what goes into the food and gives diners a bit of entertainment. Shareable portions also provide diners with satisfying snack-sized bites so they can eat their fill and spend time with friends and family. "Sushi is now part of life in the USA," Leingang says. "We are going through the poke trend currently. Ceviche is next. It's similar but different enough to keep it on trend."

Though global cuisine's popularity endures, restaurants will need to change offerings and look for new options to keep customers coming back for more. Though the future is uncertain, these international favorites have the chops to appeal to U. S. markets and just may be the next hit on American quick-service menus.