For over a year, quick-service restaurant leaders have grappled with operational changes driven by the COVID-19 pandemic. Now, these challenges have intensified amid a nationwide hiring shortage, leaving many operators wondering how to keep producing quality food and serving guests at the same time.

While these are complex issues, one process can offer restaurants relief from numerous difficulties: the cook-chill system. Just as it sounds, the system allows kitchen staff to prepare food ahead of service, chill it, and then heat it to the appropriate temperature when it’s time to serve. And, thanks to advances in cooking and chilling technology, restaurants can gain these operational benefits without risking losses in food quality.

Just ask Rocky Rockwell, who currently works as a corporate executive chef at Alto-Shaam. However, in his previous role as executive chef at Texas A&M, he was responsible for serving a campus with 50,000 diners. Not only would his team get rushes of 500–1,000 people, but Rockwell was also responsible for dining at the school’s ROTC building, which meant serving 2,500 cadets at a single time.

In order to accommodate such large numbers of diners, Rockwell says he had to bring a team of 30 people in at 4 a.m. to begin cooking—a shift that was difficult to staff.

“We had a hard time filling positions, because most people would rather spend time with their families than work from 4-9 a.m. or 4-9 p.m.,” Rockwell says. “By using the chill-cook system, which my team refined for several years, I was able to develop a labor pool that could work from 8 a.m. to 4 p.m. and do 80-90 percent of my cook and prep work and then chill it so it could be rethermed the following day.”

Not only did the cook chill system help Rockwell better manage his team and increase staff efficiency in a university foodservice setting, but since working for Alto-Shaam, he’s seen it help quick-service restaurants, too.

Take HIYA Taco for example. This Wisconsin-based concept just launched its first store in August 2020 under the parent company Toro, Toro, Toro, Inc., which also operates BelAir Cantina, a six-unit full-service Mexican fusion chain. Though the Toro, Toro, Toro team was already familiar with foodservice operations, Matt Roman López, director of operations for the brand, says he knew HIYA Taco would have to operate differently in order to ensure the fledgling brand was “more than just a “BelAir Cantina Express,” but rather its own concept. However, staffing a new brand, particularly during a global pandemic, was no small feat.

“It’s difficult to find skilled cooks, and most of our staff is very young and working their first jobs,” López says. “Additionally, we wanted our food to be more than scoop and serve. We wanted our guests to see us cooking from scratch on the line, but we needed to speed up the process, since it’s a quick-service restaurant, while still serving food that’s as delicious as you might get at a full-service restaurant.”

In order to solve these challenges, Toro, Toro, Toro met with consultants who showed the brand Alto-Shaam’s cook-chill system. Traditionally, this system relies on Alto-Shaam’s Combitherm combi oven to cook nearly anything from chicken and steak to rice and beans evenly using conductive heat and steam. It can also be paired with an internal smoke box to give items like chicken wings an authentic smoke flavor. Next, by using Alto-Shaam’s QuickChiller Blast Chiller, restaurants can quickly and safely bring foods down to the appropriate cold storage temperatures until it’s time to retherm them in the combi or with a grill. Some brands also pair this with Alto-Shaam’s heated holding cabinet with Halo Heat technology to speed up service. 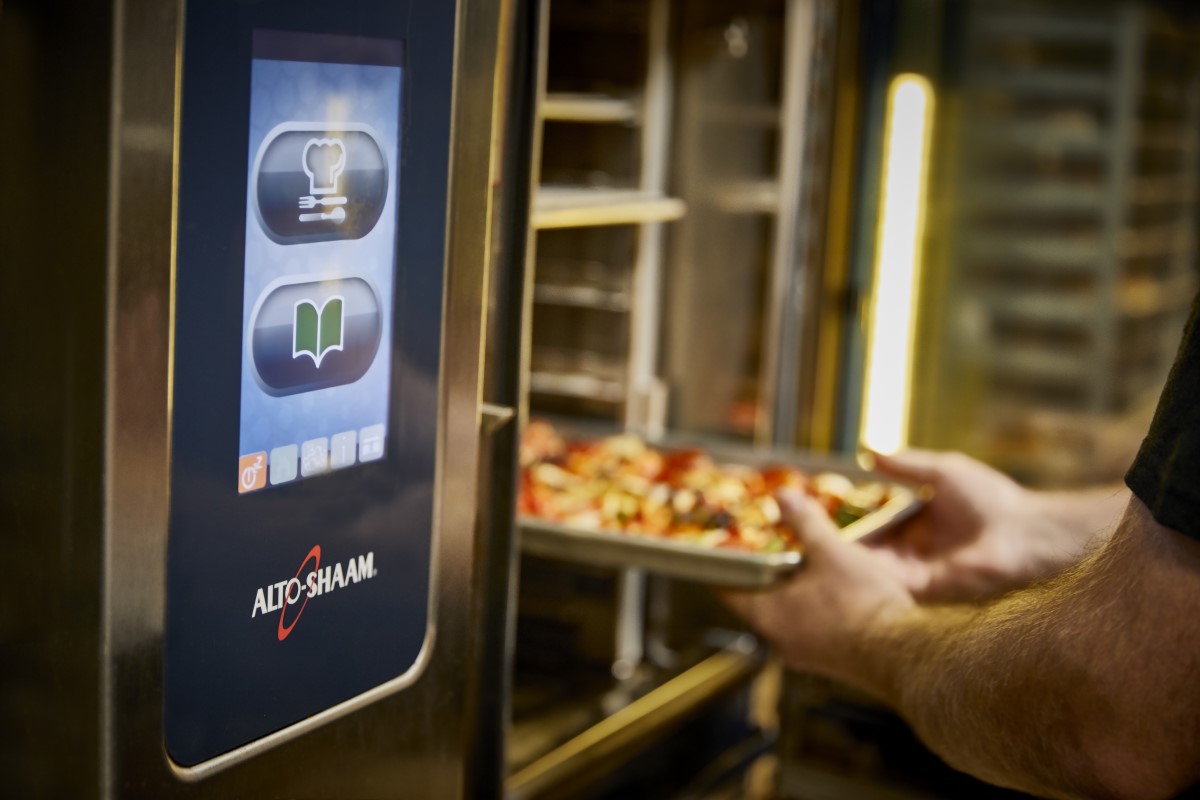 However, in HIYA Taco’s case, the brand preps its proteins, such as pork loin or steak, in advance with the oven, which is pre-programmed with the brand’s recipes to make cooking simple for staff. Then it cools the food in the blast chiller and portions out single servings as needed for orders, which are then warmed on a flat-top grill that’s positioned so that guests can watch staff cook their food.

“This system is really impressive because the food really does feel as if it’s been frozen in time,” López says. “Food comes off the grill so fresh and juicy it’s as if it just came out of the oven.”

Meanwhile, López says the HIYA Taco team is able to prepare the food up to a few days in advance when needed, such as for the brand’s first Cinco de Mayo celebration. In order to prepare for the rush, the HIYA Taco team prepared the ingredients for its shredded chicken tacos ahead of the holiday using the cook-chill system. López says that not only did the system allow the brand to operate efficiently during the celebration, but the food also remained at a consistent high quality. He also says this system has been an important part of HIYA Taco’s successful launch.

“The system works,” López says. “Despite being technologically advanced, the equipment is easy for a 19-year-old cook to use, and the cleaning functions make it easy to manage. This system helps us align with cultural changes in the industry. Guests want a quick experience, and the cook-chill system helps us deliver that while still producing higher-quality food than the average quick-service restaurant. I think this system is probably the future of the restaurant business.”

To learn more about the cook-chill system can help your brand, visit the Alto-Shaam website.

The Role of Risk Mitigation in the Food Supply Chain
Will the End of Expanded Unemployment Really Fix the Hiring Crisis?
Starbucks Facing Supply Chain Shortages

Jack in the Box Reveals its Restaurant of the Future
Auntie Anne's Opens First Drive-Thru Store
Will Your Drive-Thru Pass the 'Blindfold Test?'

Can Restaurants Come Back Stronger than Ever?
Hiring the Right Security for Your Restaurant
What’s Next for the Restaurant Revitalization Fund?