Mobile Ordering Gets an Upgrade at Dunkin'

The numbers aligned with Dunkin’s fast-paced personality, and how it hopes to separate from java competitors. This past quarter—Q2 of fiscal 2019—average weekly sales for on-the-go ordering ballooned 30 percent, year-over-year. It made up 4 percent of total transactions.

But this only illustrated part of the potential puzzle. At locations without a drive thru, the figure leapt to 7 percent. In certain urban areas, during peak hours, mobile ordering exceeded 25 percent of transactions.

While this all stirred, Dunkin’ drove more than 1 million new members into its DD Perks loyalty program in Q2, finishing with 11.7 million guests. That’s up past 12 million today. And nearly half of active Perks members used mobile order and pay last quarter.

The result: a two-pronged opportunity for Dunkin’. Firstly, to broaden its membership funnel and bring even more guests into rewards. Secondly, roll out features to expand mobile ordering for customers unable to access it currently—something that fits into Dunkin’s differentiated positioning of speed, convenience, and value that it measures all innovation against.

On Thursday, Dunkin’ addressed that second note by extending on-the-go mobile ordering to all customers. Previously, it was available exclusively to DD Perks members paying with an enrolled Dunkin’ gift card. Now, the brand’s new “Guest Order” feature allows any customer to place mobile orders through the app, and pick it up by either walking in-store or going through the drive thru.

To order, users select “Guest Order” on the home screen, select their menu items, and then pay using a debit or credit card, with other payment options coming later this year.

Additionally, Dunkin’ announced that it's expanding a multi-tender test it rolled to 1,000 stores in the spring.

Starting in October, DD Perks members can earn points for every eligible purchase no matter how they pay, including cash, credit, debit or a Dunkin’ gift card. To earn points, diners will need to have their DD Perks loyalty ID QSR code in the Dunkin’ app scanned before they pay. The points earned on their purchase, as well as their balance, will be included on a printed receipt. 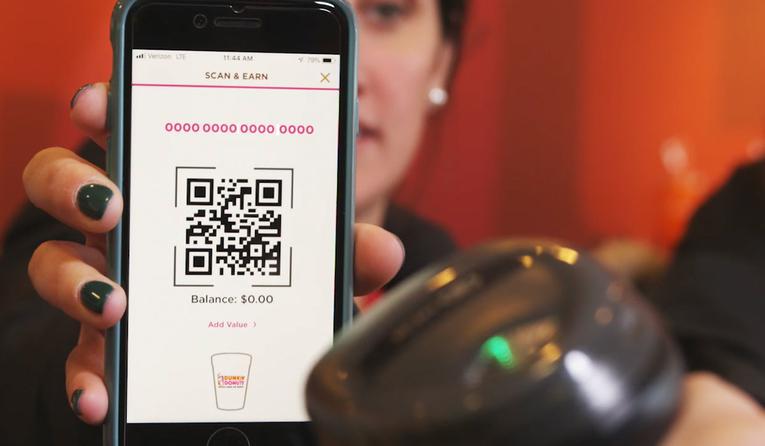 The ability to earn rewards, no matter how you pay, is going to be a big unlock for Dunkin'.

Stephanie Meltzer-Paul, vice president, digital and loyalty marketing for Dunkin’ U.S., says this was one of the biggest feedback pain points from members.

“We think it goes a long way in offering up the flexibility for our program that we’ve been wanting to give customers,” she says. “We definitely think it’s the right next step.”

Dunkin’s digital journey has moved quickly. DD Perks took roughly five years to hit 10 million members (in 2019) and was growing at a rate of about 500,000 members per quarter before picking up speed recently.

In mid-2019, Dunkin’ shifted gears, too, focusing less on simply growing the base to actually fine-tuning it. Essentially, pushing the program more toward personalization and customization than sheer numbers.

Like many restaurant chains in the space, the previous iteration looked something like this: x amount of purchases equals y level of redemption. It didn’t matter who you were, where you shopped, or what you bought on a regular basis.

Dunkin’ evolved to become a more typical loyalty-type program, where incentives are personalized and customized based on driving more incremental traffic. That over simply shooting off coupons and hoping for a burst of business.

For example, during Dunkin’s espresso launch, the brand offered three different tiers of points to Perks members based on their current and potential usage of the product. It gave higher levels of points to customers it thought needed greater incentive to try the product. CMO Tony Weisman said at the time that Dunkin’ had a retrial rate greater than the average customer from the effort.

Yet all along, Dunkin’s single greatest barrier to broader participation in its Perks program was the construct that required pre-loading a credit card in order to participate and use on-the-go mobile ordering.

Meltzer-Paul says October’s systemwide expansion is all about streamlining the process. In the past, she says, loading funds to a DD card proved successful, and helped Dunkin’ membership. “But it’s a commitment,” she says. “You have to load funds and we heard feedback from certain members that maybe they weren’t quite ready to make that commitment to load funds from day one, and they wanted to try out our loyalty program, get used to our loyalty program, without maybe having to take that additional step.”

Dunkin’ digital ecosystem has improved steadily ever since it secured a perpetual license in 2018 to the code that runs its mobile app. Doing so opened the door for flexibility and allowed Dunkin’ to get to market quicker with some of its digital initiatives. 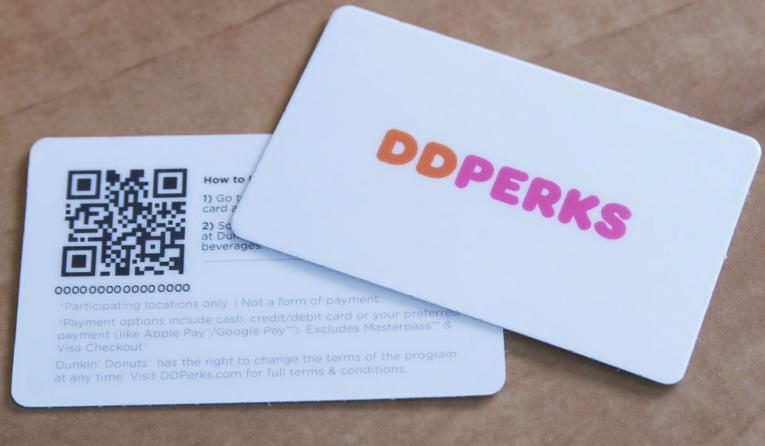 A big change was evolving to one-step enrollment, which Hoffmann credited for driving the million new members in Q2. Loyalty currently represents about 13 percent of sales.

Meltzer-Paul says Dunkin’ has made UX and UI enhancements to the app throughout the year, but the most recent redesign includes online ordering for all guests, as announced Thursday, a fresh look, guest checkout, and a streamlined user experience. “As few clicks as possible to get in, order, get on your way,” Meltzer-Paul says.

The second element, she adds, was a focus on customization to ensure customers could apply the same level of refinement to digital orders as they could in-store. And then just getting the word out with direct email marketing and push notifications once a member opts in.

“Within the app we’re also making sure we’re bringing to the forefront the offers and rewards that we have valuable to so they can see the value come through,” Meltzer-Paul says.

A standout feature of Dunkin’s app has been its virtual gift card program, she says. Users can use the app to buy DD Cards and send them to friends via text or email, without any down time.

Meltzer-Paul says Dunkin’ sees spikes around holidays, back to school, gradations, etc. The brand markets heavy around last-minute gifts. There’s also an easy feature from the app to take the rewards leap.

Dunkin’s Perks platform gives customers give points for every $1 they spend on qualifying purchases. Once they hit 200 points, they receive a coupon for a free beverage.

There are Perks-exclusive promotions as well, like triple-point offers to celebrate the end of summer. Or a recent New England offer that gave users six times the points to honor the Patriots’ sixth Super Bowl.

On the earlier evolution in data topic, Dunkin’ now collects information around locations, products, and can send deals that fit the guest.

Delivery is going to play a bigger role at Dunkin’ moving forward, Meltzer-Paul adds. The chain launched through Grubhub at 400 New York City restaurants in June, with plans to expand. Meltzer-Paul says the brand is looking into catering as well.

“It’s really just thinking about convenience and any way we can make mobile ordering, digital ordering, as convenience as possible to get our customers on their way, on their day, as quickly as possible,” she says. “That’s what we’re all about.”

Dunkin’s delivery runs through its POS integration that goes direct into stores from the Grubhub system, which allows the brand to time when the order comes in close to when the driver is nearby to pick it up. “And that allows us to deliver the order in a very low amount of time,” Meltzer-Paul says, “to make sure iced drinks remain cold and hot drinks remain hot.”

Dunkin’s next-gen remodels (500 are expected by year’s end) have also played into the brand’s technology push, including the mobile-only lane in the first refresh.

In those refreshed units, options like on-the-go mobile ordering are prominent. Getting the word out systemwide will take some time, however. “You’ve probably noticed that we are marketing our on-the-go mobile at the end of every commercial that we run,” Hoffmann said. “… the real factors have been visibility in store and the advertising, ease of enrollment, and then the ability to secure points and the benefits of membership paying any way you want. And we are, in fact, seeing ways of converting them with more one-to-one marketing based on their behaviors, what we see them purchasing and we’ve gotten into much more sophisticated and individualized targeted marketing.”