As consumer demand for snacks at all hours of the day continues to rise, Cinnabon wants to be a choice, no matter the venue.

As customers increasingly shift to off-premises dining, it’s not just how they’re eating that’s changing. The constantly busy American lifestyle is transforming exactly what—and how much—consumers are eating at any given occasion.

This evolution in eating habits has many chains looking at new menu platforms that can attract customers during off-peak dining periods.

“The consumer and the whole dining experience in traditional restaurants is changing so rapidly,” says Fazoli’s CEO Carl Howard. “You need to be aware that people are eating differently at different points of time. They don’t always want a heavy meal. We’re working until we go to bed because of phones, so snackable products are definitely important.”

That’s a major reason the Italian joint has rolled out a new snacking platform. Like many restaurant brands, Fazoli’s stores often experience strong lunch and dinner rushes followed by lulls in traffic. But those periods of low revenue still require staff, technology, and utilities to keep the doors open.

“Those hours become a lot more expensive to operate,” Howard says. “We want our restaurants full from open to close as everybody else does. … You have to have minimal staffing. You’ve got to have a cash register, a cook, and a manager. You’re just trying to do as much revenue-per-square footage as you can. Fixed costs and operating costs are not going away.”

Fazoli’s has built its snack products around its most iconic menu item: the breadstick. After testing a few items, the company plans to roll out breadstick-centric snacks across the country.

“The consumer just loves our breadsticks,” Howard says. “So we thought, why don’t we try to build a platform off this breadstick?”

“We were trying to find a nice entry-price LTO we could roll out to the system that didn’t have to be at a higher price,” Howard says. “We don’t have an appetizer platform. And can we do more stuff off-peak between 2 and 5 (p.m.) and 8 and close. … It’s great for the consumer looking for an afternoon snack or late-evening snack, but doesn’t necessarily want to knock down a baked spaghetti, a salad, and four breadsticks.”

The new snack line has also proved to be a popular add-on item; Fazoli’s saw an increase in average checks in its test markets, as most customers opted to try the snack items as part of a larger order. 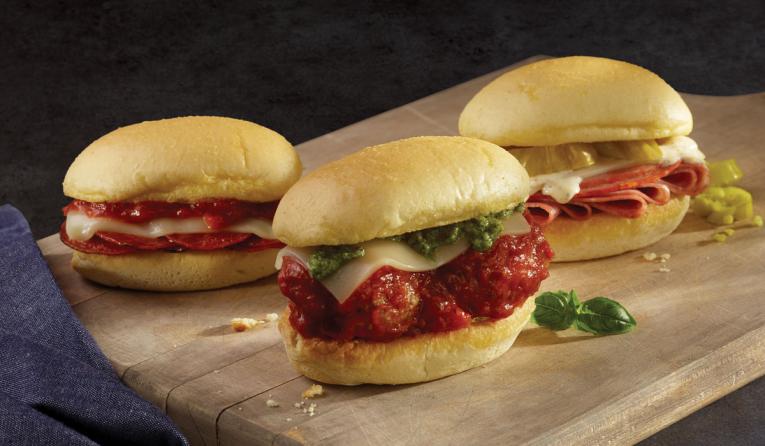 Fazoli's Breadstick Snacks will make their official debut in all markets this summer.

“The great thing for us and why we’re enamored with this idea and why we’re so excited about it is that 79 percent of these products are purchased with the inclusion of a normal entrée,” he says. “The guests are really using these as an appetizer or to try something new.”

A similar desire to ramp up traffic outside the traditionally busy morning daypart has driven several menu innovations at Dunkin’ Donuts.

In January and February, Dunkin’ offered $2 hot or iced lattes between 2 and 6 p.m. And in April, the company rolled out its GO2s menu, an all-day menu that features two breakfast sandwiches at a $2, $3, or $4 price point.

“We have an ongoing commitment to menu innovation and meeting the needs of our on-the-go guests at any time of day,” Healy says. “While the morning is certainly a key time for our business, we are also focused on driving traffic in the afternoon, including through new beverage and snack innovations.”

Cinnabon has long centered its business around snacking. Its sweet cinnamon rolls have been a staple of the shopping-mall experience for years. Now it’s hoping to deliver at traditional mealtimes and snack occasions in a multitude of venues, including airports, truck stops, and convenience stores.

“As these snacking patterns have changed how consumers are consuming product, we actually are benefiting from that,” says Jill Thomas, Cinnabon’s vice president of global marketing. “In malls, we are the snacking leader. In that part of our business, we see a nice increase in the lunch daypart and dinner daypart as people shift how they’re eating. So we haven’t done a lot of programming around off-peak windows for our mall bakery. But [we have] in nontraditional locations, which is where we are growing, and it is specifically for that reason.” 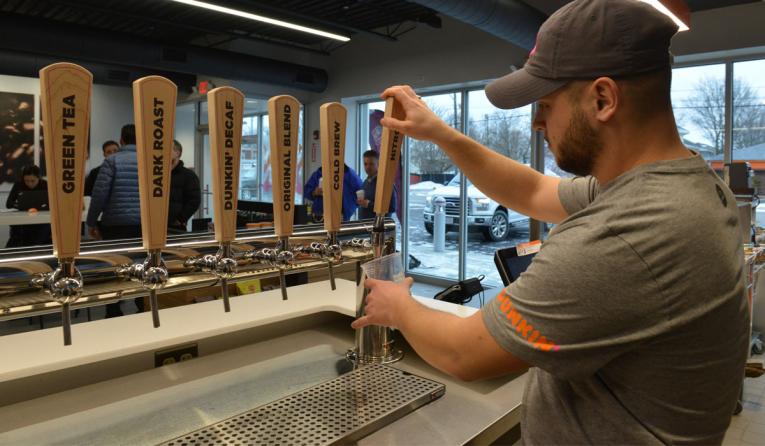 In a Flying J or Pilot truck stop, a Cinnabon’s traffic can resemble that of a traditional quick-serve breakfast brand with an early morning rush as people start their days. But the kiosks in those stores also experience an afternoon spike as those passing through pick up a sweet treat.

“People need that pick-me-up,” Thomas says. “They’ve had a tough day, they want that treat. That’s always been a very, very big daypart for us.”

As consumer demand for snacks at all hours of the day continues to rise, Cinnabon wants to be a choice, no matter the venue. Thomas says indulgent treats aren’t reserved for just the mall.  That’s why the brand has its Cinnabon Delights on Taco Bell’s drive-thru menus from the early morning to the late night. And it’s why the company has moved into consumer packaged goods available in grocery stores or convenience stores.

Consumers’ busy lives make on-the-go options more important than ever, Thomas says. That’s driven Cinnabon to offer other treats aside from its mainstay rolls. Its portable Bon Bites are well suited for a quick meal or snack. The company is even dabbling in more savory treats, which are particularly important at airport locations. While Cinnabon’s Classic Roll isn’t going anywhere, Thomas says these innovations are all aimed at ensuring the company can serve disparate consumer needs.

“I think we want to be known for craveable baked goods and beverages. That can take all kinds of forms,” she says. “Right now, we’re having the most success with indulgent treats, but we are very much testing more savory snacking and will continue to do that until we find the right formula and mix of products that allows us to have a product appropriate for any day, any time of day, and any consumer needs.”