Influencer Marketing and COVID-19: Can it Reinforce Customer Trust?

Restaurants want to form bonds with core guests. Is this the answer?

Chipotle has deployed an influencer strategy for years, including activations with "super fan" David Dobrik,

In a recent Datassential study, more than 200 brands said they’ve noticed a shift to comfort foods amid the pandemic. Fifty-three percent of guests started to order from a narrower set of items. In response, just 18 percent of operators said they were using COVID-19 as an opportunity to try new things. Nearly 40 percent (38) were simply reframing menu planning. Forty-four percent paused the process altogether.

What this tells us is something restaurants noticed from the onset of the now nearly four-month-old crisis: Customers have significantly diminished their decision-making process when it comes to dining out.

Markedly, people are relying on the brands and experiences they’re familiar with. And they’re going back to those restaurants throughout the pandemic. It’s likely they’ll do the same in post-lockdown early days.

The dynamic has stirred an interesting challenge for marketers. Pre-COVID-19, given the oversaturated landscape and declining traffic industrywide, restaurants spent heavy trying to pull visits from competitors. The loyalty game shifted thanks to younger generations.

It’s why you saw chains like Burger King offering 1-cent Whoppers to smartphone users near McDonald’s locations. The campaign generated 1.5 million app downloads and provided Burger King with a modern form of currency—guest data, and the ability to remarket through incentives and convenience that would hopefully steal business from segment rivals.

But COVID-19 agitated this path.

Restaurants today, as much as anything, aren’t trying to conquest competitors anymore. Rather, they’re doing everything possible to keep and satisfy already-core guests. They’re leaning into that trust factor that’s emerged as the No. 1 selling point for so many. It’s also traditionally more cost-effective to retain an existing customer than acquire a new one, by five-fold, and budgets are tight.

Joe Piaskowy spent roughly four years with McDonald’s as its senior brand engagement manager. In March, right ahead of coronavirus, he joined Influential, a technology platform that connects brands with audiences via data and machine learning. It’s an AI social data and conversion tech company, and an exclusive influencer partner of IBM Watson.

It’s the latter point that’s surfaced in recent weeks as a powerful pandemic tool. Influencer marketing has hovered in restaurant circles for some time, especially as mascots and brand spokespeople decline in broad relevance. Ronald McDonald isn’t the visible entity today nostalgic diners remember. There is also a lot of risk involved tying a brand to one pillar, like Subway and Jared Fogle, or Papa John’s and John Schnatter, although both were unique circumstances. 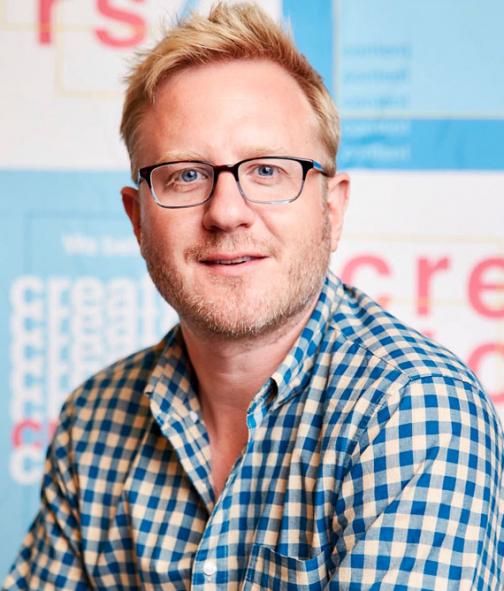 Joe Piaskowy believes influencer marketing can help restaurants bolster the trust relationship they have with customers.

But widely, influencers tap into the changing way people consume content: Digitally, and probably via mobile devices. They are getting information direct from sources they associate with—from the communities and networks they’ve nurtured on their own platforms. Often, it’s likeminded people who share similar interests and demographic traits.

For restaurants, this is a hard shell to crack where it concerns new customers. Chances are digital users track the brands they already frequent. There isn’t a ton of discovery happening without paid content.

Yet the challenge with getting content to followers—even those already locked in—has a lot of layers for marketers. Organic content, Piaskowy says, reaches only 1–3 percent of a brand’s follower base.

And this is where a paid media strategy, audience targeting, and influencers can bridge the gap—an essential communication goal given how hard it is to reach guests in a socially distant world. There’s also a lot of information to get out, from reopening plans to safety precautions to commentary on America’s racial tumult.

At the heart of an influencer strategy, Piaskowy says, is amplifying brand messaging. “When you’re posting from your own operated social channels, you’re reaching a very small percentage of your followers because you’re posting organically most of the time,” he says. “You’re also reaching a lot of people who probably already are aware of what your business changes are. Influencers can help you talk to a wider group of people when you put media behind it.”

To the earlier point, influencers build trust because they offer an authentic voice. Piaskowy says data shows consumers prefer hearing from influencers now more than brands. It fits the complicated and uncomfortable times of COVID-19, too. “It’s imperative that messaging is authentic and on point, and takes into consideration what’s happening in the world,” he says. “The worst thing you can do right now is come off tone deaf or insensitive. It can be a death sentence.”

The truth is there’s too much information and noise on social media, and one behavior that’s stayed mostly consistent over the years is that people find their voice and stay on that journey. Consumers use social media to reinforce what they already believe.

Despite whether this is a positive or not, generally speaking, it can create a muddy world for restaurants trying to reach mass audiences. Piaskowy says this is why it’s critical to amplify a brand message through an outlet that’s personal and adds value to peoples’ lives, yet still takes into consideration the context of what’s happening in the world.

“I think this is truly an opportunity for brands,” he says. “This is a time where social media usage is way up. People are searching for answers, and they’re receptive to receiving information more than normal. And so it’s an opportunity to reach your brand fans and get that information out. To reinforce the trust and bonds you have with fans.”

An influencer strategy can get complicated. It’s not as easy as searching the web for someone with a lot of followers and stalking their accounts. To put it plainly, a lot could go astray, because your fans are going to do whatever detective work you glossed over.

While Piaskowy admits he works for one, he says his time with McDonald’s allows him to speak objectively on why a third-party approach makes sense. Namely, they can vet influencers properly. They have some actual historical knowledge of how the person behaves and what they’re like to work with. Influential’s network features more than 300,000 social media influencers and can track deterministic one-to-one in-store foot traffic and sales attribution from paid influencer posts. It uses IBM Watson to connect influencers with brands via psychographics and demographics.

Additionally, a third-party can lay out the parameters of what the relationship looks like (how many posts, timing, etc.)

“There are a lot of nuances to the way people speak. It’s hard to go through all those posts,” Piaskowy says. “People have reputations or working positively or negatively with brands and it’s really hard to enter into that without the help of a network.”

However, if a restaurant is going to go it alone, he recommends background checks, seeing if they’ve ever posted inappropriate content, or have worked with rival brands. Then ticking off the less tangible things. Does their personality align with ours? Do we share fans already?

“More than anything, it’s about finding real people to tell real stories, right? It’s really about those authentic voices for your brand,” Piaskowy says.

He suggests using social listening software to see who’s talking about your brand and speaking about it positively. Take that list and then see who’s worked as an influencer before. That’s a solid starting point.

Similar to the fall of the brand mascot, Piaskowy isn’t a big proponent of celebrity influencers for restaurants. He prefers the micro to macro content creators who have developed audiences through hustling and finding a digital voice. Not working backward from name recognition.

Say, somebody who has 300,000 followers, not 3 million. Those influencers tend to enjoy rabidly engaged communities because they’ve been with them throughout the entire process. There’s a history of trust.

“If you’re working with the right influencer, one who is choosing the right brand deals and being strategic about it, there’s a ton of power in what that voice can unlock with their community,” Piaskowy says. “And we see a ton of incredibly strong results in that micro level.”

At McDonald’s, Piaskowy says, they were able to drive incremental foot traffic and from targeting the right audience this way. He believes it has even greater potential in a COVID-19 climate because restaurants can find their fans and authentic voice, and then use them to spread awareness and reinforce trust between brand and consumer. Call it word-of-mouth marketing where nobody actually sees each other in person.

“If you are talking to your fans and using your fans to spread the love and spread the messaging, you’re going to have a much better chance to reach the right people and bring people back in,” Piaskowy says.

McDonald’s CEO Kempczinski brought the point up multiple times in their Q1 earnings in April. This notion that consumers will lean on familiar brands. “Our overall view is as markets start to open up this desire to really return to familiar favorites, to brands that are known is very, very powerful,” he said.

Brand-led messaging will unlock the opportunity, Piaskowy says. Old tactics, like highlighting LTOs or menu changes have been pushed aside for a bit. “It’s really going to be much more about convenience via the app, delivery, and then I think brand messaging is where I really see all marketing going, but especially with [quick-service restaurants]. That’s the future,” he says.