After finishing 2018 strong, Del Taco is looking forward to pushing new initiatives in the coming months. For the sixth consecutive year, the company closed with an increase in sales growth—this year it was a 2.5 percent increase across the system.

“We view [this figure] as indicative of our strengthening franchise system and Del Taco's brand portability across a diverse geographic footprint,” he said. “Our franchise momentum, coupled with our non-core Western market refranchising strategy, is expected to stimulate development interest across existing and new franchisees to help expand Del Taco's brand reach.”

Over the past five years, the average-unit volume of franchised locations has increased 30 percent. A 7 percent increase year-over-year of franchise revenue drove the brand’s increase in comps for 2018.

“Our portfolio optimization strategy is designed to help grow AUVs and stimulate new unit development,” Cappasola said. “By shifting our portfolio mix, our company-operated footprint will predominantly reflect strong AUVs and restaurant margins in our core Western market, plus a strategic presence in our emerging markets.”

By 2020, the company wants to shift its portfolio to 55 percent franchised.

“We feel really good about giving them the opportunity to turn these restaurants into a big win and they have a proven capability of doing that and some other acquisitions that they have done within our systems,” Cappasola said. “These transactions are expected to optimize these restaurants for AUV growth.”

Other markets outside of the core Western area will also be a part of the refranchising initiative. The strategy for the non-core markets does not currently have a timeline set in stone. Cappasola said the strategy will be slightly different in these markets and the company is evaluating the best way to partner with existing or new franchisees to fuel growth.

“We also plan to refranchise our non-core Western markets to help stimulate development, as we begin to solve for the common prospective franchisee desire to buy than build,” Cappasola said. “... The process will proceed with a focus on transacting with the buyers who are most likely to deliver on their growth commitments.”

The proceeds from the sale of company locations will go toward funding new markets and helping develop franchise growth opportunities.

During 2018, 13 company-owned locations and 12 franchised restaurants opened compared to 20 openings in 2017 and 13 in 2016. Along with refranchising, the company is ramping up growth across the board and expanding into new markets.

Cappasola expects the company will be in 14 states during 2019.

“Our franchise acceleration has been particularly encouraging and has been enabled by strengthening our franchise foundation through enhancements and investments in recent years to position franchising as a pillar of our growth strategy,” he said.

During the conference call, BTIG analyst Peter Saleh asked how the absorption of company units could affect growth among franchisees, and if it has delayed new development.

Cappasola sees the refranchising strategy as a way of infusing new blood into the system and giving existing franchisees a chance to expand their footprints. In turn, the company can leverage these franchisees for growth in the future.

“We're definitely looking to bring some new blood into the system that can leverage a base of company operations to get really competent on the brand very quickly and then pivot obviously into growth,” he said. “Whether it's a new franchisee or existing franchisee, their ability to move and deliver on a growth agreement, that's material for us.”

Future growth opportunities will be built into the sale process, Cappasola said. 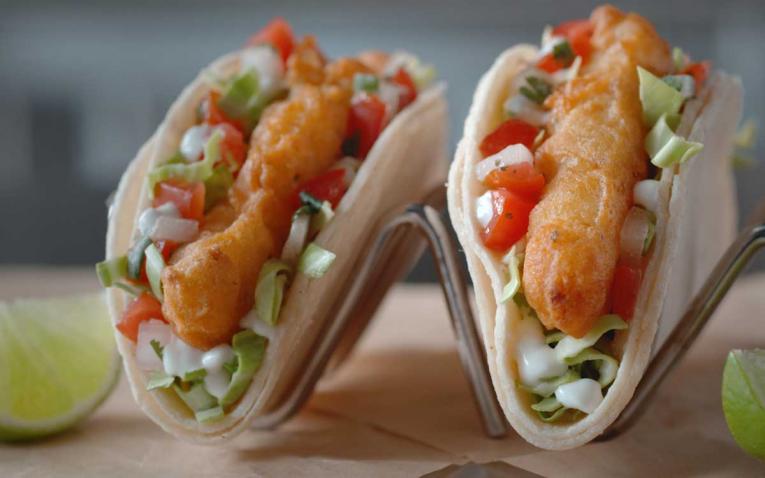 “We're focused on driving traffic momentum profitability through a series of strategic initiatives using a phased approach,” Cappasola said. “This starts with our digital transformation through our new app and expanded third-party delivery.”

Del Taco launched delivery with Grubhub to all company-owned restaurants during Q1 of 2019. The company is testing out how to optimize its systems and expand coverage to meet customer demand.

During testing, consumers were willing to pay for the convenience of delivery and Del Taco worked in pricing without backlash. Delivery check averages are about two times the average of in-store checks.

“The consumer was willing to pay it because of that additional convenience to you being able to get Del Taco delivered to your doorstep,” Cappasola said.

One way to deliver efficiently will be by adding more delivery partners. Delivery with DoorDash and Postmates will be rolled out in 2019.

“Our strategy on delivery as we believe a multi-delivery service provider approach is the best way for us to kind of breakthrough and optimize consumer demand,” Cappasola said.

Each delivery service offers something different and by partnering with three different services the company will be able to meet the needs of its customers. The Grubhub rollout is still in its infancy and Del Taco believes the performance will grow as marketing is rolled out throughout the rest of the year.

“Driving brand awareness is going to be a key piece for us as we move forward,” Cappasola said. “The other piece that's going to help create some more demand on the delivery front is going to be adding the additional two providers.”

On the tech front foot

Del Taco’s app launched last November and already has 400,000 registered users. In order to build its database, Del Taco provided offers through the app. Cappasola said the app would be a long-term part of the brand’s overall marketing platform, and the “long-term opportunity it provides to drive guest frequency as it scales.”

There is plenty of room to grow and add users to the app. There are about 700 users per location. The number of users is OK, but Cappasola believes the company can break seven figures.

“Of course, we're ramping up quickly,” he said. “I could see us in the high six-figure range, maybe low seven-figure range this year.”

Now that the company has built a base for the app, Del Taco will shift its focus to a deeper loyalty program on the platform in 2019. The company wants to give customers a reason to come back on a weekly basis.

“We're looking at their activity, we're sending them targeted offers,” Cappasola said.  “Over time as the database becomes bigger, it will be easier for us to be more certain in regards to how we can move the needle on the same-store sales side of the business.”

“There are a lot of exciting things happening at Del Taco,” he added. “Our digital value and innovation strategies will serve as important catalysts for sales growth, and as always, we plan to complement our top line initiatives with effective margin management.”