Rego Restaurant Group is on a mission to propel once-popular brands back to prominence.
Finance | January 2019 | Danny Klein

Edgy marketing could benefit Quiznos as it attempts to regain national appeal.

High Bluff Capital’s June acquisition of Quiznos wasn’t simply another blip on the frenzied M&A radar. It was, in earnest, the introductory move from Rego Restaurant Group, a new platform that wants to make a habit of resurrecting once-mighty brands.

Roughly a month after buying Quiznos for an undisclosed amount, the San Diego-based private investment firm, which backs Rego, scooped up fast casual Taco Del Mar (also for an undisclosed price), a concept that numbered about 100 stores in the U.S. and Canada at the time. And then in early January, it announced that Tim Casey, formerly president of Qdoba and brand head of Rusty Taco, was taking the reins as CEO and president of Rego. Casey succeeded Gerry Lopez, who served as CEO and chairman on behalf of High Bluff to set up its two initial investments.

Now with multiple restaurants in its portfolio and an experienced restaurant leader at the controls, Rego is gearing up for expansion through additional acquisitions. Anand Gowda, executive chairman of Rego and managing partner of High Bluff Capital Partners, says the company could add “six to 10” more restaurants en route to generating, as a target, north of $50 million of EBITDA.

As for what that looks like, Gowda, who was president and managing partner of Metropoulos & Company—an investor in Hostess Brands during its turnaround—before founding High Bluff, says Rego is targeting strong, regional brands it can expand nationally. Or once-powerful national brands “that are sort of fallen angels that we believe we can resurrect.”

Want a blueprint? Look no further than Quiznos.

Founded in 1981, Denver-based Quiznos’ retraction since 2007 took it down to about 800 units (there were once 5,000 or so), with a large swath of those stores in 32 countries outside the U.S. The brand closed more than 100 restaurants in fiscal 2017. It emerged from bankruptcy in 2014. Executives agreed to a restructuring plan at the time that would reduce Quiznos debt by more than $400 million. The plan involved three of the top figures in the company forming an agreement to trade $445 million in debt for $200 million in new debt plus 70 percent of its shares. During its retraction, Quiznos had to deal with a bevy of legal issues with franchisees over its purchasing policies and high-food costs. Additionally, Quiznos struggles are often credited, in part, to its heavy office footprint and the impact of The Great Recession. Since those buildings suddenly had less tenants and workers, Quiznos had to grapple with less business. The influx of fast-casual operators into the space also squeezed margins.

Those struggles, among many others, were well documented. But so is the reality that Quiznos still possesses significant brand equity, Gowda says. “It’s the No. 2 unaided customer sandwich choice next to Subway when it’s brought in front of the customer. What you have, I think, is the ability, with that particular brand, to bring the unit count up, bring the regional density up, and then to support that with strong marketing,” he says.

What Rego can do for Quiznos, Gowda adds, is support the chain with an efficient back office, which will allow it to clear up additional capital and invest in “out-of-the-box-type” marketing and product quality. “We can try things that are unique and different without having to commit to big focus groups,” he says.

Unlike many franchisors, which are looking to build a national reputation and then leverage that by growing their franchisee base aggressively, Quiznos already enjoys national equity in most of the major DMAs in the U.S. That allows Rego to do some unique things with marketing that other chains couldn’t, Gowda says.

“We can appear on GrubHub and UberEats and people will recognize us and want to eat our sandwiches,” he says. “Other people don’t have that advantage.”

Gowda adds that more aggressive and active social media, print, and radio are all part of this. But so are “some quirky edgy things that maybe the customer is not expecting.” This extends to store designs that return Quiznos to the “hip, cool, interesting, edgy concept that it once was,” Gowda says.

One of the culprits of Quiznos’ fall was that its toasted sandwiches and offbeat menu were previously all the edge it needed, and it never evolved past that. In some cases it went too far even with innovation, without the proper return. And then those same differentiators progressed to the mainstream. “So we have to bring forward not only sandwich concepts that are unique and edgy, but hopefully an environment when you pick up a sandwich, eat a sandwich there, that feel on trend and edgy,” Gowda says.

“And that’s going to be done by appealing to the millennials and trying more guerrilla marketing tactics as opposed to mainline radio and print. You have to think outside of the box.” 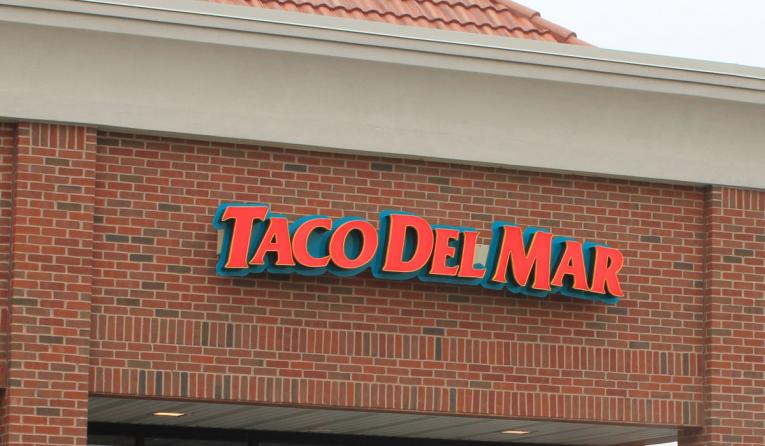 Like Quiznos, Taco Del Mar had fallen on tough times.

Rego plans to stick to the limited-service space. If you look at Taco Del Mar, it’s easy to see the thread Rego expects to start weaving. The chain, which debuted 1992 in Seattle, grew to 70 restaurants by 2002, with most of the units in its home markets. However, Taco Del Mar traversed a rocky franchise history in recent years, not unlike Quiznos.

Taco Del Mar Franchising Corp. sought Chapter 11 protection in January 2010, crediting years of financial loses due to lawsuit expenses, poor expense management, and “poor franchisees and poor sites,” for new restaurants. At the time, The Seattle Times said Taco Del Mar’s debt ranged from $1–$2 million. There were roughly 225 locations in the U.S., Canada, and Guam. It lost $2.8 million between 2006–2008. The company had more than $17 million in debt as of November 30, 2009.

The Seattle Times said the brand “embarked on an expansion spree,” signing up master developers who paid for the right to find franchisees and pick new locations. In exchange, the developers received half of the franchisee’s initial fees and ongoing royalties.

Within six years, Taco Del Mar’s footprint boomed to 270 stores and revenue climbed from $950,000 to $5.4 million. Yet expenses dragged profit, including more corporate employees and rising payments to master developers. When it filed for Chapter 11 protection, Taco Del Mar had stopped paying business and occupation taxes to King County since June 2006. It owed back taxes of $95,290 to the county, $81,182 to the Internal Revenue Service, and $105,325 to the Canada Revenue Agency, according to The Seattle Times.

Like Quiznos, Taco Del Mar had plenty of foundation, in regards to brand equity, when High Bluff jumped in. The Baja lifestyle positioning was well established in the Pacific Northwest and didn’t suffer from lack of consumer exposure.

This provided a gateway for Rego to use its targeted capital, scale, management expertise, and focus on innovation to revitalize Taco Del Mar.

Gowda says Casey’s skills as a tactician will be invaluable to Rego as its looks to accomplish this goal. “With his ability to execute, his innovative perspective on things, and then combing that with my history around bringing new ideas and concepts to old brands [it’s a great fit],” he says.