The restaurant chains winning today? Those brands leading the way in attracting, retaining, and developing talent

A milder winter appears to have heated up restaurants, too. Comparable same-store sales across the chain industry rose 2.3 percent in January—the biggest figure in four years, according to Black Box Intelligence’s latest report. And while still negative, a traffic decline of 0.7 percent marked the best result since August 2018.

Every industry segment experienced positive same-store sales in January, a start to 2020 spared the weather-related disruptions of recent years.

The news also follows a rough December when comps fell 2.1 percent. Trying to compete against a 2.1 percent lap in 2018, the performance was the industry’s worst in more than two years. So, it’s quite a flip month-to-month as we barrel ahead.

Yet, as always, is this result an outlier or something to latch onto for operators? Black Box cautioned Friday that “it’s not time to celebrate just yet.” Just like when months are crippled by weather and the panic button is set aside, the same could be said of January’s surprising pleasant run.

“January’s impressive sales growth is not an accurate representation of the strength of the industry,” Victor Fernandez, vice president of insights and knowledge at Black Box Intelligence, said in a statement. “Winter has been mild during the first month of the year and headlines from different parts of the country mention historically warm temperatures for January. This seems to be the factor most responsible for the boost in restaurant sales experienced during the month.”

You really only need to look at regional performance to witness Fernandez’s point in action. Five areas enjoyed same-store sales growth over 4 percent. All of them were regions used to extreme weather this time of year—the Mid-Atlantic, New England, the Midwest, New York-New Jersey; and Mountain Plains. Typically, dine-in traffic suffers greatly during harsh winter conditions. Taking that element out of the picture, restaurants saw more customers ditch couch-comforts than usual.

On the contrary, the regions with the weakest same-store sales growth in January were the ones normally excused from Mother Nature’s January wrath—Florida, the Southwest, and Texas.

The Mid-Atlantic topped with sales growth of 4.92 percent and positive traffic of 2.3 percent. Texas was at the bottom with negative sales of 0.53 percent and traffic declines of 2.2 percent. The Lone Star state was the only region measured by Black Box in the red.

Regardless of the reason, though, it was a nice change from December when only 22 percent of local markets reported positive. This past month, 77 percent did.

In terms of traffic, January’s 0.7 percent dip was only the fifth month in the last four years restaurants notched guest count growth better than negative 1 percent. But, once more, you can view this from a regional bubble.

The norm throughout the past year was for every region to experience declining traffic. 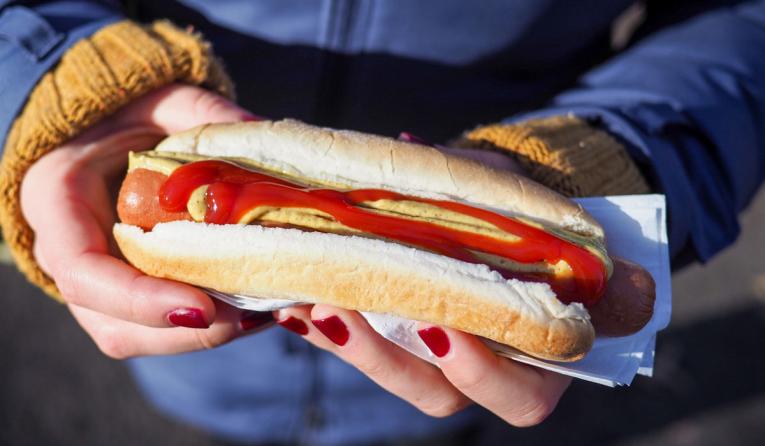 Convenience-based occasions didn't enjoy quite the same boom in January as experienced-based ones.

Only quick service and fast casual turned in same-store sales expansion lower than 1 percent. “This segment data suggests growth was stronger in experience-based occasions during the month, while convenience-based occasions may have grown at a slower pace,” Black Box said,

Also worth noting, however, is the fact counter-service has treaded along a much steadier path in recent years. The growth curve hasn’t dipped as severe one way or the other, making comparable gains milder, generally speaking.

With an unemployment rate under 4 percent for 22 consecutive months, restaurants have struggled to find enough qualified employees to satisfy growth. For restaurants in particular, the challenge is exacerbated, Black Box pointed out, since operators need to fill vacancies created by turnover sustained at historically high levels. Turnover rates for hourly, non-management employees, and restaurant managers increased again during December, according to Black Box Workforce Intelligence.

And it always leads operators to the following question: What impact is this dynamic having on guest sentiment and store-level performance? During 2019, service was the customer experience attribute that most differentiated the top and bottom performers based on sales growth, Black Box said.

The gap in guest net sentiment was greater in service than it was for food, beverage, ambiance or even value.

“For years, guests have expressed through their online comments and reviews that superior service the aspect of the restaurant experience they are most likely to reward with incremental sales,” Black Box said.

Data showed that lowed turnover rates are undeniably linked to sales and traffic, meaning, simply, restaurants need to work on becoming a top-performing company in the workplace before they can expect that success in-store.

In the fourth quarter of 2019, those brands in the top quartile reported management turnover rates, on average, 7.7 percentage points lower than those restaurants with the worst sales growth.

It puts a different spin on the notion, “the restaurant industry is struggling.” There is a gap at play.

Wally Doolin, chairman and co-founder of Black Box, offered some commentary on this recently. Essentially, the challenges afoot are presenting opportunities for some while burying others.

The industry’s 2019 top-quartile gap in comp sales versus the bottom quartile was 8.1 percent in sales and 8 percent in traffic. In fact, the only positive traffic came in that leading 25 percent.

As Matthew Mabel, president of consultancy Surrender Inc., told QSR recently, “Somebody always wins in a downturn. The strong definitely can get stronger. The weak may hurt or go away. It’s Darwinian.”

For the bottom quartile, it proves pricing to cover wage cost alone is coming at the expense of traffic.

And what’s separating those fields? “… the brands winning in attracting, retaining, and developing talent,” Doolin wrote.

He added operational execution and attracting younger employees and guests, people who seek out a sense of purpose in brands, is also defining successful restaurants. Couple that with product excellence and service execution and you have a powerful formula—one that might just be recession proof.

Why is Guest Satisfaction Declining for Restaurants?
The Future of Fast Food is a Cross-Channel World
Robots in Restaurants—No Longer Just a Fantasy

The Delicate Art of Menu Pricing
Ghost Kitchens: Here to Stay or Ready to Disappear?
Popeyes at 50 Has Never Looked Better