We're Not in a Restaurant Recession Just Yet

Restaurants are still adding jobs at an unyielding pace.

Don’t call it a recession just yet. October’s 0.1 percent same-sales performance provided restaurants some relief after negative year-over-year trends throughout the summer.

While (very) modest, the result signaled two consecutive months of positive gains, according to TDn2K’s latest Restaurant Industry Snapshot. “What is even more encouraging for the industry,'' said Victor Fernandez, vice president of insights and knowledge for TDn2K, in a statement, “is that this small positive growth during the last two months has been achieved despite the industry lapping over two months with relatively strong performance in 2018.”

Two-year comps are proving stable despite 2019’s challenges. The industry grew same-store sales 1 percent compared with October of 2017, and the average two-year growth for the previous six months is also 1 percent, Fernandez said.

“Given the relentless erosion of guest counts, the industry is holding its ground surprisingly well when it comes to sales in the most recent months,” he said. “The reason has been the acceleration in guest checks year over year. Consumers have signaled they are willing and able to spend increasingly more every time they eat out.”

Where is the growth, albeit slight, stemming from? That’s something that triggers optimism or trepidation depending on which angle you choose. To-go and off-premises sales continue to fuel growth, led largely by the adoption of third-party delivery. Per TDn2K’s survey data, 86 percent of restaurant operators not currently using an aggregator plan to implement one within the next 12 months. So, although there is whitespace for some brands, the ceiling might be approaching for others if they don’t invest in innovation.

And if a recession does in fact take hold, what will happen to the consumer spending supporting check growth? It’s often not as easy as assuming they’ll drop simultaneously. Past history shows that many restaurants, especially quick-serves, find room to expand during economic downturn as guests turn to dining out as an affordable getaway versus less budget-friendly options, like family vacations. At the same time, as was the case in 2008, brands leap into the real estate gaps provided by lower barriers to entry, such as rent and prime outlets.

But as we’re seeing today with an oversaturated industry, this go around could be a different story. An upcoming recession could very well usher in a course correction akin to the one retail experienced. Here’s a deeper look at what could be brewing.

The National Restaurant Association found that 92 percent of consumers use drive thru at least once a month.

For now, though, traffic growth remains a top concern for restaurants. Same-store traffic declined 3.1 percent in October, which represented a 0.2 percentage point drop from September’s result. October’s weak traffic has become a norm, TDn2K said. Comparable transactions have averaged negative 3.2 percent for the seven months since the beginning of the second quarter.

And although the net growth in the number of chain restaurant locations slowed in recent years (following the 2008 boom), expansion continued to be positive and is compounded year-over-year.

“The result is a highly saturated industry in which restaurant visits continue to get diluted among many possible options for diners. In this environment, same-store traffic growth continues to be a real challenge for operators,” TDn2K said.

What we’re looking at then is positive comparable sales driven entirely by off-premises growth. TDn2K called it “one of the most persistent and important shifts that we are tracking.”

The new arena is declining dine-in sales offset by strong to-go business and other forms of off-premises sales. But what is the cap? Is there even one?

According to the National Restaurant Association’s “Harnessing Technology to Drive Off-Premises Sales” report, released in October, about 60 percent of restaurant occasions are now off-premises across all forms, including drive-thru, takeout, and delivery.

There’s proof this push isn’t slowing, too, at least not anytime soon. So, driving results off the movement might come down to aggregator leverage, marketing, and finding ways to streamline operations to make these channels as cost-effective and margin friendly as possible.

And yet the door remains just cracked for the most part. Only 22 percent of consumers tried kiosks last year and 11 percent voice-assistant ordering.

If available, 69 percent said they would use vehicles with built-in heating trays to keep food warm and 41 percent would give autonomous delivery a shot, like drones and self-driving cars.

Forty-four percent of restaurant operators who offer voice ordering and 50 percent who offer location intelligence based on their position said it had a large, positive impact on their business.

In sum, new technology is going to play a critical role in growing off-premises revenue. And that’s becoming a critical lever in a world where guest traffic and dine-in business might not return to past levels. 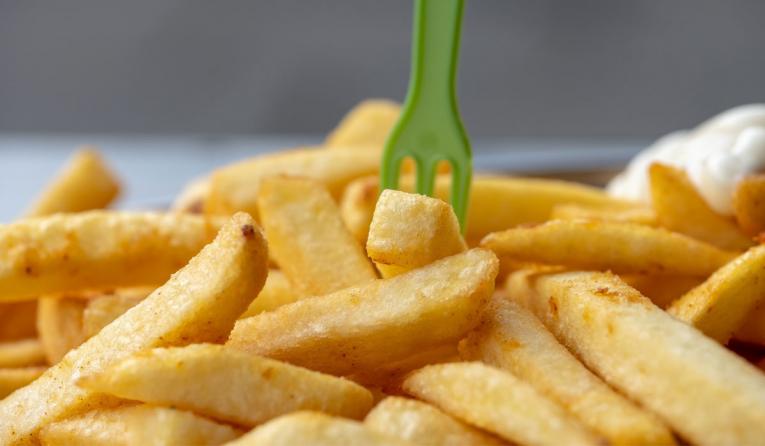 Restaurants are asking more of employees, but, for the most part, not paying them more.

Other trends at hand

Fine dining and family dining continued to achieve positive same-store sales in October. Upscale casual rounded up the list of best-performing segments based on comps growth. The latter came into October struggling for much of the year, but enjoyed a nice boost from a soft comp in 2018.

Additionally, casual dining is experience a downturn after a strong run last year. It represented the worst-performing segment based on sales growth during October and has now endured four consecutive months of negative same-store sales.

This comes back to the off-premises point. Many of the casual legacy players were bouncing off the bottom with digital, especially delivery, in 2018. Now that they’re on board and lapping last year’s launches, what does the next iteration look like?

Restaurants are still adding jobs at an unyielding pace, TDn2K said. The latest numbers from the Bureau of Labor Statistics showed the number of industry employees growing 2.6 percent in October. “This rapid growth continues to ratchet up the pressure for those tasked with keeping restaurants staffed, especially considering the historically high turnover rates that the industry has been experiencing,” TDn2K said.

Some relief did emerge, however, in the form of rolling 12-month turnover for hourly, non-management employees declining slighting during September. The small reduction notwithstanding, turnover for hourly crew workers continues at unsustainable levels for many brands. Turnover is not expected to decrease significantly in the near term as long as unemployment continues to be this low, TDn2K said.

Restaurant manager turnover increased in September after abating somewhat in August. You can credit a tight labor marketed coupled with stagnant pay.

TDn2K’s People Report reported the median base salary for general managers over the last four years has increased only 1.2 percent once adjusted for inflation. And as small as this increase is in real pay, it sails the negative 3.5 percent general managers in full-service have experienced over that span.

This summarizes the issue at hand: “Their employers are likely asking them to do more than they did four years ago in an increasingly complex environment, yet their pay is not reflecting that,” TDn2K said.

That’s a significant challenge with no easy answer.

“As the word ‘recession’ starts appearing more often in the media and restaurant operators wonder what lies ahead with the economy we know those that are better prepared for a downturn are those brands that have been succeeding on the people side of the equation,” Fernandez said. “Those that have provided a compelling employee value proposition and are effectively delivering on it are likely to remain the winners in the current environment and fare better should economic conditions deteriorate.”

21 Main Street, Suite 204
Hackensack
NJ
203-883-6060
SH Franchise Finance is an independent finance company, so we know what it is like (more)
Advertising & Marketing