The Immeasurable Value of Immigrants

A brief look at the role they’ve played—and continue to play—in the restaurant industry.
Restaurant Operations | May 2019 | Mary Avant

Giuseppe Lanzone, along with his brother Mario, created the first Peruvian Brothers food truck in 2013 after emigrating from Peru in 1987.

The history of U.S. immigration goes back almost as far as the country itself, beginning with the very first legislation, the Naturalization Act of 1790, and extending to Deferred Action for Childhood Arrivals (daca) in 2012. But through it all—the surges in immigration and the declines, the welcoming of immigrants with open arms and the attempts to keep them at bay—one thing has remained the same: Immigrants have made their mark on the restaurant industry, be it as chefs, dishwashers, waiters, managers, franchisees, concept creators, or anything in between.

Although immigrants make up just 13.5 percent of the U.S. population, a 2017 report from the Chicago Council on Global Affairs estimates that 37 percent of small restaurant owners are immigrants, while 22 percent of foodservice workers are foreign-born.

“You can talk to any big-time chef and they’ll tell you that if it weren’t for immigrants, the food business would not be where it is right now,” says Giuseppe Lanzone, who along with his brother Mario created the first Peruvian Brothers food truck in 2013 after emigrating from Peru in 1987. The brand now lays claim to three food trucks, a catering kitchen, its own line of hot sauces, and a soon-to-open brick and mortar in Washington, D.C.’s La Cosecha food hall.

But with tensions over immigration at what feels like an all-time high, many within the restaurant industry worry new immigration policies could hurt their establishments, their employees, and, ultimately, their guests.

In 2017, newly elected President Donald Trump endorsed legislation that would reduce legal immigration by nearly half, primarily by giving priority to skilled, educated, English-speaking immigrants. On top of that, his national emergency declaration in February could open up $8 billion in funding for a border wall meant to curtail illegal immigration along the southern border.

But with the national unemployment rate hovering around just 3.8 percent—one of the lowest levels in more than a decade—these policies could pose a real threat for brands that rely on immigrants to fill the many basic roles that are vital to any restaurant’s success. 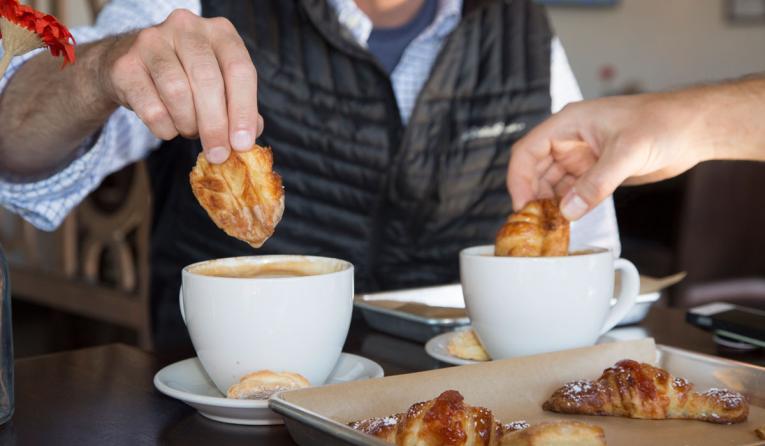 After moving to the U.S. from Argentina 19 years ago with just $300, a backpack, and little to no English, Lorena Cantarovici created what is now a five-unit empanada chain.

“At a time where unemployment is this low—here in Colorado, it’s 2.7 percent—it is affecting us incredibly,” says Lorena Cantarovici, owner of Denver-based Maria Empanada. After moving to the U.S. from Argentina 19 years ago with just $300, a backpack, and little to no English, Cantarovici created what is now a five-unit empanada chain that employs many fellow immigrants. “If something happens and we stop immigration, who is going to do these kind of jobs with passion?”

This is even more concerning in light of NRA projections about the extent to which the restaurant industry—which today employs more than 15 million people—will grow over the next decade. “You’re talking close to 17 million employees by 2029, so it is an extremely labor-intensive industry and will remain so over the next decade,” Riehle says.

For Cantarovici, it’s clear why restaurants fear a loss of immigrant workers on their teams. “Immigrants come to fight—fight in a good way. They know what it means to be without a job,” she says. “Here, I think people take it for granted in some ways. But coming from another country—especially in Latin America—we’re born fighting for a space and fighting for a job and equality, fighting for stability, fighting for everything. Here, if I am a hostess, I want to be the best hostess because I need that job.”

Plus, as consumer palates become more global and sophisticated, the industry requires individuals who can authentically satisfy those cravings. “Obviously, many of these foreign-born individuals come in and specialize in their cuisines from which they embarked,” Riehle says.

But why have immigrants flocked to restaurants in the first place? For one, they’re familiar and comforting, Lanzone says, especially for immigrants from Latin or South America and Asia, where food is heavily ingrained in their cultures. Cantarovici adds that the language barrier plays a big role, too. Many people find comfort in simple dishes that remind them of home.

Restaurants are also a good place for immigrants to learn more about the norms and customs of their new home. “The first way you can feel the country is by its food and its restaurants,” she says. “It’s a good picture of how the country is.”

Not to mention, many immigrants view the restaurant industry as one in which they can more easily climb the ladder through dedication and hard work. “The restaurant industry is one of the primary industries whereby an individual can go from the dish room up to the boardroom and/or ownership,” Riehle says.

At Maria Empanada, Cantarovici has seen many of these success stories firsthand, whether it’s the dishwasher who has grown into a supervisor, the delivery driver who now works in IT, or the woman who started as a kitchen worker and climbed her way up to serve as general manager at Maria Empanada’s largest location.

Though the future of immigration policy remains unclear, one thing the industry can be certain of is that people like the Lanzones and Cantarovici will continue to make a positive impact, as did many immigrants before them. “Right now, it’s Latin people, but if you go back 80 years ago, it was the Italian people and the Irish people coming in through Ellis Island,” Lanzone says. “So we have to sit back and see where those people came from and where we are right now because of those people.”