El Pollo Loco is trying to appeal to its core and general-market audience with new menu launches.

El Pollo Loco wants to “Feed the Flame,” and it wants to feed families. Those two goals anchor the 484-unit chicken chain's second brand relaunch in the span of a year. Throughout March, El Pollo Loco plans to roll out a new logo, advertising, tagline (Feed the Flame), menu boards, and point-of-purchase materials, the company announced following its fourth-quarter review. And later in the year, a fresh ecommerce site, mobile app, packaging, and uniforms are coming as well.

The comprehensive refresh continues a “transformation agenda,” El Pollo Loco outlined in March 2018. It’s produced results to date, said Bernard Acoca, who took over the chief executive position last February after seven years with Starbucks. “But we are just getting started,” he said in a conference call.

The company reported systemwide same-store sales gains of 4.4 percent in Q4, including a 3.7 percent lift at company-run units and a 5.1 percent uptick at franchised locations (195 restaurants are in the comps base). The 4.4 percent mark was El Pollo Loco’s best results since the first quarter of 2015 and draws an impressive two-year stack of 5.8 percent.

Transactions rose 1 percent and 3.3 percent at corporate and franchise restaurants, respectively. Total revenue boosted 6.2 percent to $101.1 million compared to $95.2 million in the comparable period last year. El Pollo Loco did swing a net loss of $23.4 million, however, due to a $36.3 million pre-tax expense related to the “legal settlements of multiple class actions lawsuits.”

Above is the new logo, a return to the chain's vintage color scheme. 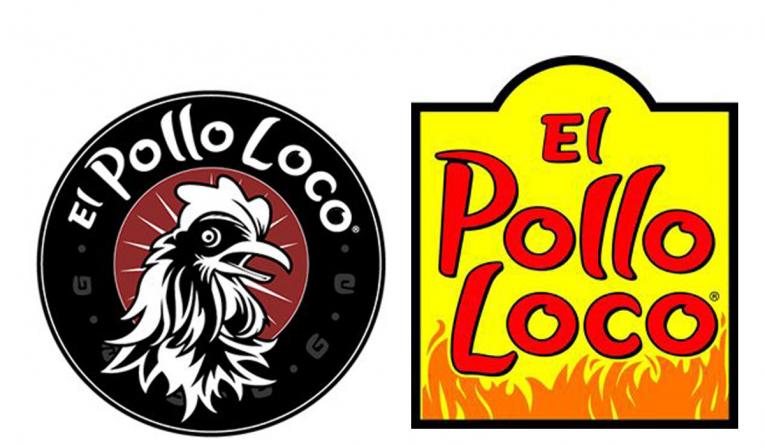 El Pollo Loco launched the logo on the left last year. The previous version is on the right.

An interesting lever in El Pollo Loco’s sales run is its departure from discounting.

“That's kind of the opposite of what you hear a lot of our competitors doing or saying. And I think that is testament to the strength of our brand and our ability to command and have pricing power in the market,” he said. “… we have become better storytellers in really explaining what the quality difference is in our products and explaining to the world the hard work that we do each and every day in terms of everything that is handcrafted, made from scratch, et cetera, that our competitor simply don't do.”

His top target will be to continue some of the audience development and employee initiatives Acoca championed since arriving at El Pollo Loco.

The brand went through an extensive brand segmentation last fall to identity its core customer and reaffirm key brand differentiators. The result was a “brand book” that serves as a strategic filter for El Pollo Loco’s decision-making moving forward, Acoca said.

“Feed the Flame,” for example, highlights its fire-burning grill, a “source of competitive advantage for us,” Acoca said.

“It also points [out] the aspirational passions for life our employees and customers share,” he said.

Part of the relaunch includes building a product line centered on what El Pollo Loco is calling “L.A. Mex.” It’s the “juxtaposition of better-for-you food that is the hallmark of a quintessentially L.A. lifestyle and Mexican-inspired cuisine,” Acoca said.

“We have coined this phrase to indicate not only where our brand originated and how Los Angeles has shaped and influenced us, but also to encapsulate what we've been doing in our kitchens for years,” he added.

Essentially, El Pollo Loco wants to lean on its grilling platform as a better-for-you positioning that caters to health-conscious diners.

While El Pollo strips discounting in favor of more targeted traffic, its value add-ons are being designed to support family meals. In the second half of last year, El Pollo Loco made a concerted effort to go after families, Acoca said. “One of the ways that we're figuring out how to do that is to really ensure that moms have an opportunity to provide her family with everything that they want,” he said.

One iteration is chicken on the bone that appeals to older family members. Parents can add that upsell option to meals to go along with whatever their kids might order, which provides value and helps El Pollo Loco increase overall ticket, Acoca said. Average check rose 3.7 percent at company restaurants in Q4 and 2.7 percent at franchises.

On the audience development front, El Pollo Loco is trying to develop products that equally appeal to its majority guests—Hispanic customers—as well as general-market consumers. Some examples are the chicken tamales launched in Q4, as well as fire-grilled chicken nachos and hand-rolled stone-ground enchiladas unveiled more recently. “All of these product offerings were designed to have broad-based acceptance and have been well received by our guests across multiple demographic lines,” Acoca said.

What El Pollo Loco did in 2018 was take its media spend, less than 8 percent when Acoca joined the company, and bring it over 20 percent to put more of a focus on the Hispanic customer, which makes up 50 percent of the brand’s daily customer visits.

So now 80 percent of its media is spent in the general market, giving El Pollo Loco a steady run for both groups. It doubles down on the Hispanic segment, while also paying more attention to a general-market strategy. 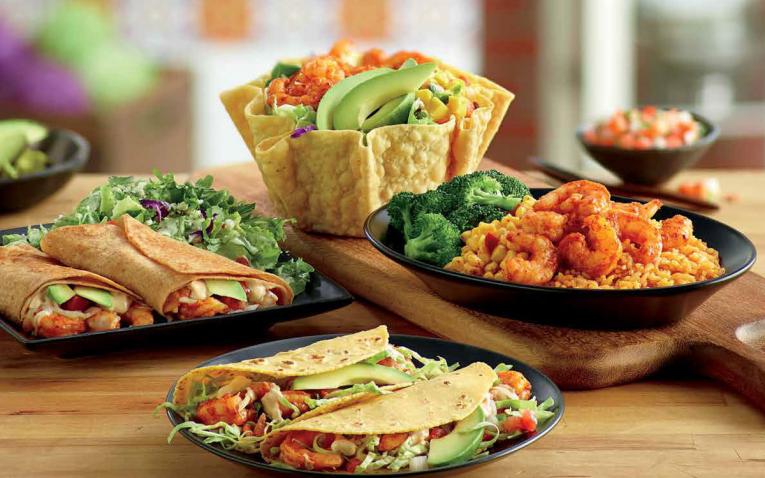 El Pollo Loco wants to own the family segment.

El Pollo Loco didn’t focus on operations as an overarching strategy in Q2 or Q3. “But it’s one I’m talking about with a lot of intensity now,” Acoca said. “And that is simplifying our operations and making it easier to be an employee and franchisee.”

El Pollo Loco realized it needed to reduce back-of-the-house complexity in order to free up capacity and delivery a better guest experience. Menu simplification is a key cog in the brand relaunch. Originally tested last year, it eliminates about 20 percent of lower-mixing, lower-margin menu items.

Additionally, El Pollo Loco invested in technology to streamline operations, like a back-of-house management system it hopes will free up an hour per day for restaurant general managers. The chain is revisiting and revising some standard operating procedures as well to minimize non-value added, non-customer facing work. “We believe simplified operations can significantly improve our employees' ability to execute our brand, providing better food and service with the added benefit of lower turnover and increased retention,” he said.

El Pollo Loco also started to set very clear upsell targets, Acoca added, which operators are required to achieve on a daily basis, and that get measured in real time. There’s a higher degree of accountability.

The brand introduced a bonus program for field and support-center employees that rewards them based on sales, profitability, and customer satisfaction improvement. This skin-in-the game move is one Acoca believes will boost the aforementioned accountability.

El Pollo Loco developed a new customer satisfaction measurement in October called “overall blended index.” This aggregates its mystery shoppers, customer surveys, and customer complaints in each restaurant and automates an action place for GMs to respond to.

The brand is also readying to unveil its first employee appreciation month with four weeks of activities planned to recognize top performers. One week will focus on development and personal well-being, Acoca said. Another will let employees come up with a new product, and another will focus on giving back to communities.

El Pollo Loco now has 1.2 million members in its loyalty program, which accounts for about 7.5 percent of sales. In the next two years, Acoca said, the goal is to hit 4 million members as El Pollo Loco transitions discounts away from mass-market vehicles and focuses instead on a much more pinpointed loyalty structure, “where we can drive higher levels of incrementality based on knowledge of our customers' purchase history.”

All of El Pollo Loco’s restaurants are currently offering delivery through DoorDash. The company recently added Postmates and UberEats, and expects to test both throughout 2019. In the second half of the year, it will also further increase its digital access points by enabling Facebook Messenger ordering and voice-activated service via devices like Amazon Alexa.