Fast Food | September 21, 2022 | Ben Coley
CKE Restaurants
Rollout has begun and will continue throughout the fall.

Hardee's and Carl's Jr. are moving forward with a new brand identity that brings its "world of drippy, messy, and indulgent food to life."

The restaurants' new colors will be inspired by menu items, including Charbroil Black, American Cheese Yellow, Flame Red, and Biscuit Cream. The logo, known as Happy Star, will feature a charbroiled textured shadow and a "flavor trail" following behind it, such as red and orange flames. Typography will switch to arpona wedge serifs, which mimics the shapes and angles of Happy Star.

“This reimagined identity not only rings in a new era for both Carl’s Jr. and Hardee’s but gives us a platform to unite our total brand experience around leading our guests to what feeds their happy,” Meredith Martin, senior director of marketing communications at parent company CKE Restaurants, said in a statement. “It took a detailed process and many months to create all this, and we’re extremely proud of the refresh and its ability to emotionally connect guests to our brands and amplify the craveable truth surrounding our food.”

The updated designs will been seen through physical restaurant design, uniforms, in-store signage, food packaging, and advertising. Both chains will promote the enhanced branding with a 360 campaign across television, radio, and social media channels. 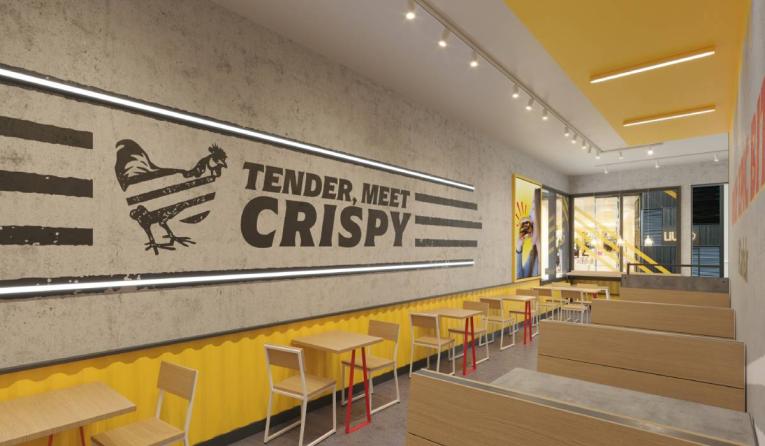 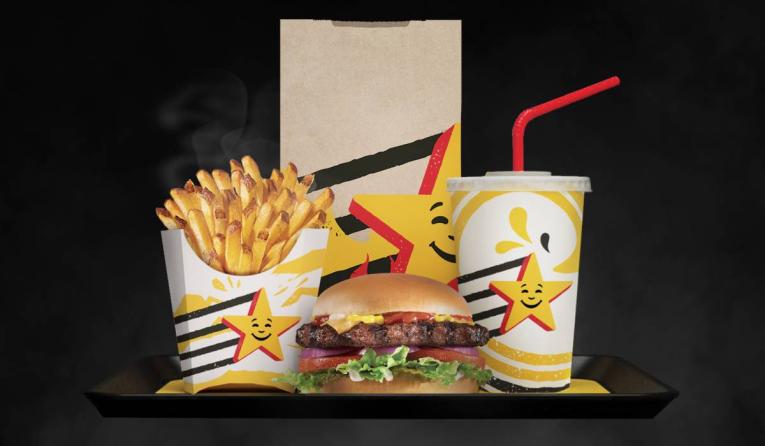 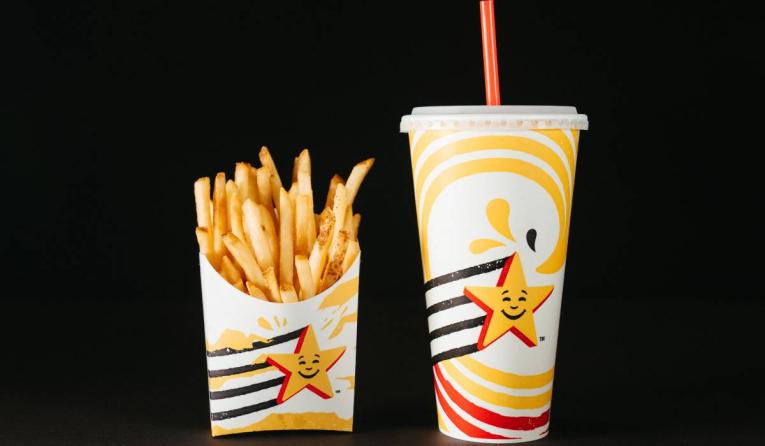 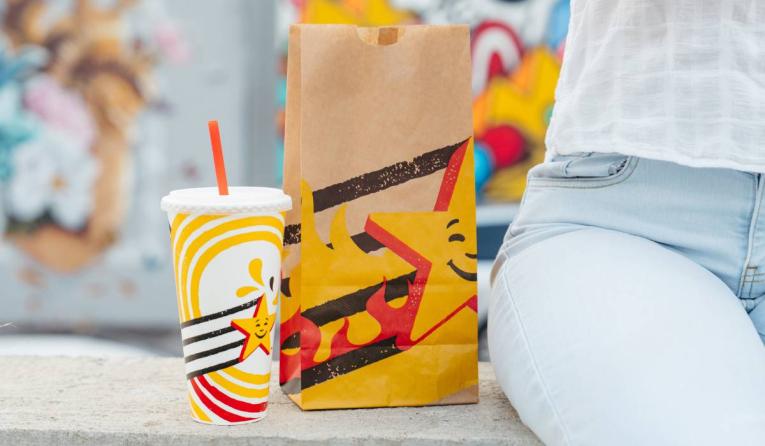 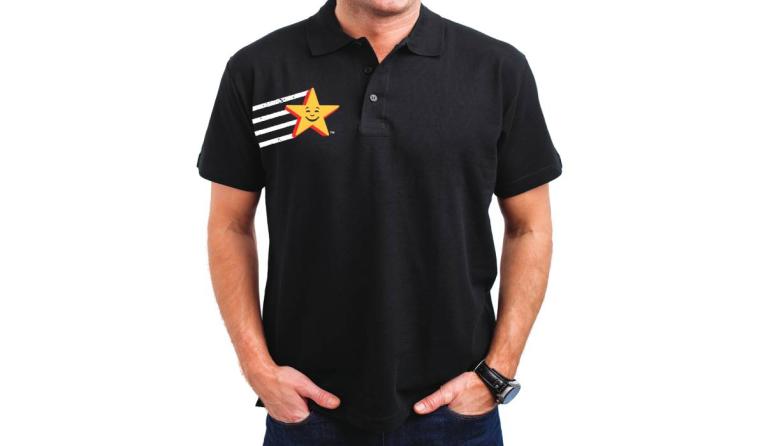 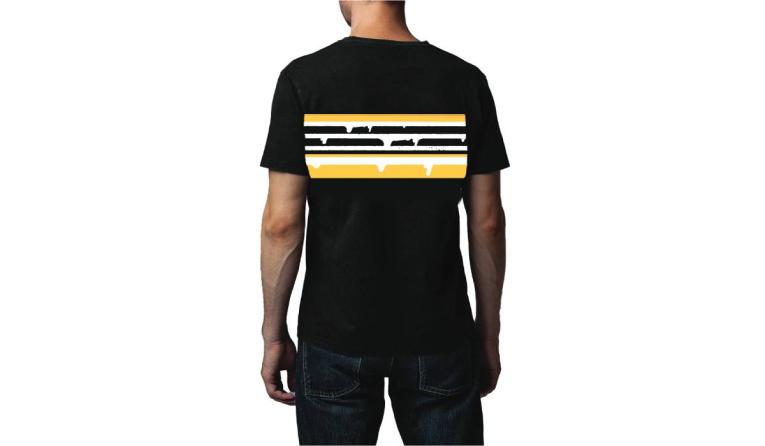 Hardee's and Carl's Jr. have begun rolling out the branding, and that will continue throughout the fall. The restaurants created the new identity in partnership with global agency Design Bridge, which worked with recognizable brands like Lipton, Smirnoff, and Guinness in the past.

“For us, the recipe for success was clear,” Claire Parker, executive creative director of Design Bridge North America, said in a statement. “Bring the story back to the experience. Make flavor the star. Carl’s Jr. and Hardee’s now focus on what makes them really special: the food. And with this new visual identity, it looks like something that’s going to satisfy every sense.”

The visual revitalization is the latest push for modernization by Hardee's and Carl's Jr. In May, the restaurants announced a $500 million investment in physical and digital store transformations. This includes new signage, brand statement elements, freshly installed interior and exterior digital menu boards, and upgraded lighting, bathrooms, and subway tiling. Ninety-five percent of restaurants have committed to the reimage process. More than 500 stores across 20 markets will be finished by the end of 2022.

Earlier in the year, Hardee's and Carl's Jr. launched their first loyalty program via new mobile apps. The chains partnered with Olo and Punchh to power the digital innovation.

In conjunction with the rebranding news, Hardee's and Carl's Jr. also opened a sweepstakes in which customers order a large combo meal and receive a 37.5-ounce Big Cup with a QR code allowing them to win prizes and free menu items. The grand prize is a trip to college football's Rose Bowl in Pasadena, California, or the SEC Championship in Atlanta.