BK Whoppers are Only 1 Cent When You Order at McDonald's

You also need to download the new BK app to get this deal.
Burgers | December 2018 | Rachel Taylor

From now until December 12, customers can get a burger for 1 cent.

On Tuesday, Burger King fans can get a Whopper Detour for 1 cent. But there’s a catch—you have to order it at a McDonald’s.

As a part of the Whopper Detour deal, customers don’t actually walk into a McDonald’s and place an order, they just need to be near a McDonald’s to order the burger. Using the revamped BK app, customers are able to get the 1-cent deal when they are within 600 feet of a McDonald’s.

Using geofencing around McDonald’s locations nationwide, The Whopper Detour deal allows customers to unlock the deal when they are in the right location. Not only does the new app allow customers to grab this deal, the app will also direct customers to the closest Burger King, detouring them away from McDonald’s, to pick up their burger.

Burger King is using the Whopper Detour promotion to poke a little fun at one of its competitors and to showcase the brand’s new order-ahead functions through the app. Customers who want to grab this deal have until December 12 to download the app and order a burger. The order-ahead capabilities can be unlocked at almost all of McDonald’s 14,000-plus locations.

The Whopper Detour promotion is the latest in a string of interesting deals and products from Burger King. The brand recently released the Dogpper, a dog bone with flame-grilled flavor, and on Black Friday, Burger King launched the Whopper Shopper site, which allowed customers a chance to shop and earn credit towards a free Whopper. 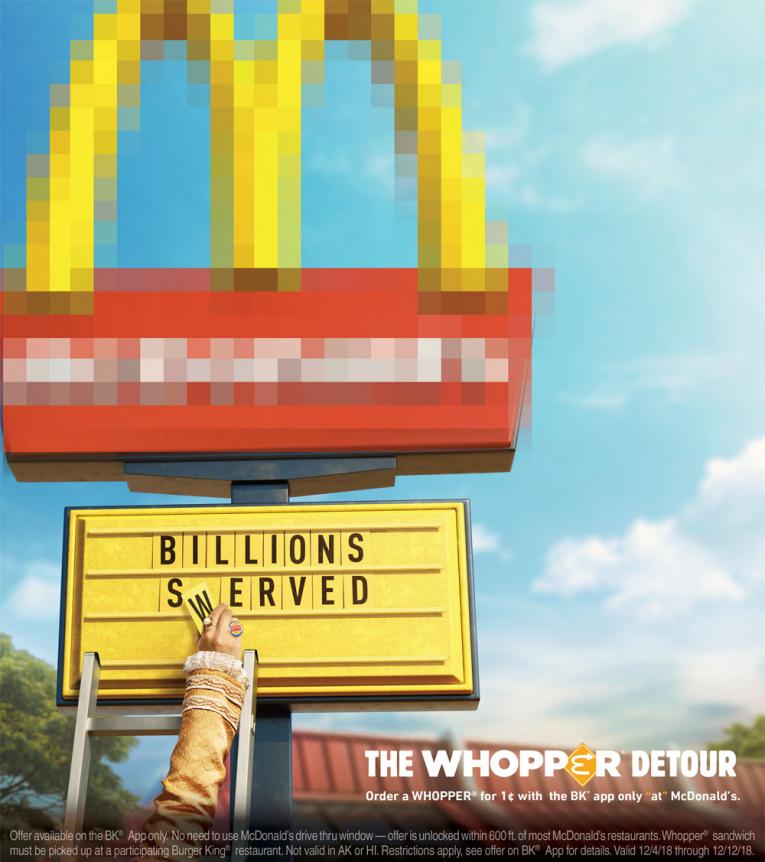 Has Chipotle Raised its Prices Too Much?
Legendary Pitmaster Pat Martin Comes Back Swinging
The Future of Fast Casual in 2023 and Beyond