Freddy’s COO and cofounder Scott Redler details how the company has modernized even as it serves a healthy dose of timeless Americana.
Emerging Concepts | August 2019 | Sam Oches

Freddy's has grown to around 350 locations and nearly a half-billion dollars in annual sales.

Most don’t know it, but Wichita, Kansas, has played an important role in the quick-service restaurant industry’s history. The small city, smack dab in the middle of the U.S., is where both White Castle and Pizza Hut first opened their doors, in 1921 and 1958, respectively.

Now Wichita is home to one of the most exciting limited-service franchises: Freddy’s Frozen Custard & Steakburgers. The burger joint, founded in 2002 by brothers Randy and Bill Simon along with friend Scott Redler, has grown to around 350 locations and nearly a half-billion dollars in sales serving high-quality burgers, fries, and frozen custard in an environment that feels timeless.

But Redler says in the latest episode of QSR’s “Fast Forward” podcast that he and the Simons never envisioned this kind of success. In fact, when the first restaurant opened, the founders just wanted a great burger and fries as they remembered them—“seasoned well and everything cooked order”—along with the kind of frozen custard Ted Drewes made famous in St. Louis.

“We weren't as interested in the profitability or growth of the concept,” Redler says in the podcast, recorded during the NRA Show in May. “We opened Freddy's to open one. Really. We never had the plan to open a second, and nobody believes that, but that's the truth. And we opened it just to get burgers and frozen custard in the way we wanted them in Wichita, in what we call today ‘the Freddy’s way.’” 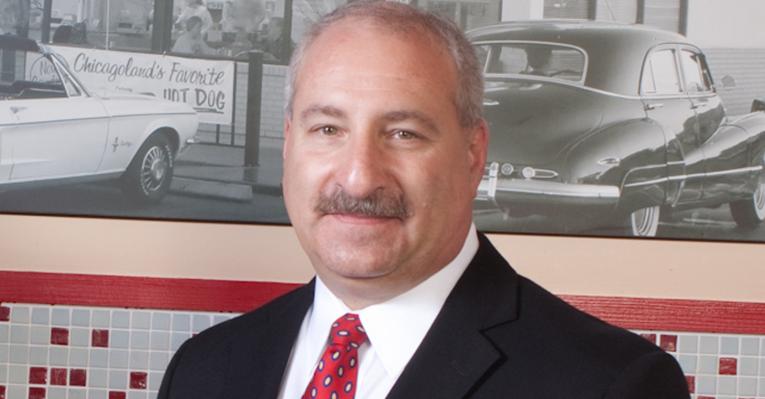 But Freddy’s grew—first with another corporate-owned location in Wichita (one of only six in the country without a drive thru) and then with a franchised restaurant in Hutchinson, Kansas.

That first franchise deal came together, Redler says, because the franchisee was a friend of his who operated other restaurant brands. But many franchise agreements came together organically after that, he adds, as people fell in love with the brand.

(Freddy’s has been such a hit with franchisees, in fact, that it recently landed on QSR’s Best Franchise Deals list.)

Redler says the brand is actively keeping ahead of modern trends like mobile ordering and delivery. But he stresses that those things will never happen at the expense of its food quality—after all, quality is the Freddy’s way.

“We all know that burgers, custard, and fries are there for us to treat ourselves—it’s not an everyday thing,” Redler says. “But when you want it, it's very frustrating when [a restaurant] doesn't execute, like if you're taking something to go in a drive thru or sitting down at a table and your fries are cold. So I go back to the Freddy's Way, which is just doing things the right way.”

For more on how Freddy’s has become a smash franchise success, stream the most recent episode of “Fast Forward” above or click here to subscribe.