In Paul Macaluso’s early days as Krystal CEO, he spoke with customers and heard pretty uniform responses. Guests have fond memories of the brand, all over the country. That was true even for those who hadn’t dined at the 86-year-old brand in a while. But it’s this second point Macaluso pinned to the drawing board. What’s causing customers to lapse at the Atlanta-based chain, founded in 1932 on a downtown street corner in Chattanooga, Tennessee?

“It’s about reinvigorating the relevance of the brand,” Macaluso says. “Making sure it stays top of mind. Giving people a reason to come back. And I think that is really what’s exciting for me, because once we do that, I think we will see people come back really quickly, and have a reminder about what’s so great about the products.”

Macaluso assumed Krystal’s CEO role April 2 after Omar Janjua left to join 179-unit Taco Bueno. He arrived from FOCUS Brands, where he was president of McAlister’s Deli, after a decorated five-year run with the parent company of McAlister’s, Auntie Anne’s, Carvel, Cinnabon, Moe’s Southwest Grill, and Schlotzsky’s. Macaluso, who was promoted to the president spot in December 2016, started as vice president of marketing for Moe’s and worked his way into a position as senior vice president of brand marketing strategy, leading the collective marketing for the company’s six brands. Before that, his 25-year career included stops at YUM! Brands, where he started as a general manager at Taco Bell before rising to management. He then led brand strategy, menu development, and product marketing for Burger King Corporation and Sonic Industries. 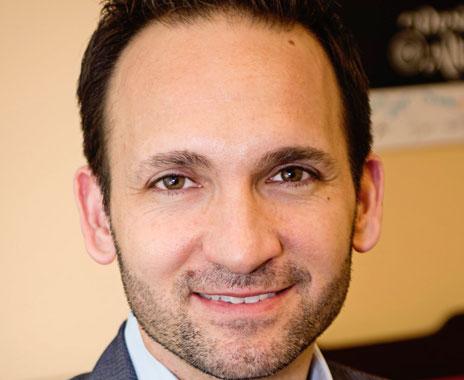 Macaluso, 48, says this diverse career prepared him for his ultimate goal—to be a CEO of a major restaurant company. It’s one of the key reasons he jumped to Krystal. The burger chain’s nearly nine decades of customer reverence was another.

A large part of Macaluso’s career centered on marketing, especially in the past decade or so. And he grew up in Central Florida, a region where Krystal doesn’t exactly lack for exposure. This all stirred up an opportunity Macaluso recognized for what it was: rare, but also uniquely challenging.

“I’ve spent the last few years at fast-casual brands that were younger and up-and-coming, and it was a lot about introducing into new markets and explaining what the brand is and trying to drive that initial awareness and usage,” he says. “And that’s definitely not what we have to do here.”

The 364-unit brand’s sales dropped more than 6 percent in the past two years. Until those figures turn around, and restaurant-level profitability rises, Macaluso says growth won’t be discussed. He pictures a 12–18 month window where he hopes Krystal can boost top- and bottom-line financials, as well as make changes to the company’s internal culture.

“We need to get sales up and get people talking about the brand,” he says. “Selling new deals to franchisees becomes really easy at that point. Right now I wouldn’t want to go out there and do that. It’s a tough sell right now. We’ve got to rebuild brand relevance.”

Currently, Krystal is about 25 percent franchised. When Macaluso was at McAlister’s, the chain opened its 400th unit April 2017 in Cedar Hill, Texas.

Macaluso has several early initiatives in the works. To start, it’s about celebrating the chain’s strengths, and making sure customers are keeping those details in mind.

“Really it’s just breaking through to customers and staying top of mind. That comes through better creative, and just being really tight about what our brand positioning is and how we’re going to be differentiated and distinctive in the marketplace,” he says. “Breakthrough creative that gets people’s attention.”

One place to start: taking an edgier, more flippant approach to exposure. Moe’s is a great example. The Mexican chain is known for its offbeat personality, social vibe, and ability to connect with guests across multiple mediums. Heck, it’s even looking for a chief taco officer right now.

“We’re a challenger brand. We can be edgy. We can be fun. We can be irreverent. And those things haven’t really been the case,” he says.

Krystal is also spending the vast majority of its ad spend on traditional media. Macaluso wants to transition to the digital side.

“We just need to be in front of people when they’re thinking about food or when they’re hungry. It’s just not TV anymore,” he says. “Certainly not predominantly TV anymore.”

“For sure on social,” Macaluso adds. “There’s something inherently social about this brand. The big party packs. The late-night business that we already do extremely well. This brand lends itself to social gatherings, and it doesn’t really play a big part today in social media. We definitely have an opportunity there.”

Another unique characteristic of Krystal is its community-focused DNA. The chain is located in a lot of communities across rural America some brands wouldn’t even consider. It’s made Krystal a local force, both from a dining destination angle and as a potential employer of choice.

“It’s a huge part of something the brand stands for that I don’t think we really get credit for,” he says. “That’s on the top of my list in terms of making sure we leverage that in a way that benefits the brand and benefits the popularity of it and the notoriety of our brand. We want to make sure we’re getting credit for all the great work we’re doing in that area. We’ll have a balance of doing the work, and also talking about the fact that we’re doing the work. There’s a way to do that appropriately that lets people know and helps them join in.”

In February, The Krystal Foundation announced its second anniversary of awarding schools grants. The foundation launched its first application window the year before. Since then, the brand hosted three application windows and issued $53,184.56 in grants to 25 schools, organizations, teachers, and non-profits. In addition to providing funding and grants for S.T.E.A.M., the Krystal Foundation remains dedicated to keeping extracurricular activities alive in the areas of culinary arts, music, and sports.