CEO says there's 'franchise sales opportunities all over the place.'

FAT Brands CEO Andrew Wiederhorn and his team are quite familiar with the M&A process.

Prior to this summer, the company completed six acquisitions and obtained eight concepts in roughly a decade. So when Global Franchise Group—the owner of Hot Dog on a Stick, Round Table Pizza, Great American Cookies, Marble Slab Creamery, and Pretzelmaker—approached FAT Brands about a sale, Wiederhorn knew what it took to close.

The CEO says the group was looking at other options in the market, including a stock transaction, but FAT Brands is known for a “very straightforward and moving quickly and no drama” mindset when it comes to these deals. Global Franchise Group was sold—figuratively and literally. The price came in at $442.5 million.

“I just laid out, here's the path if you want to proceed, and we negotiated price for a short amount of time and then went to 100 miles an hour to get it done,” Wiederhorn says. “Most of the deals have been that way. It's not usually a bidding process.”

Wiederhorn believes each of the five brands comes with different opportunities. All are 100 percent franchised in the U.S. except for Round Table and Hot Dog on a Stick.

Round Table is the largest, with more than 400 locations. Wiederhorn grew up eating at the brand, so he’s confident in the quality and brand equity, but he also thinks more could be done with delivery. The chain closed 13 stores domestically in 2020 and finished with 414 locations—376 franchised and 38 company-owned. 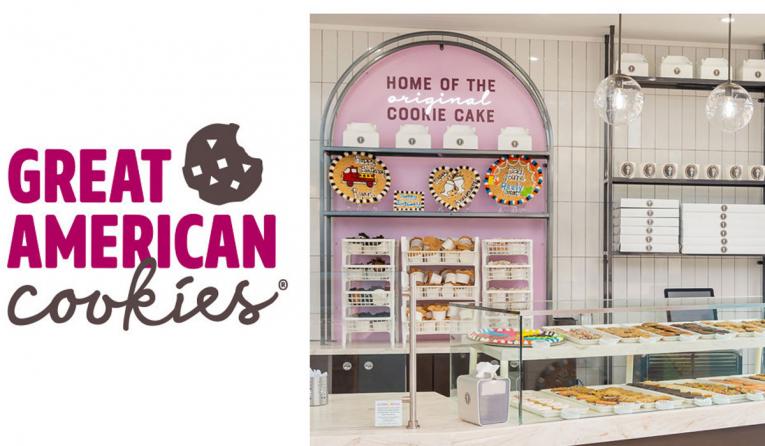 Hot Dog on a Stick has “a lot of legs” to co-brand with Fatburger and Johnny Rockets, Wiederhorn says. The chain dropped from 61 domestic outlets to 50 by the end of 2020. Meanwhile Pretzelmaker completed 2020 with 161 U.S. outlets, a net decrease of 19.

“There’s franchise sales opportunities all over the place for sure,” Wiederhorn says. “They have an active pipeline on the Great American Cookie side and Marble Slab Creamery. We think Round Table needs a shot in the arm for new franchise sales, but they have a very strong franchisee base, so I think there's an opportunity there also. The company just refranchised a bunch of company stores right ahead of this transaction. So I think that's interesting also.”

As of March 28, FAT Brands had 651 stores systemwide, plus 36 locations under construction and scheduled to open in 2021. Five new franchised stores debuted in the first quarter. Systemwide sales lifted 35.3 percent in Q1 year-over-year and increased 20.6 percent compared to 2019. Same-store sales rose 7.8 percent versus 2020. The brand also posted adjusted EBITDA of $1.1 million in the quarter, compared to $283,000 in the year-ago period.

Wiederhorn explains that when a company buys franchise entities, it must look at the health of the franchisees, explore the system, and investigate “what the brand equity really is all about.” Once the company understands each of those facets, it now must turn to growth and project where the opportunities may lie. Because at the end of the day, Wiederhorn says, the most important part is franchise’s making money. FAT Brands runs with a philosophy that the franchisee is the customer.

“It's not really about the guy eating the hamburger, the chicken wings, the cookies, the hot dogs and pizza—it's about the franchisee making money,” the CEO says. “And so their profitability is our first concern. If they make money then they're going to build more restaurants and pass more royalties. So that's our focus. If they don't make money, we know what's going to happen.” 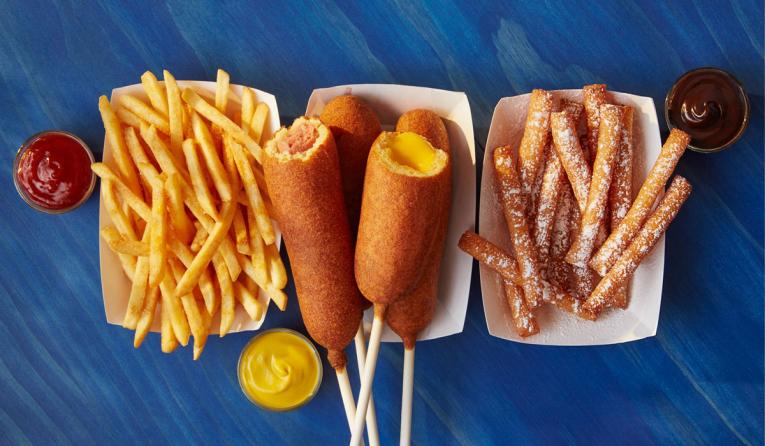 Hot Dog on a Stick

“There isn't a limit in sight of the number of brands we want to own, but we don't want to just own brands for the sake of owning brands,” says FAT Brands CEO Andy Wiederhorn. “We definitely want some category scale."

In other words, the M&A pipeline is still alive and active. Wiederhorn hopes to announce another transaction in the coming months. During FAT Brands’ Q1 earnings call in May, Wiederhorn told analysts that the company has “nine or 10 different acquisition targets that we're presently evaluating.”

Wiederhorn said previously that his strategic goal is to “significantly increase the size of the platform during the next 12 months.” He colorfully used this analogy: “I like to shoot rabbits and squirrels as well as an occasional elephant. We have some of both teed up in our acquisition pipeline.”

“There isn't a limit in sight of the number of brands we want to own, but we don't want to just own brands for the sake of owning brands,” he says. “We definitely want some category scale. So the pizza business here—this is the No. 9 player in the pizza business. We think that's great. The cookie business, it's probably No. 1 in terms of retail locations for Great American Cookie. Fatburger and Johnny Rockets and Elevation Burger together, we're talking like 600 locations. So there's definitely scale there. That’s the thing I think makes sense because from a purchasing and operational and marketing perspective, you get some scale.”

“I don't think that we need to own every type of food concept,” he adds. “We’ve stayed away from some of the very ethnic concepts like we haven't bought Korean barbecue or sushi or things like that that are more complex to operate on a franchise basis."

Starbird Begins to Fulfill its Unit Growth Destiny
Yum! is 'Scanning Categories' for a Potential Acquisition
Subway Evolves Into its Next Stage of Growth

Sometimes, Friction is Needed to Build Customer Experiences
Advancing Hospitality in the Post-COVID Economy
How Ghost Financial is Bringing Dark Kitchens Into the Light

Why Inflation is Making Customer Experience More Important than Ever
The State of Restaurants: Demand, Price, and a Race for Loyalty
Chicken Wing Prices Take Restaurants on Another Wild Ride

Why Sarpino’s Pizzeria is One to Watch
How to Create the Next Fast-Food Menu Frenzy
McDonald's to Test Chicken Big Mac in U.S.

Restaurant Franchising After COVID: A Story of Resiliency and Rebound
A Vision of a Post-COVID Era Emerges for Restaurants
Regulations Lift, But Pandemic Dining Habits are Here to Stay