The chain is seeing positive sales after shedding 300 stores in five years.

In the first half of 2019, Long John Silver’s charted a course for recovery, beginning with stabilization.

At the time, the business faced three main obstacles. The chain had a master lease situation hanging over its head, which presented a lot of dead rent assets. Long John Silver’s was also shedding about 60 restaurants per year and was burdened with the task of buying back troubled franchises.

The strategy was to simplify the business. Long John Silver’s went from 75 workers at its Restaurant Support Center to roughly 45 and renegotiated its master lease. As the process unfolded, the brand started thinking less as a national brand and more about how it can take its marketing spend and make it more local for franchisees.

The restaurant began to see wins throughout the middle of 2019, it said. Long John Silver’s stared down a tough reality in the final part of the year, however, as the brand tightened its advertising budget to prepare for 2020. As a result, transactions declined.

“So we had our level set starting into 2020,” says Blain Shortreed, who was recently hired as CEO. “And we thought that most of the assets that were part of the LoJohn [leases] that were going to be removed from our base were gone. We felt that most of the bleeding from our ad budget was done, and we were ready to reset ourselves. We got into 2020, and I think our story was starting to pan out.”

Long John Silver’s went from 1,000 stores in 2015 to around 740 in 2019, including 540 franchises and 200 company-run stores. In January, the chain saw positive same-store sales stacked on top of growth from the previous year. Then COVID arrived a couple of months later, and the 52-year-old brand was forced to adapt.

Transactions declined 30 to 40 percent during peak Lenten season, which usually brings the highest sales volumes of the year. In addition, Long John Silver’s switched from a 50 percent dine-in business to 95 percent drive-thru and 5 percent delivery. Business shifted overnight, but Shortreed says managers had the innate ability to adjust within days. Operators found ways to cut back on cash flows, saving Long John Silver’s in the neighborhood of $200,000. They also learned ways to move from 15-day inventory to about eight days, which saved another $500,000 of working capital.

Because no capital was being spent and no one could visit restaurants, Long John Silver’s considered furloughing seven to 10 employees. Instead, the brand told those workers to refocus on being productive during COVID. For example, John Haley, the brand director for development, had no funds to build out restaurants. So he switched to building shields to protect customers and employees inside stores.

Another 60 or so units shuttered in 2020, meaning roughly 300 stores have closed in the past five years. Long John Silver’s currently has 670 stores—346 standalone, 139 co-branded with A&W, and 185 co-branded with KFC and Taco Bell. It also breaks down to 200 corporate stores and 470 franchises.

“I know in this business when you have restaurants that have a problem, throwing complexity at them, being that they have to go through a drive-thru and they weren't good at drive-thru, it's not going to fix their business enough so that they can recover like the rest of the restaurants,” Shortreed says. “So good operators survived through that, and I think some of the ones that were already not some of our better operators, we had to take some action just to make sure that we were making headway on our overall vision to simplify our business and make sure that we're delivering on the customer experience.” 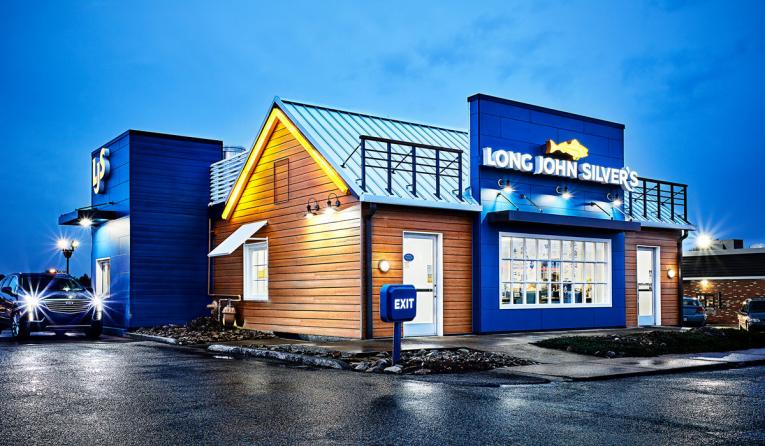 At remodeled stores, the brand is seeing 20 percent growth in terms of traffic.

After the significant drop in sales, Long John Silver’s rallied to finish the year with positive growth. This set the groundwork for the revitalization phase of the brand’s turnaround in 2021.

One of the targets is improving speed of service. Shortreed is the first to admit the brand struggles with quickness; even though sales became positive and average check increased, traffic still dropped 6.5 percent in 2020.

Long John Silver’s is aiming to resolve this issue ahead of Lenten season. By then, 100 percent of company stores will have a timer—the same ones used by McDonald’s. Shortreed says the restaurants are focused on total time, which means from the time a consumer orders to the moment they leave the window. The goal is to reduce that from five and a half to six minutes to under four minutes. He estimates that for every 30 seconds of improvement, Long John Silver’s traffic count improves by roughly 1 percent. The restaurant learned through customer feedback that speed went from No. 4 on the priority list to No. 1, and accuracy went from No. 5 to No. 2.

“Right now, we're not as fast as we'd like,” Shortreed says. “And neither are franchisees who we continue to work with.”

Another objective in 2021 is creating an online ordering platform, especially since 60 to 70 percent of consumers visit the website to search for a delivery or pickup option. CMO Stephanie Mattingly explains that the first step toward mobile ordering and making the brand more accessible was partnering with third-party aggregators. By April, 90 percent of the system utilized delivery services. However, Long John Silver’s faced what many operators have lamented—high delivery fees absorbed by restaurants and consumers. To circumvent these high costs, Long Silver’s is planning to build online ordering through the website, which will not only give it valuable access to customer information, but also the ability to reward the most loyal guests.

Mattingly says the new platform is scheduled to arrive within the next month.

“That's what I think customers can expect is just an easier experience,” Mattingly says. “A less expensive experience and a better way to get the food they love and that they crave from Long John Silver’s.”

The brand will continue to innovate around the menu to attract new and existing consumers, as well. In recent years, Long John Silver’s experienced success with new items like the grilled menu lineup featuring Grilled Shrimp and Salmon Meals, Tacos, and Rice Bowls. The items mix 5 to 6 percent without much advertising behind them. In 2021, Long John Silver’s will roll out Lobster Bites—a successful promotion that ran a few years ago—and a Lent promotion focused on grilled, popcorn, and hand-battered shrimp.

Mattingly says the goal is to unveil new product news at least two to three times each year, starting with Lent.

“That was one of the things that I wanted to do when I came to Long John Silver’s—just bring back that testing and that rigor and roll what we test and test what we roll, and make sure that the consumers actually like the product and we're not just putting something out there that won't sell or it's just not innate for our brand,” Mattingly says. 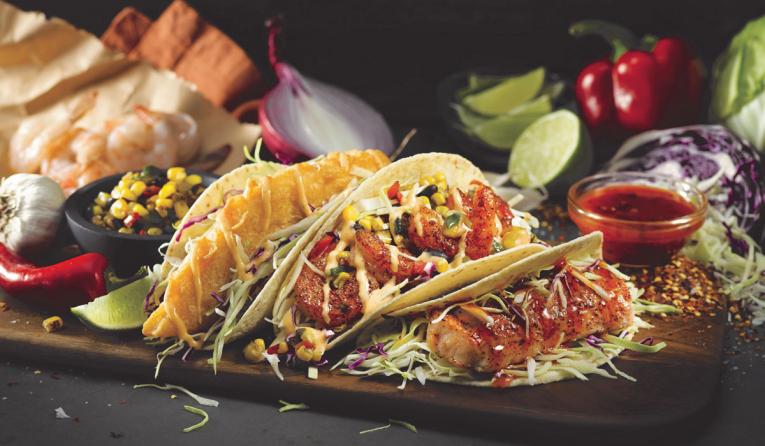 Concerning unit growth, Shortreed says the company isn’t publicly selling franchises at this time. If there’s interest from outside parties, Long John Silver’s will have those conversations because there may be markets where it makes sense. With that said, the brand opened three new stores so far this year and has continued to update its restaurants.

Shortreed says in the past, Long John Silver’s tried to hit a home run with remodels with investments hovering at $500,000. The CEO notes current AUV is at a good level, but not enough to invest that much in remodels, so the company created a more economically efficient True North Light upgrade. With this remodel, Long John Silver’s is taking its Cape Cod building and refreshing it with a modernized look. The building features softer blues and grays as opposed to yellows, and includes adjustments to the shutters and roof. The restaurant is currently working on its 12th and 13th remodel.

At the remodeled stores, the brand is seeing 20 percent growth in terms of traffic. Shortreed says customers want Long John Silver’s to succeed, but they also want to see the restaurant put in the effort. The CEO expects to complete 10 to 20 remodels each year. Long John Silver’s will ensure franchisees maintain a similar pace.

“I think we have to start first as an equity business,” Shortreed says. “And that's why we repurchase these restaurants. We didn't have franchisees that were willing to make those types of investments, but we've proven to our owners over these last 18 months that this is an investable proposition. So we're going to keep moving forward, and our owners are putting up the money to make sure that we reinvest our cash flow back into these asset upgrades.”

Shortreed says the chain is focused on brick and mortars as opposed to ghost kitchens or virtual concepts. Long John Silver’s is also working on a prototype that could fit on less than a 0.5-acre pad and include a drive-thru and about 50 seats, primarily outside.

“They really work pretty well if you build your kitchen out properly,” Shortreed says. “So we're still trying to figure that out. We’re a pretty good small town venue. Some of these smaller towns where we may have exited, we may be able to go back in with a smaller footprint where the costs are a lot less.”

The CEO notes Long John Silver’s is in a good spot after a year and a half of work. The objective will be to continue stabilizing the U.S. base and capitalize on interest shown overseas. Because Long John Silver’s has survived the pandemic, Shortreed says investors view the brand as an opportunity to round out their portfolio.

The key for the restaurant in the coming years will be executing its fish and chicken platform to become America’s favorite seafood place, Shortreed explains.