Chipotle in 2019: Call it a Comeback Now

Digital, drive thru, and marketing suggest one of the best runs in recent memory is coming.
Fast Casual | February 2019 | Danny Klein

Optimism and investor confidence have followed CEO Brian Niccol since he joined Chipotle in March. But even Wall Street was caught off guard by the blockbuster quarter the fast-casual leader just turned in. Chipotle’s same-store sales growth of 6.1 percent—its highest in six quarters—smashed Refinitiv estimates of 4.49 percent. Revenue of $1.23 billion sailed $1.194 billion and adjusted earnings per share of $1.72 beat $1.37.

Past just the performance spike, Chipotle’s Q4 and full-year 2018 results point to a very alluring 2019. Take a look at the acceleration in comps throughout the calendar:

This is where the true comeback picture lies. Chipotle’s Q4 results were aided by a 3.3 percent menu price increase, average check growth of 4.1 percent (3.3 percent pricing and 0.8 percent menu mix), and a 2 percent boost in comparable store transactions. That combination means, encouragingly, customers were willing to pay higher prices, spend more money overall, and come back more often. And it’s only getting better. Traffic jumped from flat in October and November to mid-single digits in December, and appears to have continued at the same pace in January. On the comps side, October and November saw a roughly 4 percent same-store sales lift while figures boomed nearly 10 percent in December.

Why Chipotle and Domino's could be 2019's big winners

Are Chipotle's prices too low

For the year, Chipotle’s same-store sales upped 4 percent anchored by a 4 percent benefit in price increases. Transactions fell 0.8 percent, year-over-year. What this suggests is that Chipotle, as Q4 proves, picked up serious top-line momentum. Same-store sales growth is speeding up even after menu price increases were pushed through about a year ago.

BTIG analyst Peter Saleh wrote in a note Thursday morning that, “We believe Chipotle is starting to fire on all cylinders with digital, delivery, menu innovation, and stronger marketing all coming together to fuel the comp acceleration seen toward the end of the quarter.” Saleh now believes $25 EPS, double his 2019 estimate, is achievable “over the coming years as these initiatives steadily march restaurants back toward their peak unit volumes and margins.”

All together, Chipotle is headed into 2019 with more energy than it’s had in quite some time. Let’s unpack some of the highlights. 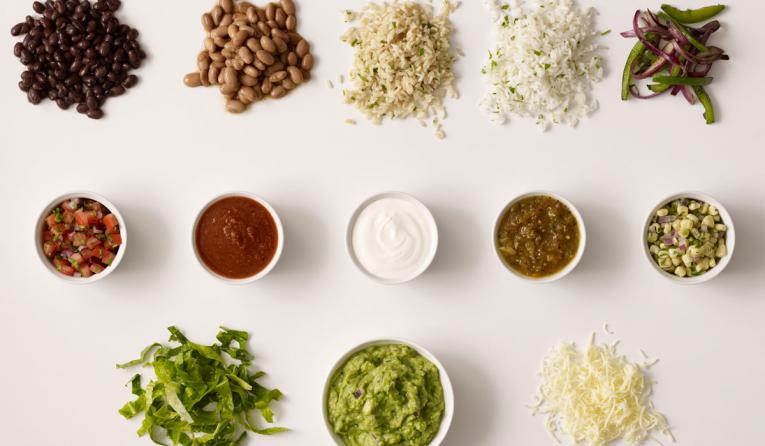 Delivery and digital are playing a leading role in Chipotle's recent sales boom.

From day one, Niccol, the former Taco Bell chief, lamented Chipotle’s lack of awareness in the marketplace. Given his marketing background and the lifestyle icon status of Taco Bell, many expected Niccol to remedy this weakness. He has, and perhaps quicker than could have been expected. Chipotle’s digital sales boomed 66 percent in Q4, year-over-year, an acceleration from the 48 percent it saw in Q3. Digital sales totaled $158.6 million in the quarter and represented 12.9 percent of sales.

For the full year, digital sales exceeded $500 million and represented 10.9 percent of sales. Another stellar result: App downloads increased 72 percent, year-over-year, in 2018. “We continue to see strong interest from new, infrequent, as well as frequent guests at Chipotle,” Niccol said in a Thursday afternoon conference call.

Delivery sales increased roughly 13-fold compared to the fourth quarter of 2017. Niccol said Chipotle has seen very little guest overlap between its own in-app delivery and third-party delivery partner apps. And “as we continue to remove friction from the digital ordering and pickup process, we expect our delivery time advantage to continue to widen.” Pickup shelves and delivery pre-pay capabilities that will enable drivers to walk in, pick up, and walk out without any delays are being added.

“We're still best in class when it comes to speed, and the second piece is, our food is really great when it gets delivered,” Niccol said. “That burrito, it's really delicious. So if you give people delicious food in roughly 30 minutes at home while they're watching whatever they're watching, appears to be a good idea for our consumer.”

Chipotle also continues to stage-gate test its loyalty program with a national launch expected in 2019. Niccol said the chain is seeing light, lapsed, medium, and heavy users enroll. “But the thing that we’re most interested in that data that we get on this,” he said, “is our ability to then turn around and remarket Chipotle to influence people’s behaviors going forward.” Chipotle has been testing the platform in Phoenix, Kansas City, and Columbus, Ohio since early November.

Drive thru is another thing pundits thought would never fly at Chipotle. Currently there are 10 restaurants with “Chipotlanes,” as the company is calling them. The initial test of the mobile-order pickup lane is showing promising results with a higher mix of digital sales and total restaurant sales, Niccol said. Chipotle plans to build “a few dozen more” in 2019 with a mix of freestanding and end-cap builds. CFO John Hartung said the company’s new restaurant investment this year will increase to an average of about $860,000 per new opening, mostly due to the further testing of the Chipotlanes. “The guest convenience with Chipotlane, along with the potential for superior economics, support allocating a portion of our portfolio to this new format,” he said.

Niccol broke down how they work.

Guests order ahead in the app or on Chipotle’s website. What it does is provide another access point at the restaurant where a customer doesn’t have to get out of their car—they just pull up to a window. An employee has a quick conversation with the guest. It’s a set pickup time. “And then what happens is, literally, it’s like, I’m here for my burrito. Out the window comes your burrito, and you never get out of your car,” Niccol said.

Arguably, it provides the fastest way to Chipotle in the company’s history.

As for how this will unfold, Niccol said Chipotle would need to find trade areas where, historically, it can add volume thanks to the access point. In other words, perhaps smaller footprint restaurants. It’s really a new-build effort as well. Niccol said Chipotle might do “one or two” remodel efforts, but the emphasis will be on fresh restaurants going forward. 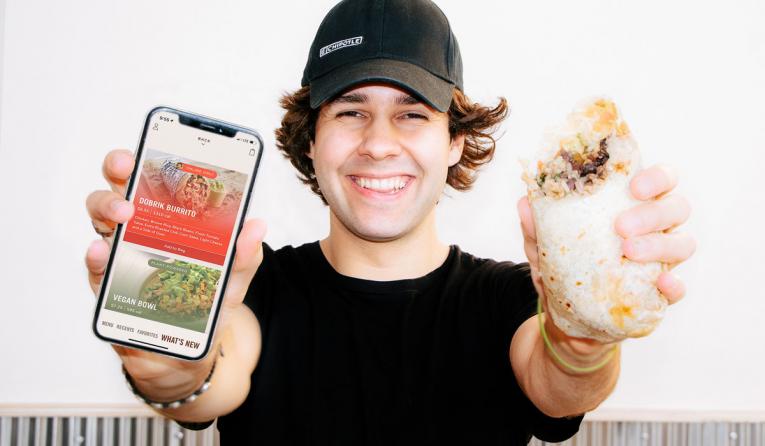 Chipotle's second make-lines are in about 1,000 restuarants.

Throughput at the forefront, and how this affects digital sales

A pillar of Chipotle’s turnaround strategy has been to modernize its restaurant experience with enhanced access and less friction. “We continue to hear the No. 1 reason consumers eat elsewhere is because they don’t have convenient access to Chipotle,” Niccol said. He’s mentioned this line of thinking before. And Chipotle poured no shortage of investments into fixing it. Digitalized make-lines are now in more than 1,000 restaurants and remain on track to be in all units by the end of 2019, Niccol said. Digital pickup shelves are also in about 1,000 restaurants, and Chipotle believes it can add those to all restaurants by mid-2019.

Also, Chipotle is focused on reducing turnover at the general manager level in 2019, Niccol said. The GM is now in a position to lead the restaurant versus managing every single process of production. “Internally, we're calling this the year of the general manager. We're also doubling down on throughput training and providing our teams with an easy-to-use dashboard that provides greater visibility on their throughput performance,” he said.

"We are in the process of building sales growth layers for multiple years and putting them through our stage-gate process to ensure we are learning and iterating prior to national launches. While we are focused on winning today, we are also cultivating our future." — Brian Niccol, Chipotle CEO.

In the first half of 2019, Chipotle is launching a program labeled “Cultivate You 2.0.” It will bring leadership training to the restaurant general manager level to further drive in-market talent development. This builds on 2018’s efforts, which included retraining all of the company’s field leaders during “Cultivate You” sessions at corporate support centers.

Hartung said the biggest challenge moving forward is going to be labor inflation, and the company expects to offset some of that with a “very modest price increase.”

It’s worth noting that Chipotle could be headed for some serious net income generation in 2019 or 2020 thanks to these initiatives, like corporate restructuring, representing a much smaller burden on its bottom line.

CMO Chris Brandt, who came over from Bloomin’ Brands in March, has led a very effective charge early on. Chipotle said its 2018 overall digital impressions increased nearly 20 percent, year-over-year, and social impressions lifted close to 40 percent. And this was accomplished without increasing the company’s total marketing budget, Niccol said. “Going forward, you can expect Chipotle to continue to be a part of culture, have a presence in national media where and when it makes sense, and to have an always-on social and digital program,” he added.

In late September, Chipotle launched its “For Real” advertising campaign centered on the brand’s ingredients and cooking techniques. Chipotle published its entire ingredient list in Times Square, and took out a full-age ad in the New York Times with the headline reading that the “hardest ingredient to pronounce at Chipotle is Chipotle.”

The next iteration of the campaign, called “Behind the Foil” launches February 11. Niccol said it feels more like a documentary than traditional advertising and “showcases our fresh ingredients, food preparation, and celebrates the work our talented team members do every day in our restaurants to provide our guests a great dining experience.”

Some other promotions included Chipotle’s free delivery bowl offering, which ran from December 17 to January 7. Niccol said it expanded access and attracted new guests to Chipotle’s app and fresh delivery capabilities. Perhaps most notable: nearly half of the guests who took part in the offer were new or lapsed users.

On January 2, the company also made waves with its first menu innovation, known as Lifestyle Bowls. This digital-exclusive offer catered to New Year’s diets, like Paleo and Whole30, and generated more than 1.3 billion earned media impressions in the first few days of January, Niccol said.

In sum, Niccol said Chipotle made progress in 2018 that provides hopeful runway for 2019. And much of that can be credited to building a culture of accountability and creativity. “We are in the process of building sales growth layers for multiple years and putting them through our stage-gate process to ensure we are learning and iterating prior to national launches. While we are focused on winning today, we are also cultivating our future,” he said.