McDonald's continues to revamp its menu, one step at a time.

McDonald’s is remaking one of its classics. The fast-food leader introduced a new apple pie September 12 at all locations, the latest step in an effort to clean up some of its menu staples.

"Our new freshly baked Apple pie recipe is in line with other positive changes we have made," said Tiffany Briggs, a McDonald's spokesperson, in a statement. "We removed, for example, artificial preservatives from our Chicken McNuggets and switched to real butter in our breakfast sandwiches because those changes matter to our guests.”

The pie is different in appearance, taste, and ingredients. It’s made with a flaky, lattice top crust with a sprinkled sugar topping compared to the old sugar and cinnamon topping. McDonald’s added cinnamon to the filling for more flavor and now features 100 percent American grown apples versus diced apples, including Golden Delicious, Jonagold, Rome, Gala, Ida Red, and Fuji. 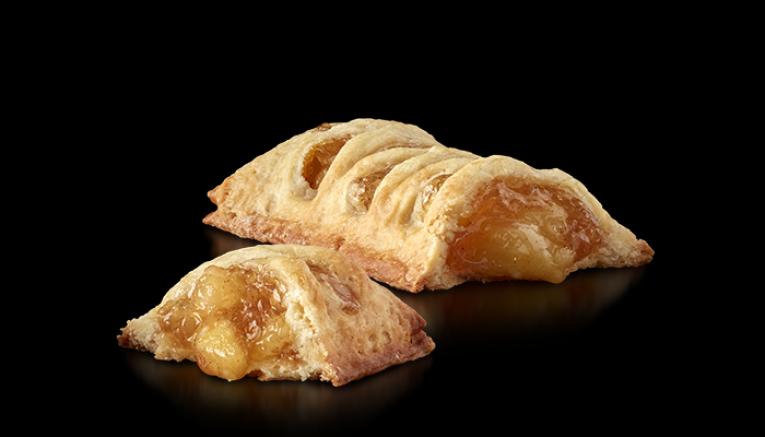 Apple pie was the first dessert added to McDonald’s menu in 1968, the same year the chain introduced the Big Mac. It was originally a turnover-style pie fried with a light, golden color, and served in a folder cardboard carton. McDonald's replaced the original fried pies with the baked version in 1992. McDonald’s has offered more than 40 different varieties over the years, including pumpkin, lemon, pineapple, and strawberry.

McDonald’s menu revamp has been a deliberate process. Before Steve Easterbrook took the reins in 2015, one of the chief complaints about McDonald’s during Don Thompson’s tenure as CEO was that the menu had become too bloated. According to Datassential numbers reported in 2013, the menu had expanded by 70 percent to 145 items between 2007 and 2013. Premium menu items designed to compete with the elevated offerings of the fast-casual segment, like Angus burgers and Premium McWraps, never took off.

A key element in Easterbrook’s turnaround plan was a recommitment to McDonald’s core product offerings and simplification of the menu by removing some underperforming and overly complex items. McDonald’s also pledged to invest in better ingredients, including chicken raised without antibiotics important to human medicine (which it will phase in globally by 2027 but has already completed in the U.S.) and cage-free eggs (which it will phase in by 2025), while also removing corn syrup from hamburger buns and artificial preservatives from items like Chicken McNuggets. And last year McDonald’s announced it would start to roll out fresh beef patties for its Quarter Pounders.

McDonald’s new Happy Meal menu boards list only the following entrée choices: Hamburger, 4-piece, and 6-piece Chicken McNuggets. Guests can still special order cheeseburgers if they want; it just won’t be on the board. McDonald’s also replaced the small French fries with kids-sized fries in the 6-piece Chicken McNugget meal, which decreased the calories and sodium in the fries serving by half, McDonald’s said. The chain is reformulating chocolate milk as well to reduce the amount of added sugar. As this process unfolds, McDonald’s will remove chocolate milk from the Happy Meal menu.

Later in 2018, McDonald’s will add bottled water as a featured beverage choice. Earlier, in December, the brand completed the transition to Honest Kids Appley Ever After organic juice, which features 45 less calories and half the total sugar of the prior product.

In the second quarter, McDonald’s reported domestic same-store sales gains of 2.6 percent at units open for at least 13 months, giving the chain 12 consecutive quarters of positive comps. The number was, however, McDonald’s slowest U.S. same-store sales growth in over a year. Comps grew 4 percent globally. Revenue in Q2 was $5.35 billion, down from $6.05 billion in the year-ago period.