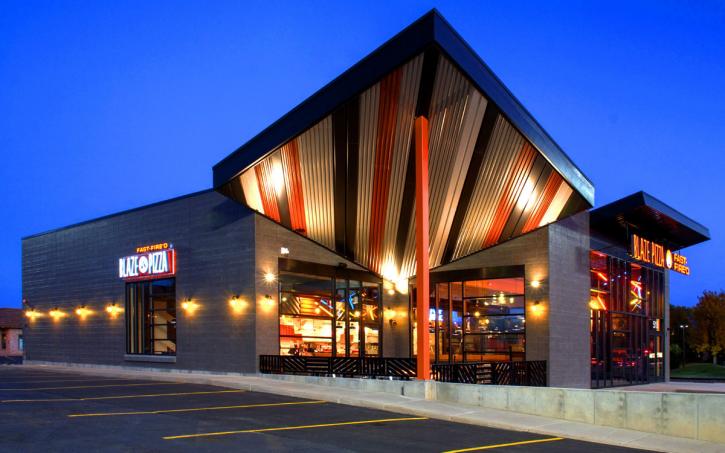 Despite an industry beset by challenges ranging from the thrust of automation and labor pressures to disruptive technology and intense competition, restaurant franchises continue to attract entrepreneurial souls.

“There’s nothing like the food sector,” says Franchise Business Review (FBR) CEO and managing director Eric Stites. “You’re face-to-face with your customer every day and see immediate results. People know it’s a hard business, but they’re drawn to the challenge and the energy of the sector.”

While some restaurant entrepreneurs will chart their own path with a self-created concept, many others, particularly on the industry’s quick-service side, embrace franchising, feeling the opportunity to leverage an existing entity’s playbook, brand identity, and counsel is worth the required cost of entry.

But not all quick-service franchises are created equal. The best of the bunch view their franchisees as true business partners, involving them in decisions, minding their needs, and, ultimately, devoting resources to their success, because when individual franchisees win, so too does the brand.

For the ninth consecutive year, QSR investigates some of the industry’s top franchise deals. This year, we’ve chosen standouts in six foodservice categories that offer a strong mix of compelling financial returns and brand power. And for the first time, FBR offered its own pick in each category, weighing franchisee satisfaction and other metrics, in this list.

And now on to the brands that cracked this year's annual list of best franchise deals. 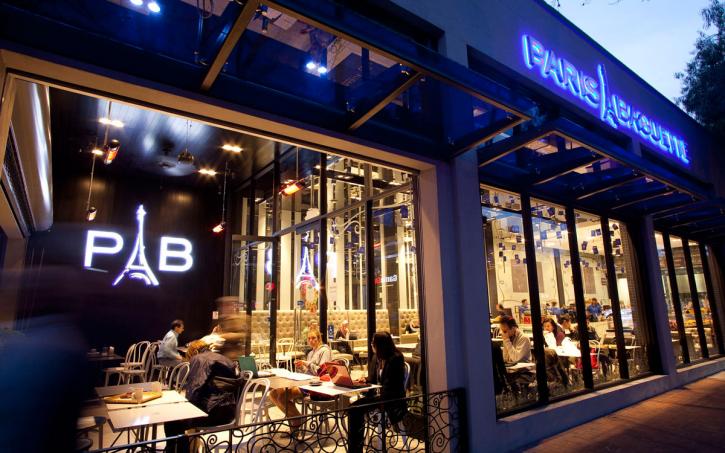 Paris Baguette might be a relative newcomer to the U.S. restaurant scene, but it is far from an unproven player. In fact, the bakery-café concept, which celebrated the opening of its first store in 1988 in Korea, has more than 3,800 units scattered around the globe.

The brand first entered the U.S. market in 2006, but spent its first nine years stateside focused exclusively on corporate growth in Los Angeles and New York. After proving its mettle in those two historically competitive markets, Paris Baguette launched its U.S. franchise program in 2015. Today, the company has nearly 70 domestic stores, about one-quarter of them run by franchise partners, and reports AUVs of nearly $2.2 million.

“The backbone of Paris Baguette is delivering the absolute highest product quality,” he says. 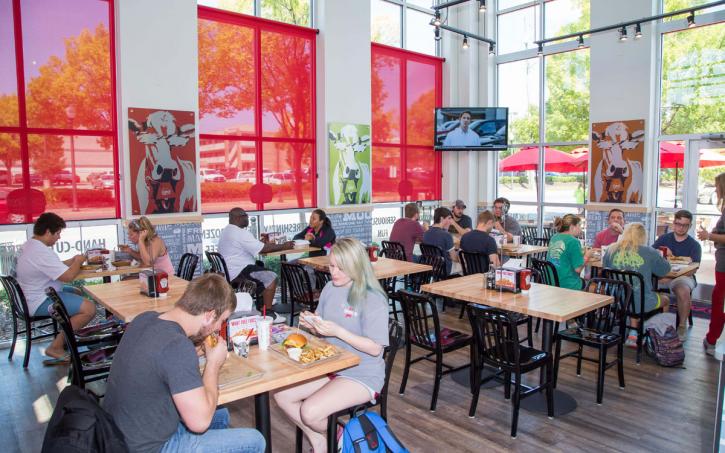 Last year, private investment firm Gala Capital Partners teamed with an affiliate of Balmoral Funds to purchase MOOYAH. The deal injected capital into the 11-year-old better-burger brand that allowed it to strengthen areas such as operational support, marketing, technology, research, and analytics.

And that has translated into immediate momentum for the 80-unit concept headquartered in Plano, Texas.

MOOYAH welcomed 15 new restaurants last calendar year, recently unveiled its first national TV campaign, and has signed deals to open locations in metro Orlando and southern Virginia while simultaneously heightening its presence in key states such as Texas and
Pennsylvania.

“We continue to hone our operations and improve our process from signing to opening, with a goal of reducing our buildout costs by 12 percent,” MOOYAH president and COO Michael Mabry says.

Already claiming AUVs above $830,000, MOOYAH is poised for growth and well-suited to deliver solid returns for its franchise partners, Mabry says. The chain continues to fine-tune a streamlined menu developed through research and analytics, and is leveraging its relationships with suppliers to offer franchisees a cost of goods typically reserved for much larger brands.

“At MOOYAH, we are a service company, and it’s our job is to service the franchisee,” Mabry says. 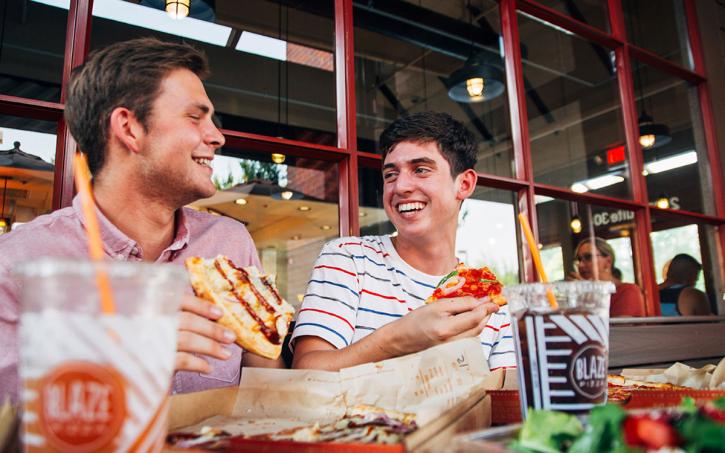 It’s been a rapid rise for California-based Blaze, the fast-fired, artisanal pizza enterprise once hailed as the fastest-growing restaurant in history. In five years, Blaze skyrocketed from inception to more than 250 restaurants. Today the chain has units across 40 states, as well as locations in Canada and the Middle East. AUV, meanwhile, sits north of $1.4 million.

Focused on partnering with hungry, humble, well-capitalized, and best-in-class operators, Blaze delivers a collaborative, transparent environment, Canady says. To that end, it returns all rebates to franchisees and holds monthly Webex presentations to ensure the passage of key information. 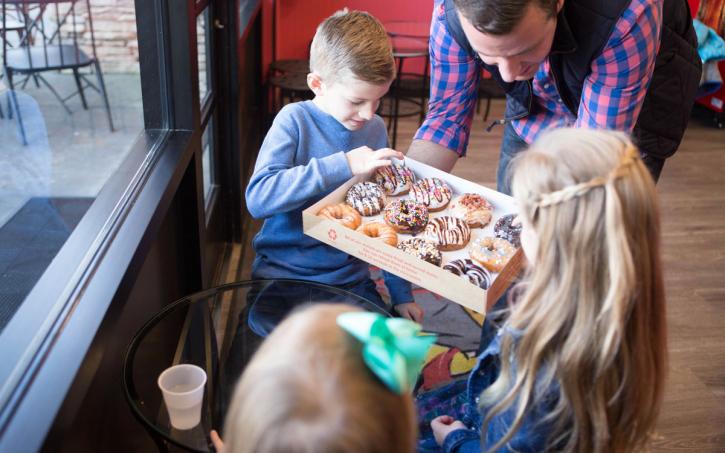 A 12-year-old, made-to-order doughnut concept, Duck Donuts is pushing its way toward national prominence. Operating more than 60 units spread across a dozen states, the brand, started in North Carolina and now corporately headquartered in Mechanicsburg, Pennsylvania, is moving westward from its Northeast base and has some 140 locations in the development pipeline, including units on the Pacific Coast.

Director of business development Matthew Wagner says many franchisees investigate the brand after enjoying their own positive experience in a Duck Donuts, where customers select the coating, topping, and drizzle combinations for their vanilla cake doughnuts. Franchisees ultimately join the system, however, because of the concept’s ROI potential, AUVs approaching $725,000, and the ability to develop multiple locations with the help of a franchising company that provides extensive support, like field assistance, site selection, store design, marketing, and training.

“The company continues to focus on growing the brand, not necessarily from a store count, but rather operationally and from a marketing standpoint, whether that is enhancing the customer experience in and out of the store, developing new products, or offering exciting seasonal promotions,” Wagner says, adding that an online ordering platform will be active in all Duck Donuts units by the end of the year. 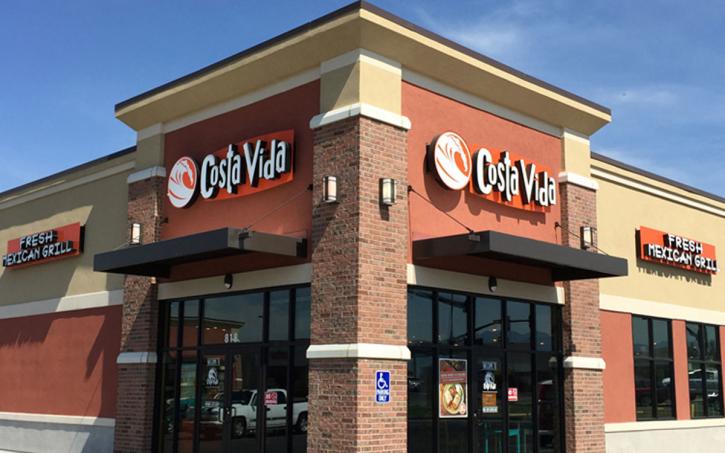 For the last eight years, Costa Vida has recorded double-digit revenue growth. On top of that, AUV at the Utah-based Mexican grill concept has increased each of the last six years, now topping $1.3 million.

Seeking to build on that momentum, Costa Vida leadership continues investing in catering efforts to weddings, special events, and sports activities to provide its franchisees a complementary revenue stream to in-store sales. With scratch-made food, drive thrus in many units (quickly becoming the brand standard), and vibrant, inviting restaurants, the 15-year-old brand is nearing 100 units and delivering compelling returns for its franchisees, nearly two-thirds of whom own multiple locations.

Of course, Costa Vida has a habit of treating its franchisees quite well. Each year, in fact, the corporate office plans multiple events for its franchise partners to escape the everyday grind of the business, connect with their peers, and rejuvenate their minds. Recent trips included a week on the beaches of Mexico and riding Harleys in British Columbia.

“With Costa Vida, you are not another number or dollar sign,” director of franchise sales Caleb Rutter says. “We believe in creating long-lasting relationships and working together to build this amazing brand.” 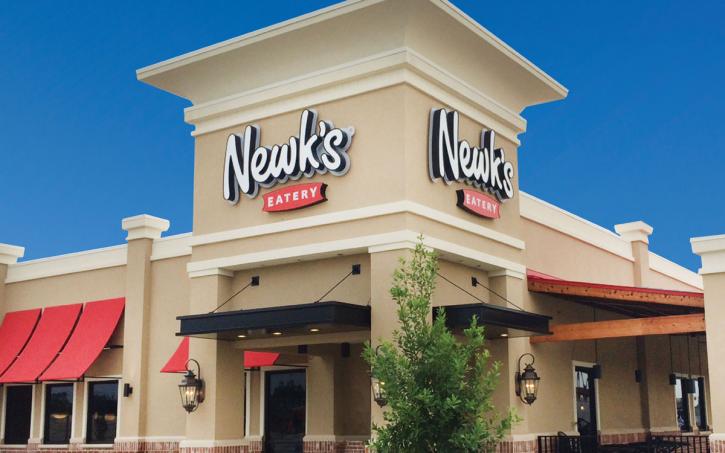 In the uber-competitive fast-casual category, Newk’s distinguishes itself with AUVs of $2.15 million; a culinary-driven menu featuring made-from-scratch recipes; an operations-focused, unit-level model easy for franchisees to learn; and extensive corporate support in areas such as real estate, training, operations, and marketing.

With more than 100 units open across the U.S., primarily in the Southeast, Mississippi-based Newk’s—a concept created by the father-son duo that launched the McAlister’s Deli chain—is a fast-growing yet proven brand with ample white space on the U.S. map.

Newk’s chief development officer Chris Cheek says the brand offers its franchise partners a quality-of-life element as a two-daypart concept. There’s also a forward-looking leadership team that has reduced buildout costs on its standard prototype by 15­–20 percent, unveiled an open-kitchen design to answer consumers’ desire for added transparency, and incorporated a 6-foot refrigerated grab-and-go area into each restaurant to address swelling consumer demand for convenience and off-premises dining.

“We don’t need to redesign our restaurants, [because] we’re ahead of the game,” Cheek says. “Newk’s understands our guests and has been offering convenient, fresh-made food for more than a decade, so we are ready for the shift in the fast-casual industry away from in-restaurant dining to in-home dining.”