The California-based company wants to bring an authentic, Mediterranean concept to markets across the country.
Web Exclusives | June 26, 2019 | Rachel Taylor

Elite’s goal is to transform Daphne’s from your dad’s pita shop into a real, modern Mediterranean restaurant.

Daphne’s Mediterranean no longer wants to be just another pita shop or an eatery that offers only traditional Greek cuisine. The 30-year-old brand is making changes to become an overall Mediterranean concept celebrating the spices and flavors of the region.

Daphne’s new owner, Elite Restaurant Group, is the driving force behind this refreshed vision. The California-based company was acquired by Elite in April 2018.

Elite has been on a mission to modernize the feel of the restaurant and revamp its menu to attract younger diners while still keeping devoted customers, who have been dining at the brand since the beginning, satisfied. In order for Daphne’s to succeed in the ever-competitive space, where a two-headed, rapidly growing giant looms in Cava and Zoes Kitchen post their $300 million deal, major changes needed to be made to reposition the brand for the next 30 years of success, Eldredge says.

A little over a year after the acquisition, Elite is ready to roll out Daphne’s 2.0. In order to boost the concept from a regional to a national brand, Elite decided to acquire one of Daphne’s competitor’s, Noon Mediterranean, at the end of 2018. Noon was an upstart brand that had fallen on hard times, which fit right into the target Eldredge mentioned. Formerly known as VERTS, the chain pushed 40 locations in November 2016. At that point, it had a goal for 250 stores by 2020. Noon filed for bankruptcy protection last August. The chain closed seven restaurants and laid off 89 employees as part of its reorganization, including 10 at its corporate headquarters, according to an initial bankruptcy petition. The petition reported $1–$10 million in assets and $10–$50 million liabilities across 50–99 creditors.

Acquisitions and mergers are common in the restaurant industry and gaining momentum, but Elite is using an innovative strategy to combine the two brands. Instead of cannibalizing all of the Noon locations and immediately turning them into Daphne’s, Elite studied menu items and processes to see if anything could carry over to the new, contemporary version of Daphne’s. “We're trying to eliminate redundancies,” Eldredge says.

Noon’s falafel was better than Daphne’s, so Elite rolled out Noon’s version at all locations. Eldredge says this strategy is a way to get both concepts on the same page with a streamlined and cohesive menu, which in turn, will take pressure off of the brand’s supply chain as it transitions to a national footprint. 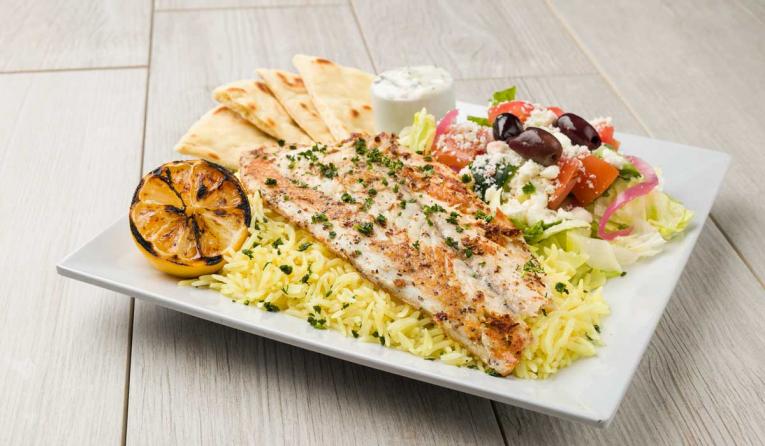 Customers have had mixed reactions to the new focus on healthy foods, but Elite believes that’s the way to capture diners in the long run.

The menu is a work in progress and is still evolving. A few different iterations have rolled out so far. Along with taking the best items from each concept, the Daphne’s team is devoting resources to developing products that will stay on the menu long-term rather than just focusing on LTOs, Eldredge says. With health-conscious customers in mind, all menu items are under 700 calories. Guests can still customize dishes without exceeding that count. The menu also caters to guests with low-fat, low-carb, high-protein diets as well as vegetarian, vegan, and gluten-free customers.

Elite’s goal is to transform Daphne’s from your dad’s pita shop into an authentic, modern Mediterranean restaurant.

“We're focusing on recipes from all over the Middle East—everything from Armenian to Lebanese to Greek—to give an actual Mediterranean take on casual dining compared to just being a Greek restaurant,” Eldredge says. “We want to offer more diversity to expand across other Mediterranean cultures.”

Daphne’s menu has Mediterranean flavor at its core, but that hasn’t stopped the development to take on some aspects of American dishes. To help attract new customers, the menu is “kind of an immersion of Mediterranean food into American cuisine,” Eldredge says.

“One example of that is a dish called Fire Feta Fries with spicy sauce with feta cheese in it,” he says. “You get that great Mediterranean feature on top of having a nice, crispy, salty, savory fry. So it's kind of like an infusion. It’s not necessarily traditionally a Mediterranean dish, it’s kind of a Mediterranean spin on American food.”

Transitioning from a regional to national brand

After the acquisition of Noon, Daphne’s gained locations in Dallas, Austin, Houston, and Boston. By the end of May, most units were rebranded under the Daphne’s banner.

Instead of rapidly expanding the concept, Elite is taking the time to see what makes sense financially for franchisees. Low-performing locations are closing or being relocated to optimize the company’s footprint.

After the conversion of the Noon locations completes later this year, Daphne’s footprint will consist of roughly 32 locations. Once Elite feels comfortable owning the markets Daphne’s is in, it will start thinking about future growth. “As we build momentum and inertia and we do plan to open and grow by 10–20 percent each year,” Eldredge says.

Older stores are being remodeled, but Elite hasn’t exactly nailed down the correct aesthetic to make the restaurant have a real Mediterranean ambiance.

However, guests won’t find the typical decor of a Greek restaurant, Eldrege says.

“It will have modern decor in a very clean concept,” he says. “We want to make it more of a celebration of the food and spices.”

In the evolving fast-casual segment, diners are increasingly focused on the overall experience and want a place to linger and enjoy themselves. Eldrege says they are designing the stores for that kind of experience. 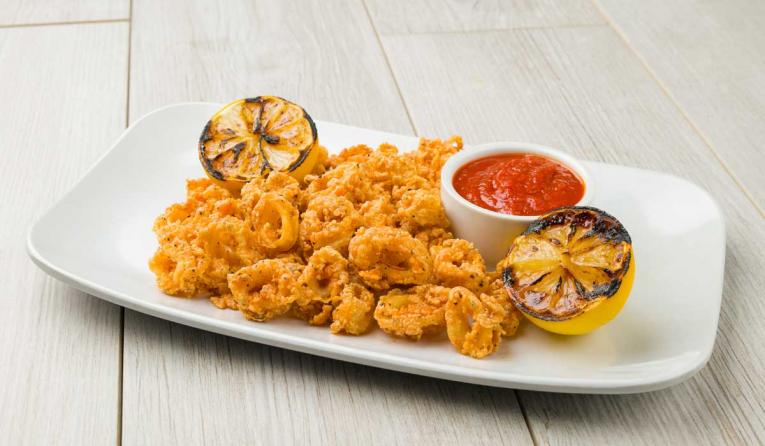 The Daphne’s team is devoting its resources to developing menu items that will stay on the menu in the long run rather than just focusing on LTOs, Eldredge says.

Turmeric is the first step in introducing customers to Mediterranean superfoods. Eldrege says, instead of adding avocados to every dish and calling it healthy, the chain plans on using spices like turmeric to put craft their own menu of superfood dishes.

“A lot of people are not really familiar with the flavor profile,” Eldrede says. “[We used] that promotion with turmeric to explain the spice and kind of put a different twist on Mediterranean food being a super food.”

Customers have had mixed reactions to the new focus on healthy foods, but Elite believes that’s the way to capture diners—especially in health-conscious markets like California—for the long haul.