Breakfast? New value deals? Whatever the changes might be, experts expect them to be significant.
Web Exclusives | March 19, 2018 | Kevin Hardy

What will former Taco Bell CEO Brian Niccol accomplish at Chipotle? It shouldn't take long to find out.

When Chipotle announced Taco Bell’s Brian Niccol as the next CEO of the fast-casual burrito chain, RJ Hottovy was surprised. Not by the choice, but that it hadn’t been obvious all along.

As CEO of Taco Bell, Niccol’s tenure was defined by unique menu innovations and bold marketing strategies that helped reposition the Mexican fast-food chain. Hottovy believes that experience should help him breathe new energy into Chipotle, which is still struggling to overcome food safety issues and lagging sales.

“I think the biggest problem Chipotle’s had is there has really been no positive news for really three years,” Hottovy says. “Brian is the kind of guy who can find a way to bring some positive energy into the company.”

Hottovy sees potential for Chipotle’s stock price to shoot up and down over the next year as Niccol makes his mark. He’s skeptical that it will reach its all-time high of more than $700 per share in 2015, but he thinks Niccol can at least deliver a stable stock price for investors.

For consumers, he says, the concept has simply grown tired. Even new product launches—like Chipotle’s roll out of queso—came well after other competitors had unveiled their own versions. Overall, the look of Chipotle stores and menus have gone largely unchanged for years.

“It pains me because I grew up two blocks from the original one in Denver,” Hottovy says. “So, I’ve been following this since day one. I was probably one of the first couple thousand customers at Chipotle.”

Niccol’s selection underscores that Chipotle founder Steve Ells understands the brand needs more changes than he can orchestrate, Hottovy says. Ells, who founded the chain in 1993, announced in November 2017 that he would step down as chief executive as the brand looked for a new leader with “proven turnaround expertise.”

In a Chipotle news release announcing the new hire, Ells said Niccol would help bring Chipotle to the next level, while also staying true to the brand’s values.

“Brian is a proven world-class executive, who will bring fresh energy and leadership to drive excellence across every aspect of our business,” Ells said in the February 13 news release. “His expertise in digital technologies, restaurant operations and branding make him a perfect fit for Chipotle as we seek to enhance our customer experience, drive sales growth and make our brand more relevant.”

In the news release, Niccol acknowledged that he would join Chipotle at a “pivotal time in its history.” He laid out plans to attract customers, return the brand to growth and deliver value for shareholders.

“At Chipotle's core is delicious food, which I will look to pair up with consistently great customer experiences,” the new CEO’s statement read. “I will also focus on dialing up Chipotle's cultural relevance through innovation in menu and digital communications.”

"I think the changes will be significant. They won’t be deck chairs moving around the Titanic. They will be a helicopter taking off from the back deck." — Gary Stibel, founder and CEO of the New England Consulting Group. 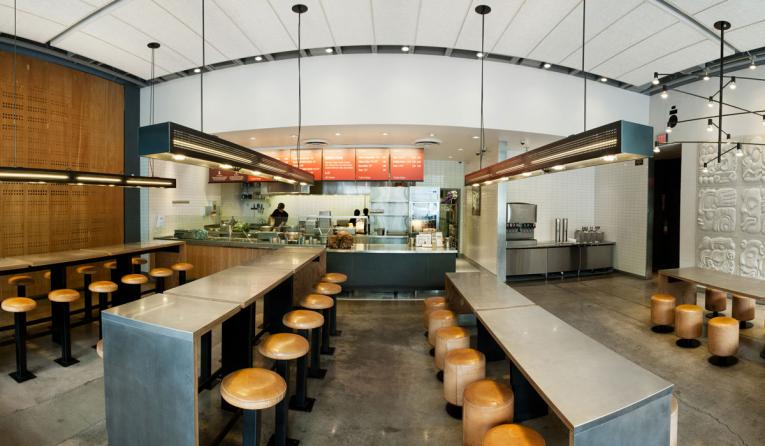 Experts believe a value menu of some sort will be part of Chipotle's future.

Gary Stibel, founder and CEO of the New England Consulting Group, applauded the selection of Niccol with some advice: “I would buy stock.”

“And if I wasn’t going to buy stock, I’d just say this is the right person at the right time,” Stibel says. “This is a win-win for Chipotle. And candidly, it’s a little overdue.”

He likened Niccol’s previous experience at Procter & Gamble to “basic training in the Marine Corps.” Alumni of such consumer packaged goods companies deeply understand supply chains, consumers and marketing strategies, he says. But moving from products to food service is often a difficult transition.

“Here you’ve got a guy who crossed the chasm successfully. He is about the best pick we can think of for that job,” Stibel says. “And it’s important to make the change.”

Stibel expects to see positive headlines for Chipotle soon. He predicts Niccol will push out announcements about new products, pricing or delivery options by the third quarter of 2018.

“I think you will start seeing the new Chipotle. And I think the changes will be significant,” he says. “They won’t be deck chairs moving around the Titanic. They will be a helicopter taking off from the back deck.”

One of Niccol’s biggest challenges will be to bring back once-loyal customers, Stibel says. He expects him to employ a new value proposition to drive traffic, but not one that resembles a fast-food dollar menu.

“Ithink it will be a value menu for people who enjoy the quality of Chipotle and will react to value promotions,” he says. “What he needs to do is bring people back who left and stayed away and create a reason for those people still coming to Chipotle to come more often, spend more money and bring their friends.”

Jason Moser, a stock analyst at the Motley Fool, expects the new CEO to reshape Chipotle’s brand identity with a refreshed marketing strategy (On March 14, Chipotle’s Chief Marketing and Strategy Officer Mark Crumpacker announced he would step down).

For years, Chipotle has relentlessly leaned on its “Food with Integrity” pledge, highlighting the sourcing and quality of ingredients.

“It seemed like whenever Chipotle wanted to do something on the marketing side it was always based on the quality of ingredients and putting themselves on a pedestal,” Moser says. “I think it’s going to be a very delicate balance he’s going to have to strike to help Chipotle bring a new marketing game to the market. But I also wouldn’t expect Chipotle to roll out a Doritos Loco Taco. We’re not going to see something beyond those lines, but I do think he’s going to bring more of an identity to Chipotle beyond just that food with integrity message.”

While he doesn’t expect a traditional [quick-service]-style value menu, he believes Niccol will try to make some play at value. And he’s all but certain that Chipotle will roll out some new menu items to build excitement. And he says a new breakfast menu is almost a must at this point for Chipotle.

“I’m stunned they haven’t yet. The name of the game in restaurants is traffic,” Moser says. “If you’re not selling breakfast, you’re telling the world that there are five or six hours of the day we don’t want your business, we don’t want you in our store.”

Moser doesn’t expect the brand to abandon its focus on quality ingredients any time soon. But he believes the selection of Niccol must have been a “wake-up call” of sorts for Ells, who has often held up the quality of food at Chipotle against that of the value-driven fast-food chains.

“My first reaction was kind of like, oh, the irony. It was a bit surprising to see that they would be bringing someone in from a concept like Taco Bell given the sort of the language Steve Ells had used in prior years,” Moser says. “He wasn’t very complementary of concepts like Taco Bell. I think he considered Chipotle a cut above them because of the food quality. So, I have to believe that was probably extremely hard for Ells to do. But I also thought that maybe he finally came to grips with the fact that he maybe doesn’t have what it takes to bring this business to the next level.”