Gosh Enterprises expects to open more than 100 units in 2021.

What Hoback means by that is simple. There will be a lot fewer restaurant seats in the industry once the COVID pandemic tapers off. The strong will survive and fill in the expanding white space, and Hoback has every reason to believe GOSH’s three brands will be a part of that group.

Outside of malls, Charleys Philly Steaks has seen same-store sales rise in the double-digits since mid-summer. Even inside the malls, stores have captured 85 percent of historical sales. Lennys Grill & Subs witnessed a similar double-digit trajectory, while fast-casual Korean concept BIBIBOP Asian Grill is roughly flat outside of urban and campus locations.

The goal is to expand the trio by more than 100 restaurants through the end of next year.

“We're getting there,” says Hoback, the former CEO of Good Times Restaurants. “Still impacted in the malls. We still have a few malls that have yet to reopen. But generally we're feeling pretty positive, particularly with Charleys out of the mall and BIBIBOP and Lennys doing so well.”

Most of the growth will come from Charleys, GOSH’s flagship restaurant, but from a different model of operation. Hoback says GOSH conducted a fairly deep brand research study early this summer to understand the DNA of Charleys and what to leverage. The data revealed that Philly cheesesteaks truly were the attraction and weren’t as niche as once thought. To supplement that, it added a wings menu that boosts the dinner daypart, as well as sales outside the four walls.

The 600-unit chain has roughly 50 out-of-mall stores—29 of which have a wings menu—and it’s looking to more than double that total in 2021. This consists of 1,800 to 2,000 square-foot buildings that facilitate a stronger off-premises strategy, such as a new online ordering system, loyalty program, and curbside pickup. Most are endcap units in strip malls, but there are free standing stores. For example, some units in Florida are converted drive-thru locations that have performed extremely well, Hoback says.

“We think it's got a huge white space available to it,” Hoback says. “I think Charleys can really own the cheesesteak category. Even when you look inside the malls, One Potato, Two Potato and Steak Escape and others that have gone by the wayside outside the mall, we think that Charleys can really be the dominant player in the cheesesteak category.”

Charleys is also looking to grow in retail stores via a pilot program with Walmart. The restaurant will work with the retail giant to open 10 stores in 2021, chasing a goal of $700,000 to $800,000 in AUV. The latest opened mid-November in Columbus, Ohio, with special value priced food bundles available only at Walmart locations

“Charleys’ value doesn't necessarily come from low price points,” Hoback says. “It comes from the quantity and quality of food you get for the price, and so we don't need a high-income base for it. So we think that matchup works pretty well. We'll see how that goes. There's lots of opportunity there.”

In 2019, Charleys knocked on the door of the QSR 50 ranking of the top-grossing quick-serves in America. The brand was 62nd at domestic systemwide sales (in millions) of $445. Charleys boasted average-unit volumes of $854,000, with a system of 492 franchises and 57 corporate units. The 549 total restaurant count was a 17-store gain from the prior year 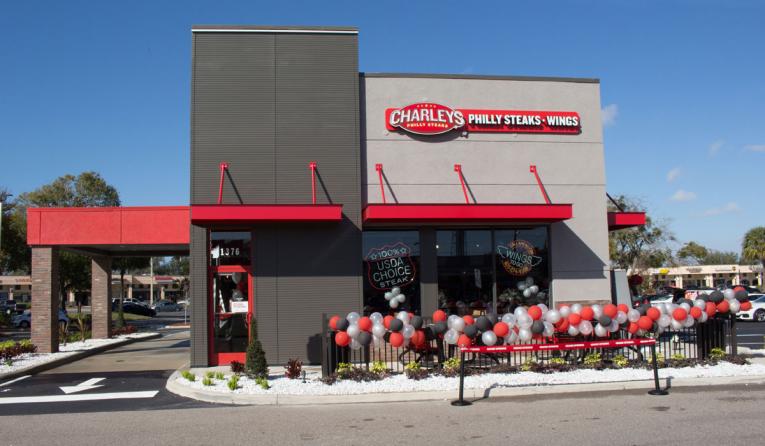 Charley's added a wings menu that boosts the dinner daypart, as well as sales outside the four walls. 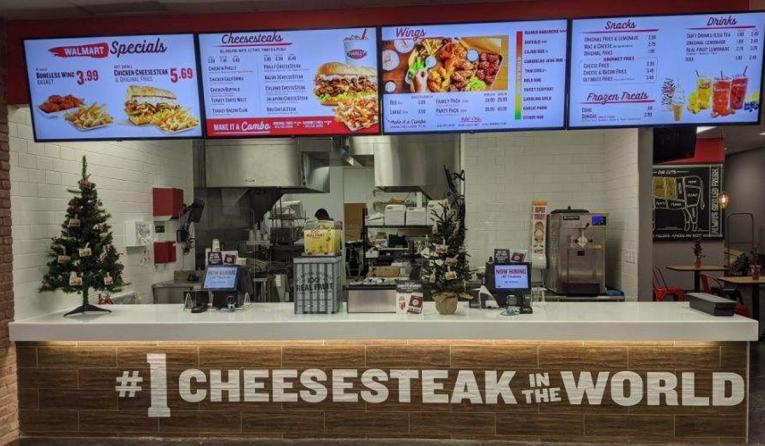 Charleys plans to grow within Walmarts.

GOSH’s march toward Philly cheesesteak dominance will also be aided by Lennys, a brand acquired about a year ago. Hoback says at the time of purchase, Lennys was a broken restaurant with a dwindling footprint. It faced declining sales and a lack of enthusiasm from franchisees, which make up nearly the entire system. But now, Hoback says Elias Moaikel, president of Lennys, has placed the proper systems and processes in place and refined franchise execution.

Hoback notes 78-unit Lennys shares some commonality with Charleys in terms of the cheesesteak identity, but it’s also more of a traditional sub shop with a full line of deli sandwiches. GOSH, which executed meticulous research with Lennys, as well, plans to leverage the high brand awareness in core markets with 10 new stores in 2021.

“We'll see beyond that regional expansion what kind of capability it has, but we plan on really just focusing on its existing markets, primarily in the Tennessee, Southeast markets, then see where it can go from there,” Hoback says. “Originally, I think the thought was can it be converted to Charleys, but I think as we've gotten into it, there's a lot of enthusiasm amongst the franchisee base. Now they're making more money. Sales are up. That's always a good thing.”

GOSH’s most differentiated brand, BIBIBOP expects to add 15 stores to its 43-unit total. To support that growth, the healthy fast-casual is attracting talent through a path to ownership program for general managers who achieve operational excellence.

Hoback says the initiative was borne from the fact that BIBIBOP has impressive unit economics that allow the chain to attract the best and brightest. He adds that the program gives general managers the opportunity to have an owner’s mentality and share in the cash flow of the restaurant. The first two were promoted in November and more are to come in 2021.

“It’s apparently a demanding process that they go through in terms of proven results, but also an interview process on their approach to people, profit in operations, and guest service,” Hoback says. “… In the restaurant business, the GM is the primary leader, and we want to be able to have proven operators that have proven themselves within the BIBIOP system.”

With COVID cases on the rise, Hoback says there is concern when it comes to malls, which have been on the decline well before the pandemic started in March. However, he notes that each brand has experienced the same jolt that other quick-service restaurants have benefitted from in recent months. If stores are required to shift back to off-premises only, they are prepared to do so.

As Hoback describes it, the pipeline is “pretty well teed up” and real estate is becoming more accessible and affordable. He explains that growth will come down to three things—the position, uniqueness, and differentiation of the brand, the strength of the unit economic model, and the support systems and infrastructure offered to franchisees.

He says that GOSH is optimistic about each of those targets because of how Charleys, Lennys, and BIBIBOP are performing. There are no plans to hunker down this winter.

“We think the positions of the brands are dead on,” Hoback says. “We’ve got really strong unit economics, and we're starting to fill the pipeline. We've actually been hiring a lot of key people in our infrastructure to get ready for the growth.”