The Crack Shack Wants to Command the Better Chicken Category

With Savory taking a controlling investment, the brand hopes to grow 6x to 8x in the next five years.

The Crack Shack owes its quirky name to humble beginnings.

The concept, created by Michael Rosen, started in a shack behind Juniper and Ivy, a fine-dining restaurant he founded.

Rosen, set with a high-quality gourmet chicken menu, kicked it off just to see what would happen. He expected a few thousand dollars per day and instead formed a concept rocket ship—behemoth sales and impressive store-level economics.

Since starting in that shack in San Diego, the company has opened five more locations, including one on the Las Vegas Strip.

Savory, a Mercato Partners Fund, recognized the potential immediately. It launched an inaugural $90 million fund in June with the goal of fueling growth and injecting capital into up-and-coming brands, and Managing Director Andrew Smith says The Crack Shack fits the bill.

On Tuesday, the fund announced a controlling investment in The Crack Shack, with a goal of expanding the restaurant by 35 to 50 units in the next four to five years.

Smith views the concept as a better chicken category leader, separate from those in the fast-food sector. The menu features fried chicken, sandwiches, bowls, and sides like chicken oysters and Mexican poutine.

"When you think of better chicken, what is better chicken?” Smith says. “Well, there’s a lot of fast food, a lot of [quick-service restaurant] concepts that are absolutely killing it. We can’t say anything but positive about Chick-fil-A, Raising Cane’s, and others, but their segment really is in the fast-food arena at that price point. Less experiential than it is unbelievable speed and service.”

“Crack Shack is different,” he continues. “The differentiator is that it’s heavily weighing on bone-in chicken. Which the difference is, everything said the way to go is to go into tenders and sandwiches, but we’re bone-in chicken. That’s the primary core product that we sell.”

Smith notes that Savory has a proven track record. The fund currently has three brands in its portfolio—Mo’Bettahs, R&R BBQ, and Swig—which are up more than 21 percent in sales amid the pandemic.

The plan is to do the same with The Crack Shack by placing it in secondary and tertiary markets in states like Utah, Arizona, and Idaho where areas are less affected by the pandemic and people are still eager to dine out and enjoy a sit-down atmosphere. The strategy plays into the brand’s greatest strength. 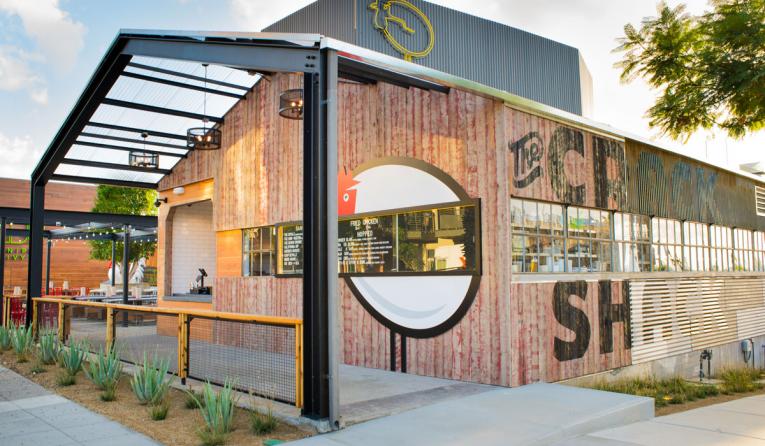 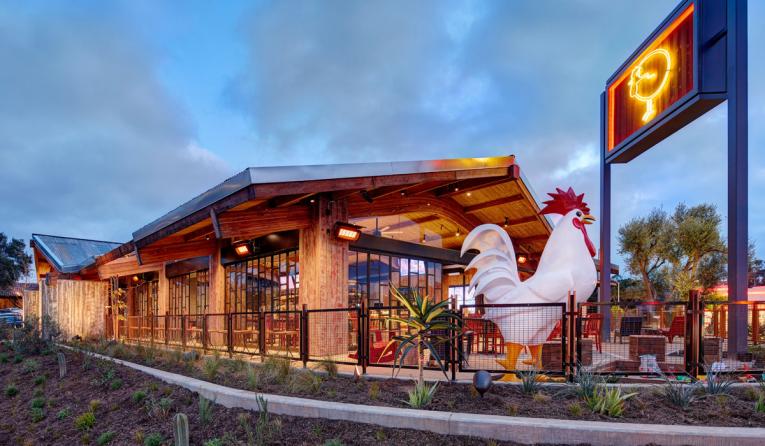 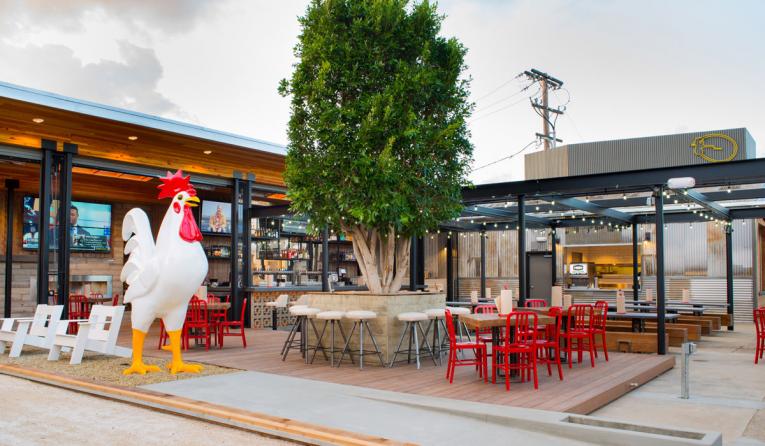 Savory is confident that people will return to their regular behavior, and they’re willing to bet The Crack Shack’s future on that.

Smith says that at the peak of the pandemic, landowners and developers didn’t quite know how to price. But six months into COVID, people are wanting to strike deals.

As he puts it, A+ real estate is still A+ real estate in the mind of landlords, and they aren’t decreasing their prices. Smith explains that landlords are going to be patient and wait for the market to swing back up; they won’t enter a 10- to 15-year lease with someone at a reduced price.

However, Smith says he has seen price pressure and fluctuation with raw land and dark boxes.

“We know that the industry is going to be cluttered with some dark boxes. Unfortunately, there’s going to be a lot of restaurants that aren’t going to make it through this, and haven’t already, and there’s still probably a lot more to come,” Smith says. “And with those dark boxes, a lot of the landlords that have good real estate, they don’t want a dark box, so we’re seeing pressure on real estate costs of 15 to 25 percent. But it’s not what people think. It’s not half price, it’s not free—it’s nothing like that. It’s still expensive, but we’re definitely seeing the pressure downward, which is good for us.”

When it comes to store design, Smith says his team doesn’t want to lean too far into digital or lean too far into sit-down—they’d prefer a happy medium. The Crack Shack’s initial boxes were around 6,000 to 6,500 square feet, and Smith says there will be smaller ones with less dine-in capacity, but there’ll also be bigger stores than what people would expect.

At their core, human beings are social creatures, the managing partner explains. Savory is confident that people will return to their regular behavior, and they’re willing to bet The Crack Shack’s future on that. Smith says he knows the environment will be different, but he still believes customers will want the experience as opposed to eating out of a to-go box on a park bench.

“Now I understand that the pandemic is upon us so there’s different views on if that’s safe or not right now,” Smith says. “But when that starts to dissipate—it dissipated on past pandemics and past recessions. A year later, a year and a half later, people get back to their way of life because we like what we like.”

Smith says the better chicken category is just like the better burger category—people want it, people see the difference, and they taste the difference. That’s what Savory will target, to the point in which The Crack Shack becomes a $100+ million nationwide brand.

If you ask him, a restaurant that quite literally began in a shack is gearing up to become the next breakout success story.

“I think the brand, the cult following, the quality of the food, the difference of the food, the bone-in chicken component, makes it the type of brand that is going to have success in the multiple dozens of units throughout the West, South, Southwest over the next four to five years,” Smith says. “I think beyond that, this brand has the legs to expand across the U.S., probably easier than most brands I’ve looked at.”