Inside the Digital Future of Restaurant Loyalty

Schlotzsky’s Rewards focuses on much more than discounts.

While loyalty programs have been around for decades, their use continues to evolve as the restaurant business grows increasingly digital. Between June 2017 and June 2018, Starbucks added 2 million active members to its Starbucks Rewards program, bringing its total membership to 15 million customers. And Chipotle announced in September that it would pilot a new rewards program in three markets, with plans for a wider rollout in 2019.

Like many programs, Schlotzsky’s Rewards offers more value to those who frequent the chain more often. But it also targets customers differently. For those who haven’t visited in a while, the program might create an offer for a free item like a slider. But that’s not an offer the program would offer to the most loyal guests. Their perks are framed as more exclusive offerings.

“They may get something that no one else would get: a special offer for a discount on Cinnabon,” Roddy says, noting Schlotzsky’s sister brand under the FOCUS umbrella. “Or they might be the first ones to be invited to come try new food. If we’re launching new sliders or tacos, we can invite them and target them more directly.”

But the most loyal customers also behave differently. To them, it’s more important to feel like they’re part of the club. They’re not nearly as discount-driven as less faithful customers. That’s why Schlotzsky’s Rewards focuses on much more than discounts. It distributes company news and updates on new products and events, and the chain is even considering a secret menu for the most loyal diners.

“It’s more about, ‘I’m special, I get to preview products, I’m in the know,’” Roddy says. “I get to see what’s going on in the brand that other people don’t get to see.”

Chipotle’s new rewards program had been in the works for 10 months before it was recently rolled out for testing in Phoenix, Kansas City, and Columbus, Ohio.

“With Chipotle Rewards, we’ll be able to reward customers for the things they’re already doing—whether they order in-store, online, or through our app,” says Laurie Schalow, chief communications officer for Chipotle. “It’s a program our customers have been demanding for a long time, and we’re excited to take this next step in making Chipotle easier to access so our customers can enjoy our craveable food when, where, and how they want it—and be rewarded for it at the same time.” 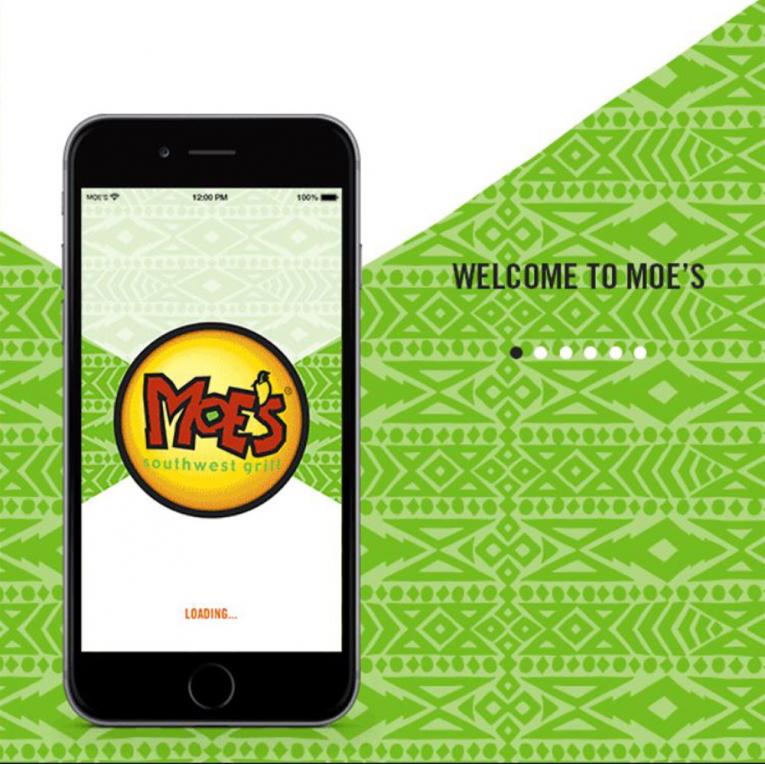 Schalow says Chipotle is committed to transforming into a data-driven organization that touts authentic one-on-one relationships with customers. That’s why Chipotle Rewards includes a strong customer relationship management program, which will allow the company to engage diners through special offers, discounts, and insider access to brand news.

“This rewards program allows us to delight customers on their birthdays, incentivize incremental purchases, and provide rewards for engaging with the brand’s mission to cultivate a better world,” she says. “Customers can participate in bonuses such as double-points days, which will drive new sales and help people get to their rewards faster.”

Schalow adds that the new loyalty program is just one of many recent digital innovations for the burrito company. The recent launch of direct delivery service has led to a spike in digital orders, she says. And a combination of digital pick-up shelves and secondary, tech-enabled production lines has helped Chipotle achieve industry-leading delivery times. The Chipotle Rewards program even incentivizes digital orders; while all orders can earn rewards, the program offers more points for each dollar spent on app and online orders.

In addition to earning points for every dollar spent, the program offers additional points for the most frequent guests, retargets lapsed diners with deals, and offers free chips and guacamole as an introductory gift for new users. Even with monetary benefits, Schalow says, the program is about more than just racking up savings. “Chipotle Rewards is so much more than a value program,” she says.

Operators covet the value of the data collected within robust loyalty programs. At Moe’s Southwest Grill, the loyalty program collects not only purchasing habit data, but also psychographic and demographic data on its loyal customers. Internal data shows that half of all app users are between the ages of 20 and 39 years old. But that’s changing as loyalty apps become more accepted by even the oldest consumers.

“It doesn’t really drop off,” says Moe’s president Bruce Schroder. “Technology is so mainstream that it’s not what you used to think—that it’s only young people who are into this.”

Databases track exactly what items loyal customers purchase and how frequently they buy them. That allows the program to pivot between reinforcing existing purchasing habits and incentivizing loyal fans to try something new—like the brand’s new Three Amigos Tacos line.

Schroder says the brand’s most loyal customers are less fickle than those driven by sales and coupons. Moe’s doesn’t spend much time marketing to that deal-seeking audience because “they’re not loyal other than to the deal,” he says.

Moe’s Rewards has proven successful in transitioning orders to more efficient online platforms. About one in five loyalty orders today are placed digitally, and a growing share of customers are tapping into the loyalty program for their daily purchases.

“We’re pretty proud of the fact that 14 percent of our transactions are done through the loyalty platform,” Schroder says. “That gives you a sense of just how important it is to our business.”

Dunkin' is Reopening Thousands of Dining Rooms
The Restaurant Recovery Kicks Into Gear
Where Does the Restaurant Industry Go from Here?

Thanks to COVID, Digital Potential is Now Limitless for Restaurants
Is the Restaurant Industry Facing a Hiring Crisis?
How COVID Clarified Fast Casual’s Past, Present, and Future

Restaurant Loyalty Programs Find Their Stride During COVID
Are Conveyor Belts Safe to Serve Up Restaurant Food?
Applications for the Restaurant Revitalization Fund to Open Monday