“The last two years of growth for the brand have been exciting and successful," says Mici CEO Elliot Schiffer.

Mici Handcrafted Italian chief executive officer Elliot Schiffer offered a bit of a warning before going on. “That’s the most interesting piece of the restaurant business to me right now,” he says. “So this might be a little long winded.”

One of the things that drew Schiffer, the former SVP of nontraditional development for Smashburger, to the Denver-based brand in 2017 was its split personality. Mici has a classic, old-world Italian vibe, with family recipes that go back generations, presented in a fast-casual setting fueled by modern technology.

That was already the case when Schiffer arrived August of that year. He was named CEO and partner following a Series A financing round that raised an undisclosed amount. Contributions from local investors and national strategic partners in the real estate and restaurant industries set Mici up for further growth. There were four units at the time. A June 10 opening in Parker, Colorado, will expand the footprint to six.

Yet the investment wasn’t all expansion related, at least not upfront. Mici wanted to pour the foundation for sustained, franchise-led development, with technology as the accelerator.

In just the past seven months, Mici ripped out all of its technology, Schiffer says. On January 14, the chain launched a new online ordering system and point-of-sale hardware into restaurants. “A lot of heartache, and a lot of expense to do that,” Schiffer says.

The key, however: It was a lot easier to do this with seven units than 30.

And beyond just preparing for unit growth, it was critical for Mici to get this streamlined at the store level to meet today’s customer. Roughly 60 percent of its take-out and delivery orders are placed online.

Getting the process optimized was critical. “If it’s not easy to order Mici on your phone, we’ve got a problem,” he says. 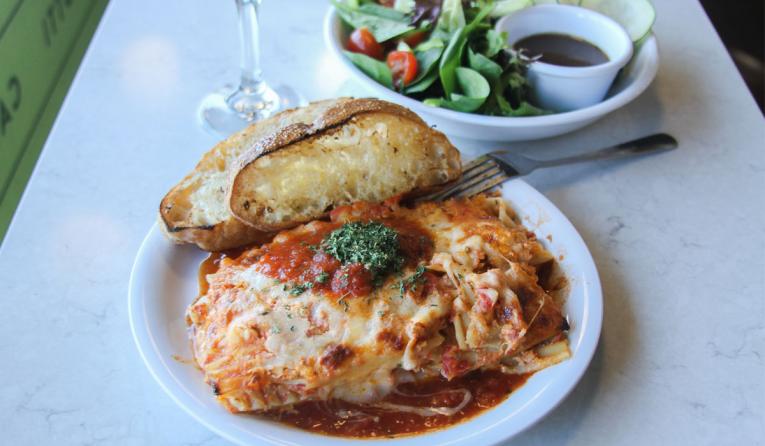 Some of Mici's recipes go back generations.

The other side of the tech overhaul was Mici’s rewards platform. The list is about 15,000 people. In the old days, Mici would send customers an email, offer a coupon code valid for a specific day, and wait for the rush. It was mass marketing at its purest level. Basically the digital equivalent of stuffing a customer’s mailbox with coupons.

Was it effective? Chaotic is probably a better word. There were no limits. So a guest could take the offer, forward it to seven people, and then arrange the carpool.

“If it was a really good offer it would explode, and we’d have some crazy, busy night,” Schiffer says. “It would really hurt operations. Not only those guests but your other guests who were going to come in anyway. They have a pretty bad experience because you’re not designed to handle a spike in volume like that.”

Mici now segments its customer base. Schiffer says the brand isn’t quite in the big data realm—more like “middle data.” It knows when the last time a guest ordered and how they ordered. Mici can send offers “that you actually care about and want,” Schiffer says.

These are single redemption deals. They might expire. Does the customer love pasta? Here’s a free pasta order if you tack on a pizza in the next three weeks.

The strategy of pulsing deals continuously provided traffic stability. Mici gets to engage with loyal users as well as encourage lapsed ones. And unlike those mass-marketed discounts, Mici isn’t losing business from overflow. On one of those mega nights before, while the busy dining room was a positive to some degree, it also left a lot of transactions in the lobby. And those who experienced subpar service or lengthy wait times were unlikely to return unless they received another big coupon. And then the cycle began again.

Mici didn’t want to rely on deep discounting to drive traffic, which also requires constant marketing. The current setup is geared toward repeat visits and core users, not one-day barrages.

Mici’s website encourages logins in hopes of building this base. Domino’s (and others) court the same kind of checkout journey.

“It’s about making it as easy as possible,” Schiffer says. “You can store five credit cards in there. You can look at any order you’ve ever placed and repeat it with two clicks. All of that stuff is important.”

The 60 percent online figure has been pretty consistent for Mici over the past few years. There are some units, Schiffer says, where the phone hardly rings. The tickets just keep printing.

It’s made Mici rethink grand-opening goals. In the Parker unit, for instance, the brand installed an Internet system that also has a cell phone Internet backup that can handle the static IP its POS requires.

“So we’re going through this huge expense and a large, monthly incremental expense to make sure we’re always online,” he says. “Because one night, if you look at it like this: If you lose $2,000 business in a night because your online ordering crashes because of the Internet—that’s an entire year of the service.”

Not to mention if your online ordering fails a new customer, they’ve probably become a lost customer. 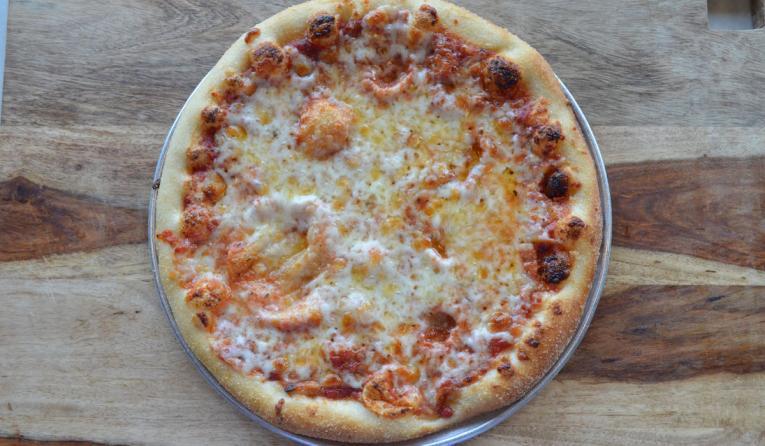 Pizza accounts for 40 percent of total sales at Mici.

On the delivery front, Mici recently tried third-party at a downtown Denver location with limited parking. Sales in that store are up 50 percent, year-over-year.

Across the system, Mici deploys self-delivery with aggregators that offer the capability. So the platform handles the order and Mici delivers it. The new POS integrates with all of Mici’s third-party ordering through Chowly.

The result is a restaurant offering third-party business without an army of tablets in the back.

“I think that’s really destructive for operators and even for guests who you walk in and there’s 10 tablets on the counter and the person who’s supposed to be helping you is trying to plug orders in,” Schiffer says.

Mici’s back-of-the-house employees don’t known where the order came from. They just cook it.

Another labor element, Schiffer says, which many restaurateurs don’t talk about, is the fact the people typically dealing with tablets are tipped employees. “It’s the fury of a tipped employee,” Schiffer jokes.

A restaurant is asking them to enter orders without the same kind of incentive they have to deliver great service (tips). “Even if you compensate them—$1 a ticket or whatever it is—they’re still not going to have the same focus and attention as if there was a guest in front of them and the guest was ordering a meal.”

Mici is coming off a year where same-store sales upped 4.5 percent. Catering growth drove 3 percent of the comp. A location in Lafayette, a suburb of Denver, opened in August 2019 and has grown its weekly sales 17 percent organically since opening.

Schiffer also built out the team, recruiting industry veteran Krista Gibson to Mici’s new installed board of directors. The chief marketing officer at the Women’s Foodservice Forum previously held the same role at Brinker International’s flagship Chili’s. Mici then added Joe Melton, who spent a long career with Outback, as SVP of operations in June 2018.

In addition to the tech and personnel investments, Mici reduced the size of its menu by 15 percent so it could improve expectation and prepare for scalability. The chain said it can now handle 200 guests per hour, even at small locations.

Schiffer says Mici is finalizing all of its apps manuals and materials ahead of franchising. There are parties interested, he says, but Mici wants to make sure it has something solid to offer perspective operators. Mainly, guidelines in place to ensure Mici is easily replicable and guard the vision of its founders, siblings Jeff, Michael, and Kim Miceli.

“You can run five restaurants on intuition and gut,” Schiffer says. It’s when the chain grows the challenge deepens.

For example, Mici realized its pasta sauce was going to be an operational nightmare to scale store by store. The chain makes a soffritto (an Italian mirepoix) and cooks it until the oil runs clear. Mici is moving that process to a production facility where it can monitor the quality and not have to train every cook, at every opening, and hope for the best. It’s the same product. There’s simply no variability. 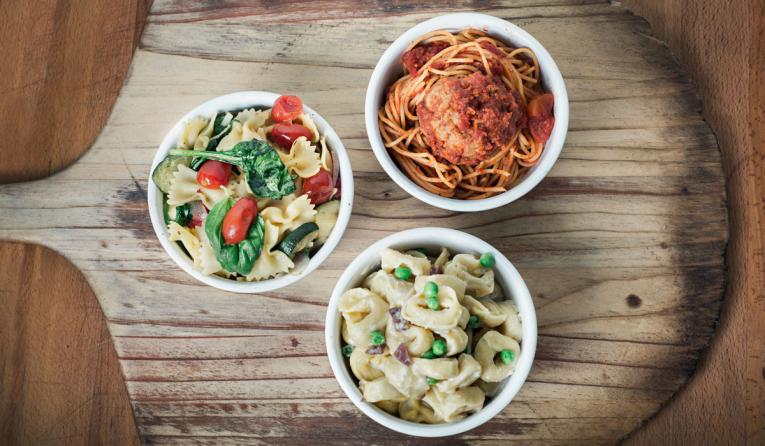 Mici is really just beginning the process of franchising.

Pizza accounts for 40 percent of total sales at Mici. The signature selections outsell make-your-own options 85 percent to 15 percent. The brand follow a process where the dough rests for more than two days in the cooler, where it becomes resilient to cooking.

The result is a thin pizza with an edge diners can hold onto, which results when crust is made by hand, not with a sheeter. How do you ensure that quality? Schiffer says Mici created a plastic die cut ring that trains people how wide to spread the sauce. It might sound elementary but it’s essential, Schiffer says. And it’s a lot more cost-effective than broad training tools that may or may not get watched and absorbed by cooks.

As for who the right partner will be, Schiffer says, it’s about finding franchisees who understand the critical role of operations. “If they’re going to build their first Mici and their plan is to build 15, these are people I know will be in that first restaurant making sure it’s an absolutely success and making sure it’s a great place to train the next group of people who will open up No. 2, and so on.”

Schiffer and Mici are really just beginning the process of franchising. He’s currently scouting real estate for corporate locations seven and nine, but sees the licensed model as the real expansion vehicle.

“The last two years of growth for the brand have been exciting and successful, and we’re looking forward to what is to come,” Schiffer says.