Mountain Mike's is Ready to Climb the Pizza Ranks

The 200-unit chain has plans to become one of the country's top franchises.
Web Exclusives | November 16, 2018 | Danny Klein

Mountain Mike's continues to expand across California, with plans to grow adjacent to its core markets.

Mountain Mike’s has designs to become one of the country’s top 10 pizza players. That would represent a jump of about 10 spots from its current standing at 200 or so units. While that might seem like a colossal leap, the clustered nature of Mountain Mike’s current footprint speaks to some serious runway. And the 40-year-old chain won’t even have to leave its home state to get there.

Roughly two-thirds of California’s massive nearly 40 million population is located south of Bakersfield. Currently, 187 of Mountain Mike’s 196 California restaurants are located between Chico and Bakersfield. “That’s a large stretch but believe me, there’s a lot more of California to go around,” says Chris Britt, who serves alongside Ed St. Geme as co-CEO of Mountain Mike's. Earlier this year, the company announced a development agreement that will expand the brand’s presence in Southern California by more than 40 units over the next seven years.

Britt’s Britt Private Capital, LLC, in partnership with Levine Leichtman Capital Partners, a Los Angeles-based private-equity firm, and Jupiter Holdings LLC, agreed to acquire Mountain Mike’s in April 2017. At the time, there were 168 restaurants. The brand opened its 200th store in downtown Sacramento in early fall and had four planned for a 30-day stint that ended with a Livermore, California, restaurant in October. Britt Private Capital also purchased Juice it Up! in April.

This clear and touchable growth was something that drew the company to Mountain Mike’s. So did Britt and St. Geme’s familiarity with the brand during their college days at Stanford. More than a decade of positive annual system sales growth and franchisee average-unit volumes didn’t hurt, either.

“When we looked at the company we thought boy, there was a lot of upside potential,” Britt says.

When they inherited Mountain Mike’s, it was growing at a steady pace of five to 10 units per year. Last year, the chain opened 18. It’s on pace to slightly surpass 20 in 2018. Britt says they’d like to get to the mid-20s and higher going forward. 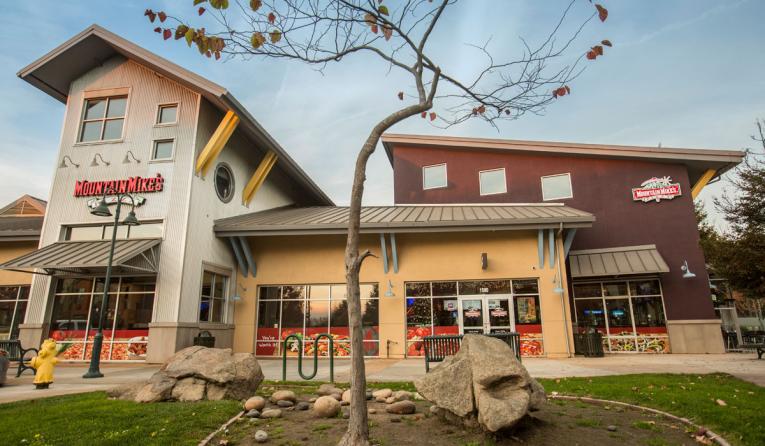 “And we think a lot of that stems from, No. 1, we have a very long term and diverse and successful franchisee base. Many of whom are growing from within the system by adding locations. The majority of our growth is from existing franchises,” he says.

There’s an Oregon franchisee interested in expanding. Utah. Nevada. Arizona has potential, Britt adds. “The question for us is how to do it intelligently and with a high degree of predictability of success. So we’re going to move in as expeditious a fashion as we can, but only when we’re sure we can be successful.”

Mountain Mike’s is a 100 percent franchised system that structures its base with five development agents. Three of them have been with the company for more than 25 years.

They’re all current or former multi-unit franchisees who support Mountain Mike’s corporate team with its franchising development—training, operational support, and everything in between. These development agents own about 20 restaurants. And while those units might not technically be corporate stores per say, Britt says, they rely on those locations to test new ideas and ideate others, including the brand’s recent wings platform.

Each agent serves territories. They develop franchisees, locate real estate, find new sites, provide support, and offer input and operational guidance to operators. “They help facilitate transfers when necessary and appropriate,” Britt says. “Franchise renewals. So they’re very much close partners with the franchisor organization and all those activities.” 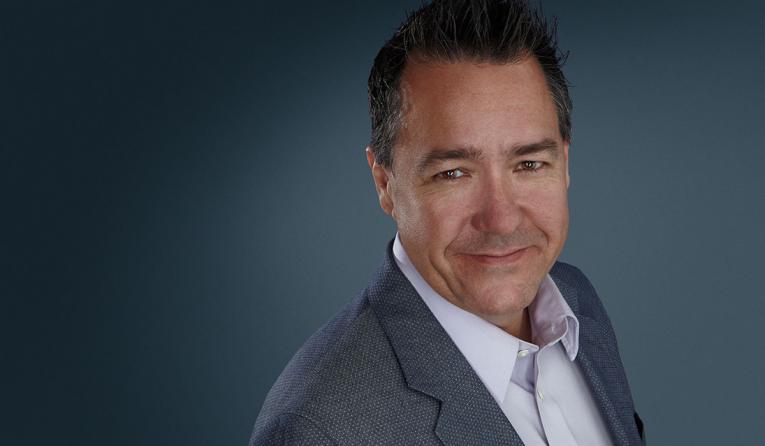 Jim Metevier, who joined Mountain Mike's in September, clocked time as as president of Biscuitville and COO of KFC U.S.

In mid-September, Mountain Mike’s made an executive splash to further bolster its system when it brought on Jim Metevier as president and chief operating officer. Metevier arrived with more than 25 years of restaurant experience, including various positions at YUM! Brands. He was KFC U.S.’s COO and most recently served as president of Biscuitville.

“Me coming in just adds additional process, discipline, some know how,” Metevier says. “Once I get in there and fully understand what’s working and what’s not, how can we improve? What are we doing great and how do we just continue to amplify that?”

As for what led him to Mountain Mike’s, Metevier says it was a romance of a few details. One being the under-represented reality of the chain’s footprint to date, as well as the product, partners, and ownership structure. “They’re focused on growing the brand and doing it the right way. And so all those things resonated with me,” he says.

Mountain Mike’s rolls its dough fresh everyday. It uses 100 percent whole milk real Mozzarella cheese. There's a selection of wine and beer and a salad bar. Britt says the food quality was the foundation he wanted to build the brand on.

“Have you ever tried a Mountain Mike’s pizza? If you had you’d probably want to be a franchisee. Let’s start with that,” he says.

But while the pizza was a standout product, the chicken wings were not. In early September, the company launched a new and improved bone-in platform baked and sauced to order, with a choice of four options from Frank’s RedHot and KC Masterpiece.

In addition to creating a superior product, Britt says, Mountain Mike’s was able to deliver an improved offering at a reduced per unit cost for franchisees so it would be more profitable on the margin as well. 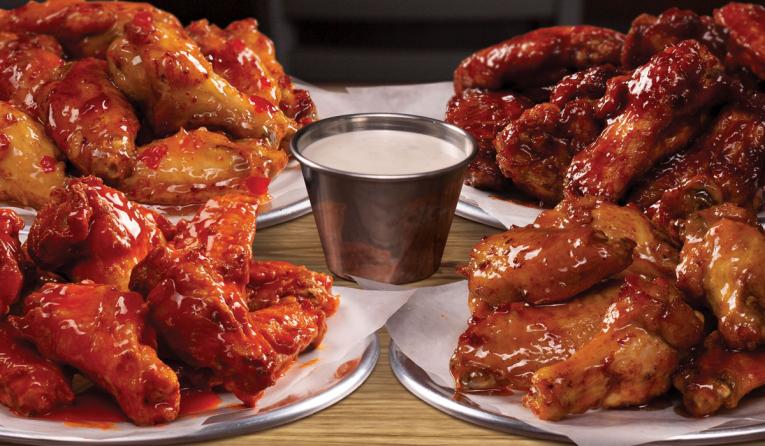 Mountain Mike's improved its wings to take advantage of a natural upsell opportunity.

“What was apparent to us about Mountain Mike’s when you just looked at the numbers is we sell a ton of pizza. And it’s really, really good pizza and everybody has had good results selling pizza,” Britt says. “And that’s the way that this will always be. But at the same time, there are a lot of other opportunities to sell support add-on products that I think provide a lot of upside potential for our franchisees. So we’ve tried to look at those areas where we have opportunity.”

Another area of differentiation, Britt says, is Mountain Mike’s focus on the dine-in, community-driven experience. The locations have arcade games, party rooms, and big screen TVs throughout to cater to events as well as families and guests who want to stick around. They handle the majority of delivery orders in house. Operators can opt in on third-party delivery with GrubHub and the company does have enterprise deals with other aggregators.

Yet the real chance lies in the classic model, Britt says. Mountain Mike’s does a strong lunch business with an all-you-can-eat buffet. “If everyone else is going away from dine-in, we’re going to continue to offer it. You can’t host a Little League, you can’t host a charity event, a fundraiser event, by having pizzas delivery to Ed’s house, for instance,” he says. “In our case, we welcome, we encourage, we are actively promoting and continue to promote Mountain Mike’s as a gathering place.”