A focus on drive-thru, delivery has led to 5 percent growth.

Since a sales low point of negative 45 percent, the brand has seen weekly sales increases.

Pre-COVID, Roy Rogers had its eyes set on relaunching growth.

The nearly 50-unit legacy chain, which once spread as wide as 650 locations in the late 1980s, spent the past year and a half appointing industry veterans, launching DoorDash, introducing a new store design, updating technology, and enhancing menu items. The main goal in 2020 was to sign two to three multi-unit development agreements targeting the Mid-Atlantic.

Then the pandemic swept across the U.S. in mid-March. Like the rest of the restaurant industry, Roy Rogers was forced to swiftly change course and redirect resources to manage through the crisis.

The company was down as much as 45 percent and one location permanently closed. But Biser says the foundational work completed by his team in the past 18 months proved critical, particularly improving speed of service and rolling out delivery. Drive-thru went from mixing 48 percent to 75 percent and delivery increased from 3 percent to as high as 16 percent.

The company’s app relaunched with a new design in March, including the integration of delivery and pickup. Curbside, which is being tested, will be added soon.

Roy Rogers temporarily cut 10 menu items and shut down its Fixin’s Bar, changing to cups. Side items were reduced from nine to seven and premium salads and some desserts were removed because they weren’t effective in the drive-thru. The company eventually decided to permanently delete seven of the 10 items.

Efficiency became key as the average drive-thru cars per hour during peak periods increased from 35 to 40 pre-pandemic to around 60 amid the crisis.

“One of the blessings of this time period is with so many of the full-service and the fast-casual brands limited in their offerings and us having the drive-thru, we’ve been exposed to a lot of new customers,” Biser says. “Our drive-thru business has dramatically increased, and customers are definitely looking for safety as a top priority, but they still care about quality, convenience, and speed. Those are key things that still drive our consumer base. With these new customers that we’ve got, we’ve received great feedback on our product quality, on our service, but it’s also forced us to really work harder at the drive-thru side of things.”

Since the low point of 45 percent, the brand has seen weekly sales increases. Roy Rogers recently reached 5 percent same-store sales growth as it reopened more dining rooms across the system. While dinner and breakfast dayparts are still down, lunch has skyrocketed.

Some results even surprised Biser. For example, heading into the reopening of dining rooms, West Virginia units were up 30 percent year-over-year. Biser anticipated sales decreasing because of full-service restaurants coming back online, but instead, sales jumped to 50 percent growth. In addition, stores in New Jersey—a state with one of the highest COVID-19 caseloads—have been the highest performing locations. 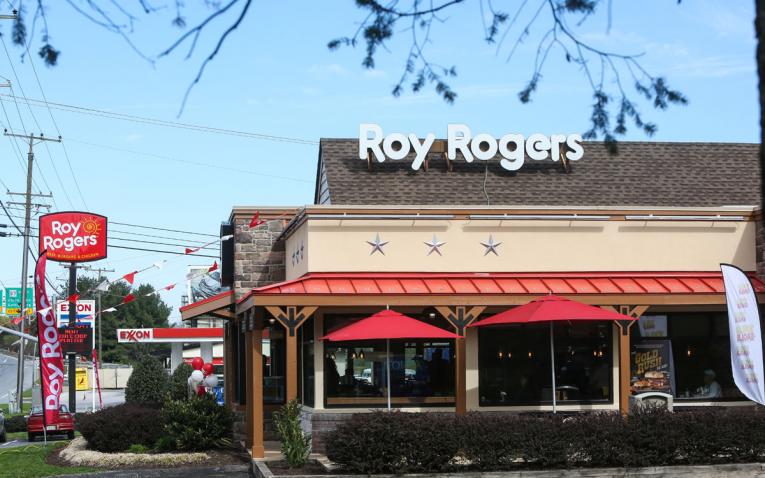 “I’m really interested to see, once each of these markets reopen, what’s going to happen with consumer behavior,” Biser says. “Because at 50 percent capacity, arguably you still have a lot of occasions that are out there that are going through the drive-thru. … Each market is different in how they’re perceiving whether or not they can safely go out and dine-in somewhere.”

Although it’s been delayed, the brand is still investing in its future. Two new stores are currently in the permitting stage and are on schedule to open by mid-July. Two store remodels were finished in early June and another is expected to occur in August.

“I think it’s a different approach at this point,” Biser says. “Our previous plan was to really be highly targeted on multi-unit operators that already had existing brands that would be complementary to ours. That’s still going to be our approach. I think many people though have had to rethink what their business plans are with this pandemic and crisis. Many of those operators that we might have targeted before, they had full-service or fast-casual type businesses. Their businesses are coming back much slower than [quick-service restaurants]. I’m anticipating things will be pretty slow from a recruiting standpoint, but that’s going to give us a chance too to take care of some other things like getting more of our marketing materials put together and updating some of our technology systems even more.”

Staffing was a strength during the crisis. The company had to lay off employees at the permanently closed unit, but overall, the brand is employing more workers than it did before the virus hit. Special programs are in place to reward team members, including additional bonuses, enhanced benefits, and a meal policy that ensures one free meal per day.

The supply chain, however, became an issue as plants closed across the country. Biser says the team frequently had to deal with manufacturing issues and put contingency products in place.

Roy Rogers is one of a few brands that sells USDA prime top round beef, but it became unavailable in May. So the brand worked to get a substitute; it was the same product, just a different cut. Costs doubled and so did preparation time.

“You’re not able to increase your price enough to cover that,” Biser says. “We had to make a decision. Roast beef is critical to who we are as a brand, so we went with more expensive product to ensure we didn’t lose supply. We’re working through that situation where we anticipate that problem being solved through the manufacturers probably at the end of June.”

Throughout the pandemic, Biser says Roy Rogers has been dedicated to protecting the health and safety of its guests and workers. Employees are required to wear masks and gloves, protective barriers are in front of POS systems, and the interior and exterior is checked and wiped down several times.

The first step in bringing customers back is showing how the company is investing in a safe environment—that’s the key to establishing trust, Biser notes.