At first glance, Earl of Sandwich is a convenient, no-frills sandwich quick serve. A little digging, though, brings forward the chain’s iconic history. The brand was co-founded by the 11th Earl of Sandwich, John Montagu, a descendent of the man who invented the bread-and-meat meal more than 250 years ago.

It’s been 15 years since Montagu teamed up with his son Orlando Montagu and Planet Hollywood’s Robert Earl to create the now-nationwide chain. The brand has stayed true to itself, continuing to serve up simple sandwiches hot and fast and look for passionate franchisees. QSR spoke with Robert Earl about the last 15 years of Earl of Sandwich, franchising and growth plans moving forward, and, of course, the brand’s storied origins.

How did you connect with the 11th Earl of Sandwich, who would eventually help you found the brand?

It’s a funny story. Several years ago, I started getting notes from the English House of Lords saying funny things like “We’re both earls,” and “My son's name is Orlando and you live in Orlando.” I think I tore all the notes up, but I should've kept them because they're historic now. The author of the notes—John Montagu, the eleventh Earl of Sandwich—was interested in talking to me because I was in the business of taking IP, or intellectual property brands, and transforming them into food concepts.

Ultimately, I went to meet Montagu and his son, the Honorable Orlando Montagu, in the United Kingdom and I had tea with them at the House of Lords and I loved them. They are the descendents of the fourth Earl of Sandwich, who invented the sandwich centuries ago.

What’s the story of the current Earl of Sandwich’s connection to the first sandwich?

Everyone in the Earl of Sandwich family line has a title that was bestowed upon them centuries ago, almost like something in Game of Thrones. The Royal Family asked them to look after a geographical area, a naval port town called Sandwich. So the Earl of Sandwich was the head of the British navy.

The fourth Earl of Sandwich—the current earl’s ancestor—created the sandwich. He was fighting against the French there was no time to feed the troops and he said, “Just get two pieces of bread and put some boiled beef in the middle.” They called that the sandwich and, of course, they’ve kept that name throughout the generations and no one else can use it. That appealed to me greatly. 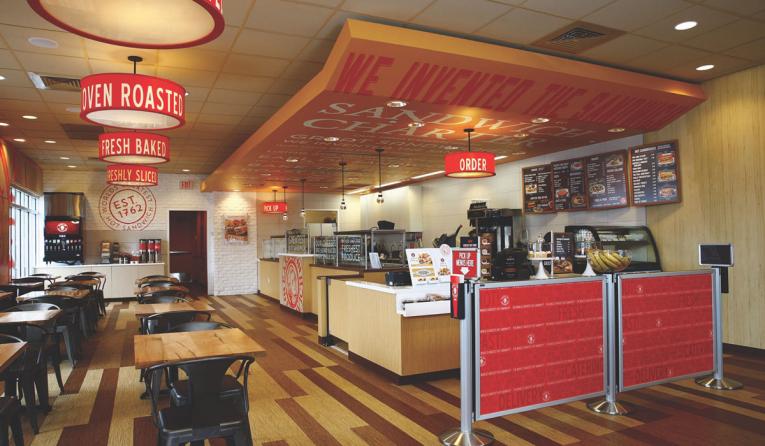 Earl of Sandwich has grown to more than 30 locations.

I’ve heard before that the sandwich was invented by the fourth Earl of Sandwich while playing a poker game. Is that story false?

That story is also true. And I asked the family the same thing. Their ancestor was a terrible gambler, he never got up from the cards even to go for a leak. Both of the stories are documented, but the family prefers the first one, and I can see why.

What was the initial vision when you and the family were working on creating Earl of Sandwich?

At the beginning of the concept, we decided to do something different. We decided to do a hot toasted sandwich that was designed for real speed that could be made at a very high volume. It's become a franchisee model now. We’ve got a huge amount of franchises that have been sold and are in the process of gathering more.

What sets the Earl of Sandwich product apart from sandwiches from other brands?

It's about the speed, it’s about how long the sandwiches stay hot, and it’s about the price point. I just feel that we know what a guest wants.

We came up with our own recipe for the bread. We use a company in Chicago to bake and then we finish it off in the right spot in-house. And the fillings are delicious, too.

Now that Earl of Sandwich has over 30 units, what is your approach to opening a new store? Where does the brand work best?

We do very well with turnpikes. We're on the Maryland Turnpike, we're in a bunch of different airports and we do well in these spots because our food is a perfect comfort food. It's a substantial meal, and it stays warm for a long time. We've gone for that whole perception of price and value and we've standardized the concept to a point where the franchisee can replicate it without too much trouble.

What do you look for in franchisees for the brand?

With some of my other brands, it’s talking to regional franchisees; for instance, someone who wants to take the state of Tennessee. But we’re going for smaller franchisees with this brand. We take a lot of people that just do one or two units. The idea is for them to be able to be in business for themselves.

So we're looking for people who we feel are going put their heart into it. We just follow our standard process and it gives them a chance to have their own store. The brand is fairly easy to run and we've made it a relatively foolproof concept. 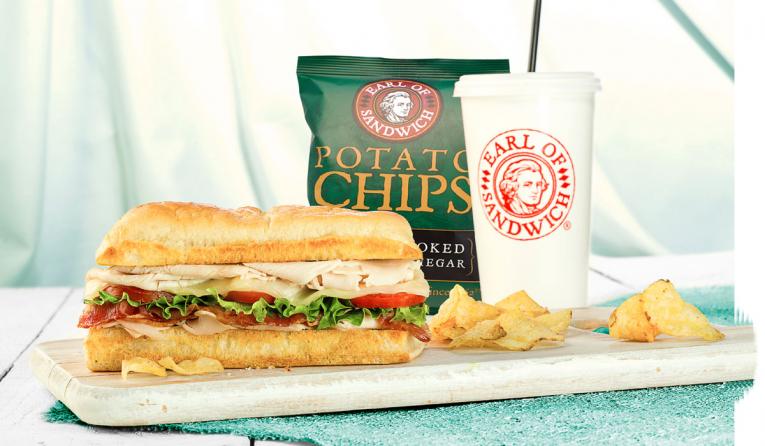 When it comes to advertising and social media and PR, it's about catching people's attention.

How do you keep guests interested and draw new guests to a brand that’s fairly simple, and that has been around for 15 years?

I think that everything is all about how you get the guest to trial. And when they try something, it just has to be great quality. That's a given. And then, obviously, the higher rent you pay, the better location you get with the most traffic in front of your door.

When it comes to advertising and social media and PR, it's about catching people's attention. We do very well to hold loyal guests and gain new guests for our brand once we've gotten that trial run from them. Our approach is all about getting them to try a sandwich.

The business is based in the U.S., and the Earl of Sandwich family is in the U.K. Does the family make it over the Atlantic to visit the brand often?

Oh, they visit every unit. They're very active and we speak all the time. The Earl’s second son is also very active in running the business.

What’s your favorite sandwich on the menu?

I love The Original. It’s a classic sandwich with roast beef, cheese, and horseradish. It's highly decadent, heavy in calorie count, and really filling.

What does the future look like for Earl of Sandwich? What is your growth strategy?

The growth plan for Earl of Sandwich is to continue our strategy of franchising selectively around the world and finding very high-traffic, company-owned stores.