The growing chain is dropping donuts from its branding in an effort to reflect a beverage-led transformation.
Fast Food | September 2018 | Danny Klein

Dunkin’ is now on a first-name basis with America. Truth be told, that’s been the case for quite some time, chief marketing officer Tony Weisman said during a special Tuesday afternoon conference call.

It was simply time to make it official.

In what Weisman called a significant milestone for the brand, Dunkin’ officially dropped the Donuts from its title, the company announced September 25. The new branding will be reflected on logos, packaging, advertising, online, and on new and remodeled units starting January 1. The signage flip will occur as stores are remodeled, and Dunkin’ doesn’t expect the branding change to incur any incremental costs beyond the way Dunkin’ ordinarily runs its business.

“For almost two years we’ve been focused on evolving Dunkin’ into the premier beverage-led on-the-go brand, and have been implementing what we call our ‘Blueprint for Growth,’” he said. “Under this blueprint we are modernizing all elements of the guest experience at Dunkin’. We are turning out world-class menu innovation, focusing on improving our restaurant excellence, and providing unparalleled convenience and access to our brand with better digital platforms, store expansion, and more Dunkin’ branded consumer packaged goods.”

Dunkin’ tested the branding over the past year at some locations in its home base of Massachusetts and at newer stores nationwide. The results, Weisman said, left Dunkin’ feeling free and clear when it comes to the risk of consumer kickback, he said. Namely, Dunkin’ realized that guests already see the brand as just Dunkin’, although there’s nothing wrong with its donut sales. Dunkin’ is currently splitting beverage and food about 60/40, Hoffmann said, selling some 3 billion donuts a year.

“We tested this extensively with consumers in some of our core markets where we’ve been around for a very long time, as well as some of our newer markets, and the reaction was overwhelmingly positive,” Weisman said. “And consumers felt that it felt like the brand they knew and loved. In addition, anecdotally, we have had this branding on some of our newer next-generation stores and consumers will come in and tell the crew or franchisee that it just looks right.”

Hoffmann and Weisman both pointed to the “America Runs on Dunkin’” tagline as a turning point in consumer recognition. The campaign launched April 2006 and has been a part of the national conversation for a decade plus, Weisman said. “I think in so many ways, particularly where you might expect, quote backlash, people just feel like, well, that is Dunkin’ to me, and it feels very right. It feels like the brand I know and love,” he said.

David Gaglione, founding Partner of PS212, a brand naming agency based in New York City, said the change aligns with the success of a number brands that have recently done this (Apple Computers to Apple; Verizon Wireless to Verizon, for example).

"Like many brands, Dunkin’ Donuts has evolved," he said in an email. "For a long time now, Dunkin’ has offered much more than just donuts, so logically, the name change makes sense. But what the name Dunkin' Donuts has that Dunkin' alone doesn't is a whimsical nature, a playfulness. That fun and friendliness is core to their brand supported, in part, by the Dunkin’ Donuts name." 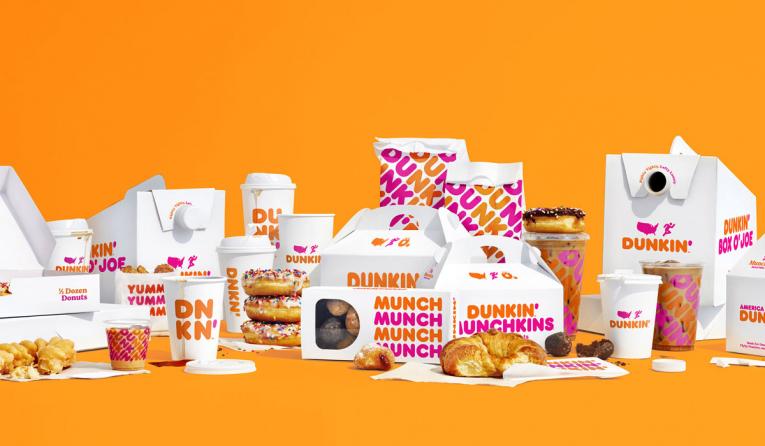 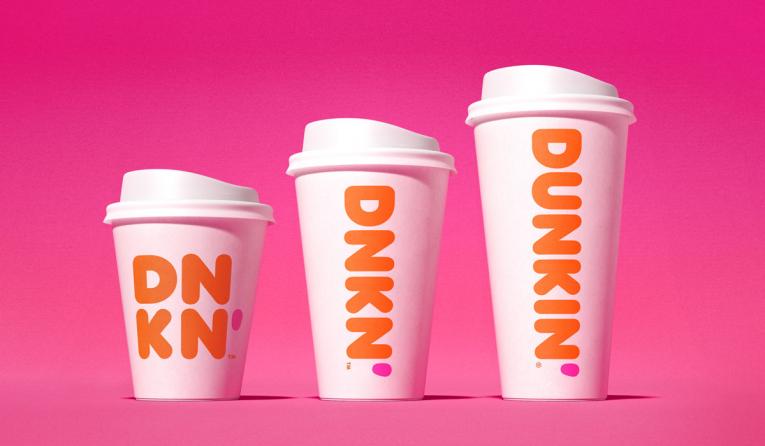 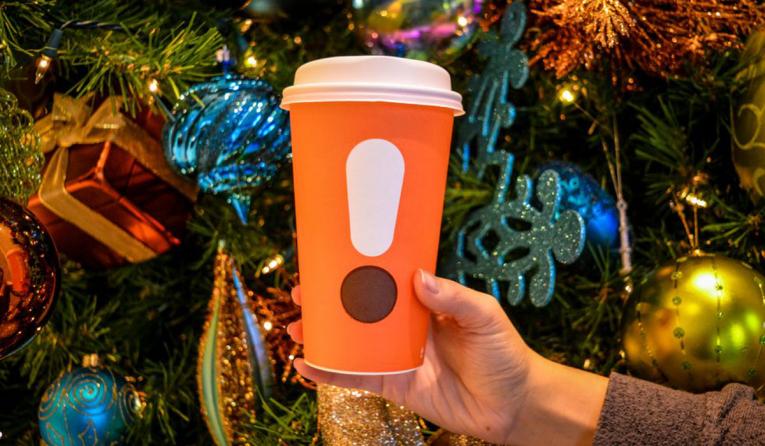 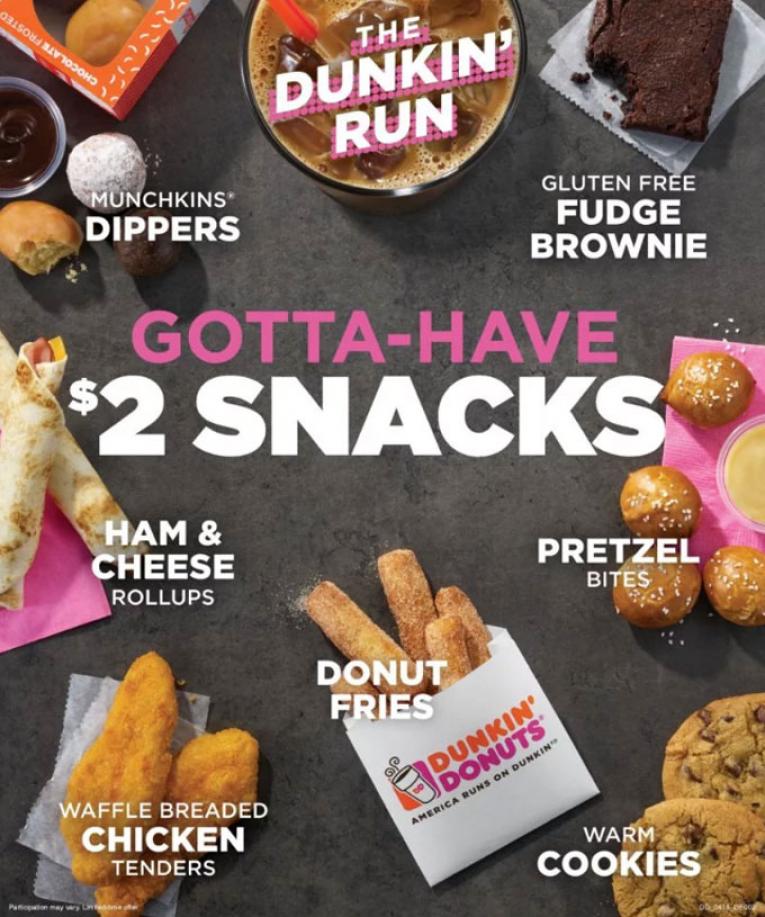 The branding was developed in partnership with new creative and branding agencies Jones Knowles Ritchie, BBDO New York, and Arc Worldwide. It’s a key element, Hoffmann said, of Dunkin’s ambitious future goals, outlined in the aforementioned “Blueprint for Growth.” The most vivid direction of this plan is the addition of 1,000 net new stores in the next three years—90 percent of which will be located outside of Dunkin’s core markets. Part of that includes Dunkin’s next-generation design concept. Dunkin’ expects to have 50 of these opened, between new builds and remodels, by year’s end. The design makes mobile order and pickup more visible and easier to understand. Some also feature a drive-thru lane dedicated to mobile orders. Other core components include a front-facing bakery, a tap system for beverages, and a new beverage line in the back.

With the majority of next year’s development looking at NextGen, Dunkin’ will be able to seamlessly bring this new branding to the forefront. The updated units currently open already showcase the change. Weisman said the NextGen stores sell more donuts, not less, proving that the front-facing bakery is a far more attractive selling point than just the name.

Hoffman added the rebranding is part of letting guests know that Dunkin’ is evolving. And that’s a point that touches several key areas of its model.

“All of these initiatives have to produce customer noticeable change in order to fully maximize business results,” he said. “A signal to the world that it’s a new day at Dunkin’ in more ways than one. Our new branding is a clear signal that there is something new at Dunkin’. It says that we are a dynamic, on-the-go brand but still pays homage to our great heritage. The simplicity of our new branding creates energy. It also speaks to the breadth of our product offerings. We’re all about great coffee and beverages, but we’re also about donuts and baked goods and breakfast sandwiches, all delivered at the speed of Dunkin.’”

In July, chief financial officer Katherine Jaspon said Dunkin’ expected to spend $100 million across three areas— equipment to support its on-the-go beverage-led strategy (65 percent of the investment); technology infrastructure to support its digital leadership (30 percent, with the majority expected to capitalize and appreciate over the life of the asset and to Dunkin’s service agreement); and lastly, 5 percent of the total investment for G&A to support the testing, training, and rollout of these initiatives.

"By simplifying and modernizing our name we have an opportunity to create an incredible new energy for Dunkin’, both inside and outside our stores." — Tony Weisman, Dunkin' chief marketing officer.

This includes the new store and advertising. It also pushes a go-forward marketing strategy that focuses on platforms rather than limited-time offers, and value that leverages a high-low pricing strategy. The company’s first national value platform—Dunkin’ Go2s, and its recent Dunkin’ Run $2 snacking menu—are examples of its acceleration into all-day territory.

The beverage focus is sensible for Dunkin’ on several fronts. This past quarter, more than 75 percent of breakfast sandwich transactions included a beverage. Hoffmann said the vast majority of that 60/40 share was credited to coffee, showing the growth potential in other products, like tea. Dunkin’ cut back its menu 10 percent this past year to simplify that side of the operation, removing complex lower velocity products in an effort to create a better work environment for employees and to speed up the other services. It also knocked down cost of goods sold 100 basis points and helped with labor savings.

Consumers responded by noticing improvements in speed and accuracy, Dunkin’ said. It resulted in seconds improvement in drive-thru times, as well as the front counter. Notably, though, it unlocked Dunkin’s ability to successfully innovate around new menu platforms, like the Go2s. “Our point of differentiation, this idea of great coffee fast, this is what we are really focused on,” Hoffmann said.

“We’ve always been and always will be a brand for on-the-go people who depend on us to keep running,” Weisman said.

“By simplifying and modernizing our name we have an opportunity to create an incredible new energy for Dunkin’, both inside and outside our stores,” he added.