Dunkin' Sprints Into the Future

It seemed like an April Fools’ joke. Only it wasn’t—just a headline-grabbing jolt of marketing genius.

In the lead-up to April’s Boston Marathon, one of the globe’s most treasured sporting events, Dunkin’ Donuts teamed with running footwear and apparel company Saucony to release a limited-edition Dunkin’ Donuts–branded running shoe.

Featuring Dunkin’s characteristic orange and pink hues, the Saucony x Dunkin’ Kinvara 9 included the vibrant image of a strawberry-frosted doughnut with orange, magenta, and chocolate-colored sprinkles; pictures of Dunkin’ beverages on the insoles; and the quick-service concept’s “America runs on Dunkin’” tagline printed vertically down the heel.

A viral hit, the shoe quickly sold out while generating abundant attention on social media, running forums, and tastemaker blogs and publications.

While a collaboration between a running shoe brand and a doughnut-peddling conglomerate wouldn’t seem the most natural of partnerships, Dunkin’ Donuts knows plenty about forward momentum.

Last year, the company added 280 units to its system, raising its total store count to 12,538 and propelling system-wide sales to nearly $9.2 billion. Those rising gains compel Dunkin’ Donuts chief marketing officer Tony Weisman to use but one word when describing the state of the Dunkin’ Donuts enterprise: “Energetic.”

“There’s never been a better time to be part of the Dunkin’ Donuts brand, and we’re excited about our brand’s future,” Weisman says.

There’s certainly reason for optimism and enthusiasm to reign at Dunkin’s corporate office on the outskirts of Boston. Though admittedly facing challenges in a hyper-competitive environment, Dunkin’ has positioned itself well for the years ahead with a slew of innovative products, accelerating digital initiatives, and a dynamic new restaurant prototype designed around convenience and marketplace relevance.

“Dunkin’ has a lot in its pipeline that sets the stage for improvement on the same-store sales and traffic fronts,” says Morningstar senior restaurant analyst R.J. Hottovy.

Today’s Dunkin’ Donuts menu reflects its rejuvenated, uber-focused mindset on the contemporary consumer and system-wide success. Over the last year, Dunkin’ has worked to simplify its menu, ridding stores of slow-moving, complex, and off-strategy items and slimming its menu by about 10 percent.

“As they were searching for answers to drive growth [in past years], they expanded their menu out and made it more difficult than it needed to be,” BMO Capital Markets analyst Andrew Strelzik says of Dunkin’.

Though Dunkin’ executives cited the menu simplification efforts as the reason for a recent slide in transactions and sales, it was largely considered short-term pain for long-term gain. Now active in all of its U.S. restaurants, Dunkin’s simplified menu has spurred labor savings and allowed staff added opportunity to focus on the guest experience.

“We’re pleased with the results to date,” Weisman says. “In addition to faster, more accurate service and a more consistent consumer experience from store to store, menu simplification allows us to make room for future menu innovations.”

And innovate Dunkin’ will. In recent months, the chain has unveiled clever LTOs ranging from last May’s Royal Love Donut celebrating the nuptials of Prince Harry and Meghan Markle to Girl Scout Cookie–flavored beverages, as well as new espresso products and extensions to its premium tea and frozen beverage lineup. 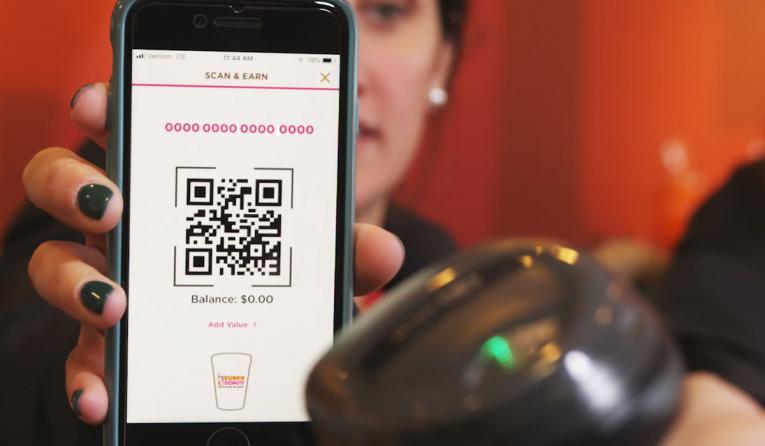 Dunkin's $2 Run Snacking menu was created to pair with the chain's signature beverages. 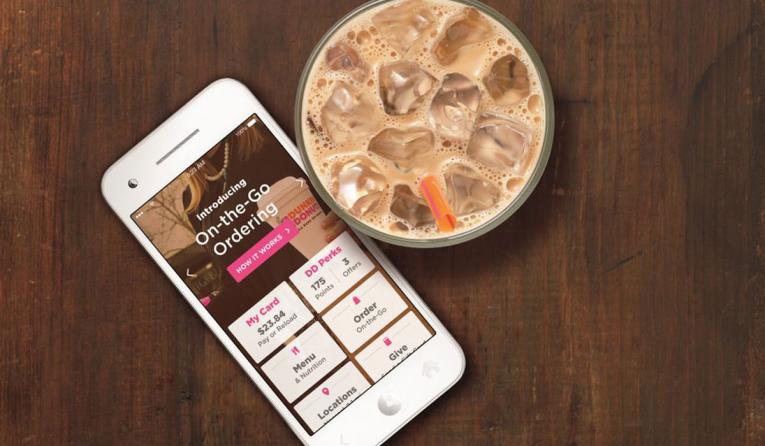 Dunkin’ also tested a $2 snacking menu at select Boston-area stores before launching it nationwide in late July. The options include an eccentric mix of sweet and savory items, such as doughnut fries, Munchkin dippers, gluten-free brownies, and pretzel bites all designed to pair with Dunkin’s signature beverages for an afternoon snack.

“In the snacking category, it’s clear they’re trying to hit on consumer trends and build resonance with a younger customer base,” Strelzik says.

The $2 snack menu test further signified Dunkin’s march toward value plays as well. Earlier this year, the company launched its national value menu built around the $2, $3, and $5 price points. Called Dunkin’ Go2s, the menu includes some of the chain’s most popular breakfast sandwiches, such as a $2 Two Egg & Cheese Wake-up Wrap Sandwich or a pair of Bacon, Egg & Cheese Croissants for $5.

Driven by the success of its breakfast sandwiches, Dunkin’s morning business—its bread and butter for nearly 70 years and representing about 60 percent of the systemwide sales—has surged in recent quarters, strengthening the brand’s presence in a daypart filled with powerhouse players like McDonald’s and Starbucks.

“Dunkin’s a legacy player ripe for encroachment, yet they’re hitting on trends and reinvigorating the brand while leveraging brand equity against core usage occasions to compete effectively,” Strelzik says.

Meanwhile, Dunkin’ continues heeding consumers’ calls for cleaner ingredients, removing artificial dyes from its doughnuts and beginning to eliminate synthetic dyes from its entire food and beverage lineup. The company has also launched a test of a digital catering platform in several key markets, investigated third-party delivery options, and committed itself to growing its consumer packaged goods (cpg) business in an effort to bolster revenue and branding. In the past three years, in fact, Dunkin’s CPG business, which includes ready-to-drink Iced Coffee and Dunkin’ K-Cup pods, has more than doubled, from $400 million in retail sales to $900 million.

That’s all part of the energy Weisman speaks so enthusiastically about.

“Dunkin’ Donuts is a brand that’s always on the move … [and] we’re pleased with the results of many different initiatives we have in motion,” he says.

But company leaders recognize they’re in the early miles of a trying endurance run that will test their resolve.

Setting the stage for future gains

Recognizing that success in the competitive quick-service environment requires steady performance in the present as well as an eye on the future, Dunkin’ executives have continued to explore ways in which they might build on the brand’s well-established heritage while delivering modern and relevant experiences capable of fueling sustainable, long-term growth.

Central to that effort is Dunkin’s DD Perks rewards program. Powered by more than 2 million new enrollees in 2017, the loyalty program is pushing toward 9 million members.

“We see DD Perks as an important part of our brand strategy, especially as we look for ways to further reward our loyal guests and offer them more relevant promotions tailored just for them, as well as in-store conveniences with our On-the-Go Mobile Ordering,” Weisman says.

Indeed, Dunkin’s DD Perks program is uniquely tied to its mobile-ordering platform, which strives to make the brand even more convenient and accessible for guests. With On-the-Go Mobile Ordering, guests can place their order ahead of time and then speed past the line to pick up their order at the store.

“Our On-the-Go Mobile Ordering has a roughly 80 percent retrial rate, showing that the program is clearly resonating with our guests and bringing them value,” Weisman says, adding that Dunkin’ will continue exploring ways to make DD Perks more flexible and attractive to guests.

Hottovy calls the continued success of DD Perks and mobile important to Dunkin’s vitality in the years ahead.

“They’re making headway on the mobile front, and that’s one of the great ways to keep consistent traffic,” Hottovy says.

But with plans of opening as many as 1,000 new stores over the next two years and soon reaching as many as 18,000 U.S. units, it will take even more for Dunkin’ to cement its spot among the quick-service elite.

Enter Dunkin’s NextGen store, the first of which opened in Quincy, Massachusetts, in January. (In one particularly notable turn, the store’s exterior drops the “Donuts” and simply reads “Dunkin’” in a nod to the store’s more diverse, albeit recently slimmed-down menu.)

Located about one mile away from the original Dunkin’ Donuts unit, the 2,200-square-foot store features a drive-thru line exclusively dedicated to mobile orders, a brighter interior design characterized by an open layout and natural light, espresso machines, a digital order status board, an expanded grab-and-go unit, and a tap system serving eight signature cold beverages, including coffee, iced tea, cold brew, and nitro-infused cold brew. Company leaders are betting that the NextGen store will refresh the brand and drive same-store sales growth for years to come.

“The launch of our NextGen store design and restaurant experience marks one of the most important moments in our growth as an on-the-go, beverage-led brand,” Weisman says. “Our new store design emphasizes and enhances the unparalleled speed and convenience that distinguishes Dunkin’ from competitors.”

Dunkin’ plans on developing roughly 50 NextGen stores across the U.S. over the course of 2018. In the meantime, though, various Dunkin’ franchisees have deferred restaurant remodels in the short-term in order to convert their restaurants to the new design.

“[That] is a great indicator that when we move forward together, we will be able to do so in a meaningful way,” Weisman says of the company’s relationship with its franchise partners.

Paired with nontraditional store growth, a particularly successful play that has seen Dunkin’ unveil units in casinos, travel centers, colleges, hospitals, and stadiums, Weisman says he and his colleagues see “significant opportunity” to grow the Dunkin’ Donuts brand across the U.S. In particular, the brand sees sizable potential in markets across the West like California, where Dunkin’, once a foreigner, now boasts more than 70 locations.

“Ultimately, our goal is to give consumers broad access to our brand, especially as they’re on the go in their day-to-day lives,” Weisman says.

After finding some early momentum with its simplified menu, DD Perks, mobile ordering, the NextGen store, and the like, Strelzik says it’s now imperative that Dunkin’ consistently reinforces some of these viable elements to compete in the long run.

“They’re on the path. Now it’s about keeping pace,” he says.

Good thing Dunkin’ has those running shoes for the journey ahead.