The brand is creating a new 'industry-defying' prototype to reshape the drive-thru.

Fast Food | March 22, 2021 | Ben Coley
Taco Bell
Development will be a major focus for Taco Bell this year, as the chain looks long-term at its next 1,000 restaurants, according to Mike Grams, Taco Bell’s president and global COO.

Taco Bell is once again reimagining what the restaurant of the future may look like.

The next iteration, which will be revealed in the coming months, is expected to push boundaries even further. The chain revealed Tuesday that franchisee Lee Engler is working with Taco Bell and experts outside the quick-service restaurant sector to build an “industry-defying” restaurant.

“As great as the drive-thru is, a fundamental flaw is bottleneck at the windows,” said Engler, CEO of Border Foods, in a statement. “Our team has set out to creatively solve for that like no one else has done before, and we’re thrilled by positive early responses to our one-of-a-kind concept.”

Development will be a major focus for Taco Bell this year, as the chain looks long-term at its next 1,000 restaurants, says Mike Grams, Taco Bell’s president and global COO. The deep portfolio will take “modernization to new levels coast to coast” and balance technology-forward and social-oriented priorities.

The journey was years in the making. In 2015, the chain introduced its urban-based Cantina store, a concept that ditched the drive-thru and leveraged the growth of metropolitan areas with alcoholic beverages, pick-up windows, open kitchens, shareable menu items, digital menuboards, communal tables, kiosks, open layouts, WiFi, and outlets.

“I’ve been in the real estate and development business for decades,” said SG Ellison, president of Diversified Restaurant Group, in a statement. “The partnership we have with Taco Bell is unique—the brand empowers us franchisees with both autonomy and support, which has allowed my business to not just build traditional restaurants, but create destinations such as our flagship Taco Bell Cantina in Las Vegas, as well as our Cantinas in Pacifica and now Danville.” 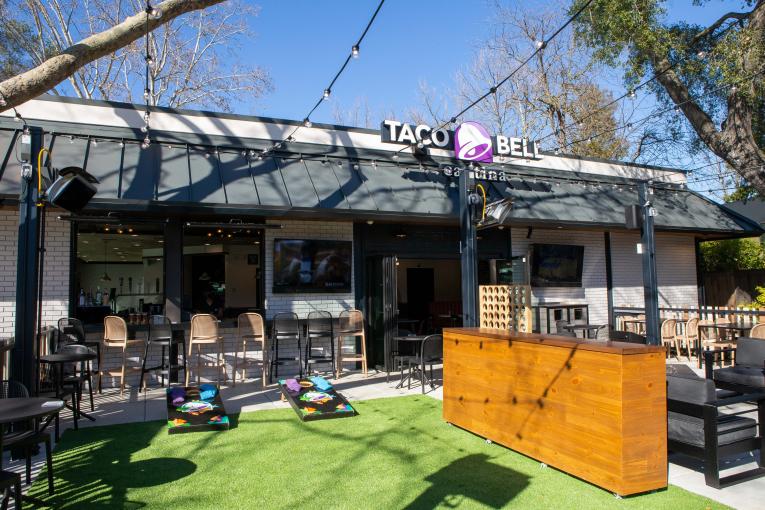 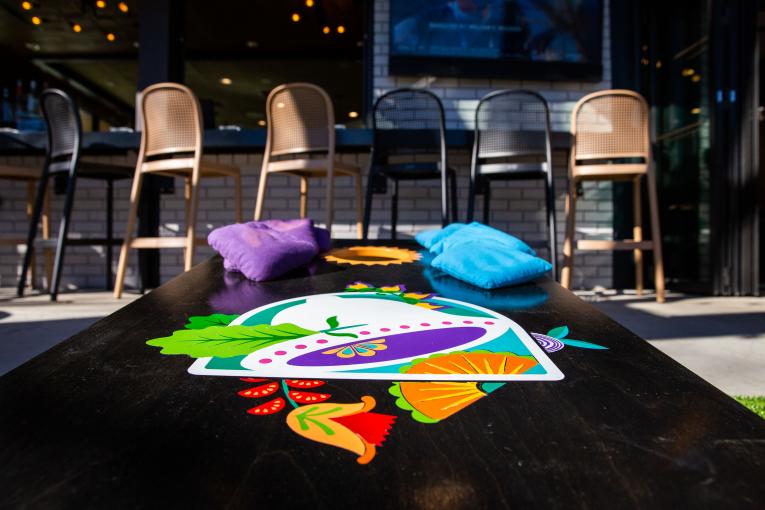 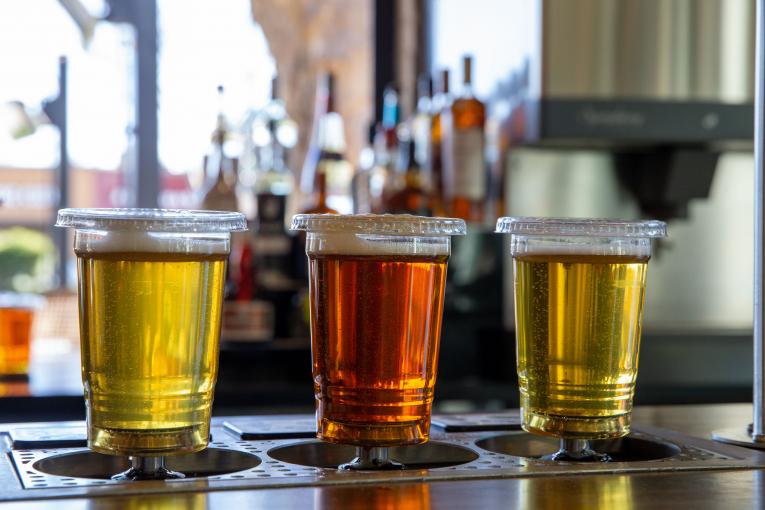 Taco Bell Cantina units include alcoholic beverages as part of the chain's push for social-oriented experiences. 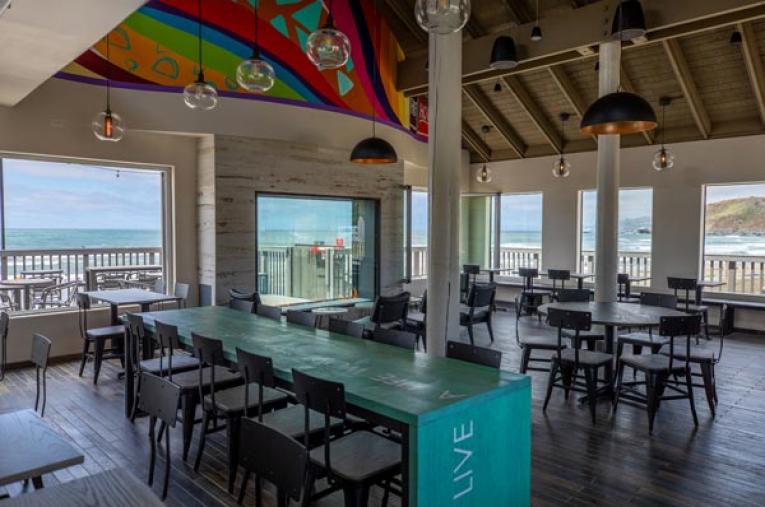 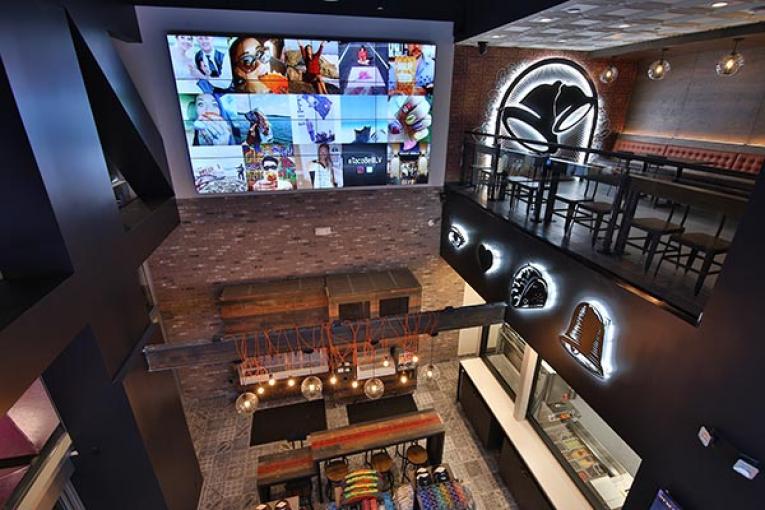 Couples can get married inside a Taco Bell in Las Vegas.

Taco Bell said that its pursuit of destination restaurants will coincide with its efforts to implement more digital elements for the on-the-go customer, such as an upcoming kiosk-focused store in Manhattan.

The chain will also continue with its Go Mobile concept, which began testing in 2020. The 1,325-square-foot store features “smart kitchen” technology to detect when guests arrive, curbside pickup, and a dual drive-thru—one traditional drive-thru lane and another specifically for mobile orders. 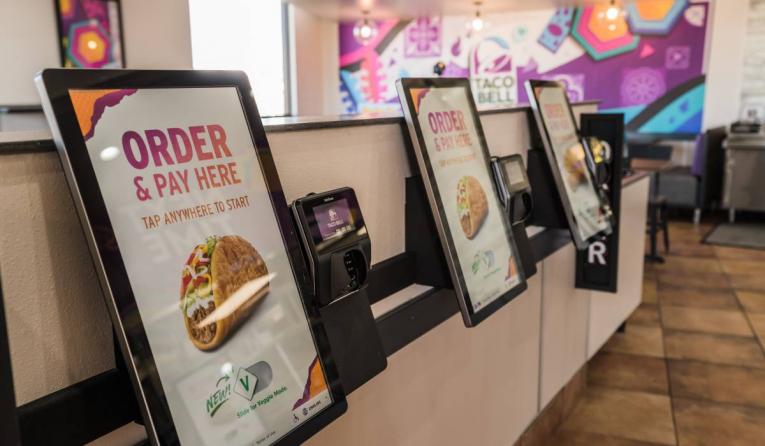 Taco Bell is planning to open a kiosk-focused store in Manhattan. 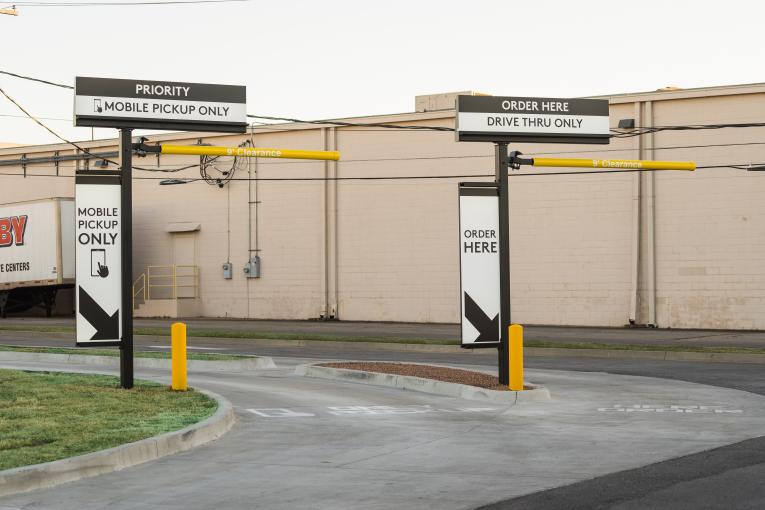 Taco Bell's Go Mobile stores have dual drive-thrus, in addition to curbside pickup and "smart kitchen" technology that can detect the arrival of guests. 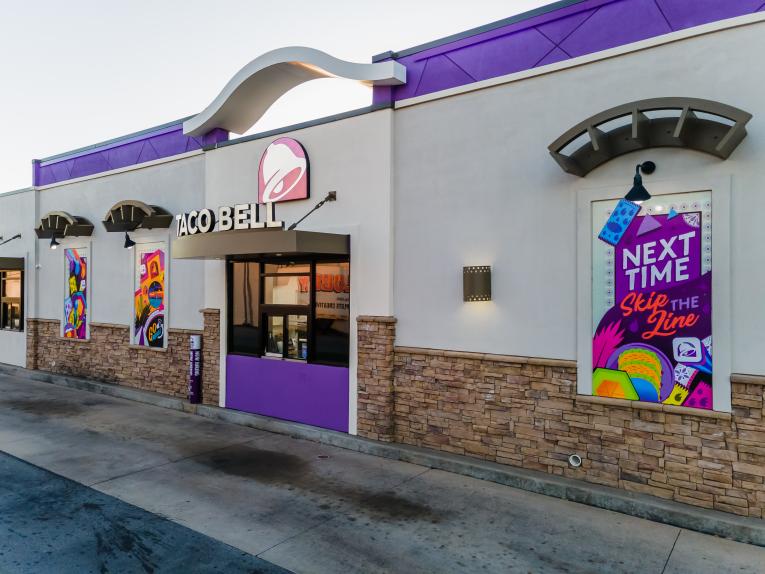 Innovation at the drive-thru is a core part of Taco Bell's development plans.

Go Mobile units also have “bellhops,” who stand outside with tablets to take orders and streamline throughput.

“While new development is important, so is remodeling our existing restaurants to fit the needs of each trade area’s customers and surrounding community,” said Tina Regan, president and COO of franchise K-Mac Enterprises, in a statement. “We are always looking to evolve to meet our guests needs, and transforming to be more digital-forward is no exception. In the last year, we’ve remodeled 3 restaurants into our Go Mobile format, and plan to both remodel and build over 30 additional Go Mobile restaurants by year end.”

“Even amid the challenging pandemic, we are continuing to grow due in large part to the strength in our franchise partnerships as well as the flexible formats we offer,” Grams said in a statement.