“Wingstop had another outstanding year,” Morrison said during a February 27 conference call. “I want to congratulate our franchisees and team members for making another industry leading year possible at Wingstop. The team's hard work and dedication to our mission to serve the world flavor, both figuratively and literally, paid big dividends to Wingstop shareholders in 2018.”

As noted by the charts below, Wingstop's been one of the industry's steadiest performers on the top line and with net unit growth in the past few years. 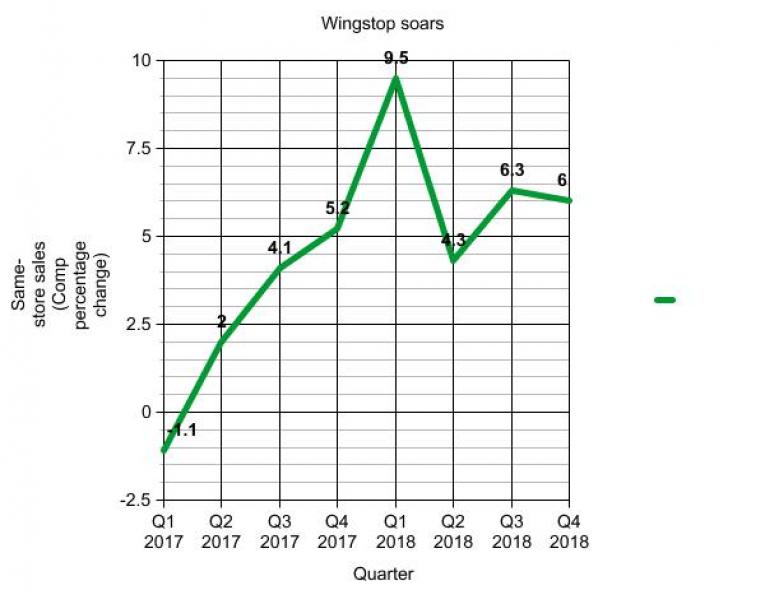 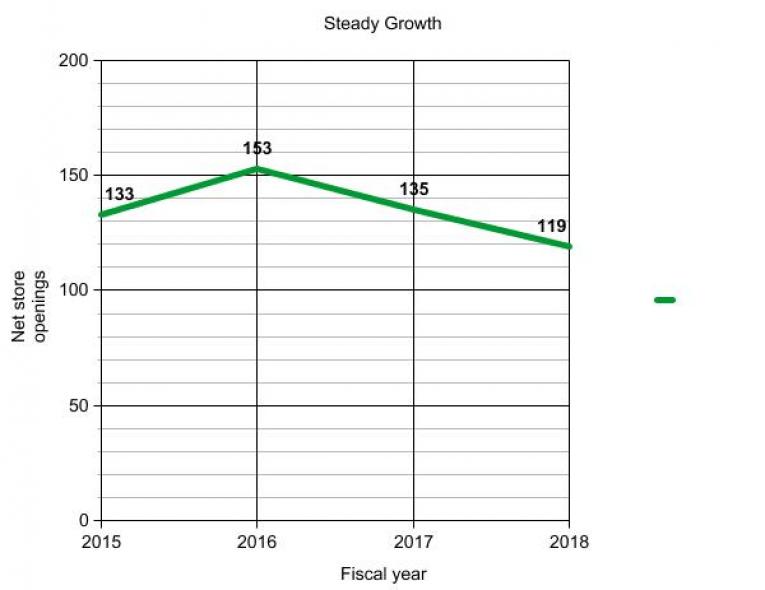 “Guests can now order from a slick user interface that first gauges their need for wings from snacky to starving with a wing calculator,” he said. “I think you get the sense that we have upped the fun factor and have given a decidedly Wingstop flavor to online ordering.

Digital transactions on average are $5 higher. “We think that we can continue to drive digital sales, without employing discounts or incentives, like other brands,” Morrison said.

Wingstop’s marketing strategy also pushed into more digital advertising while incorporating elements from the new “Where Flavor Gets Its Wings” campaign, which launched last week.

Wingstop is hoping the new promotion, which features in-store and TV advertising along with digital, will lead the brand closer to digitizing every Wingstop transaction.

“Closing this gap by creating more top-of-mind brand awareness of Wingstop is the essential first step in attracting and retaining incremental customers, which we believe that we'll have a huge opportunity to expand our audience to quick-service restaurants users, as they learn about Wingstop,” Morrison said. “We expect that our 2019 advertising is going to be a large source of that awareness.”

Another part of Wingstop’s digital takeover involves the launch of delivery. All delivery orders are made digitally, Morrison said. The new Wingstop website is enhancing the customer experience while ordering online.

Wingstop began testing delivery in select markets in April 2017 and started rolling out the service in November 2018. The rest of the system will soon follow, Morrison said.

Unlike other brands that have rolled out delivery systemwide in one burst, Wingstop’s approach was slow and strategic. The rigorous testing was done so the company could make sure product quality and overall guest satisfaction would mirror a customer’s dine-in experience.

At the end of 2018, 30 percent of Wingstop restaurants offer were on board. Delivery capabilities will continue to spread throughout 2019. The company expects to be at 50 percent saturation midway through the year and up to 80 percent by the end of 2019,  Morrison said.

“We have been extremely thoughtful in our approach with delivery, which can be demonstrated with the extensive testing we performed, which started in the Las Vegas market in April of 2017,” Morrison said. “ We ultimately felt like we clearly understood the impact of delivery and—what it would have on our business. We have a clearly defined playbook to execute, as we start the national roll-out.”

As 75 percent of the brand’s business is already take-out, Wingstop is well positioned to handle delivery, he added. While testing showed that Wingstop’s delivery customer and carry-out customer are different, there is room for overlap—almost 20 percent—that will hopefully drive future traffic.

“Our customers prefer to bring their product to home or to an occasions that they're at,” Morrison said. “And so with that, we've been able to demonstrate that it is a highly incremental occasion for us.” 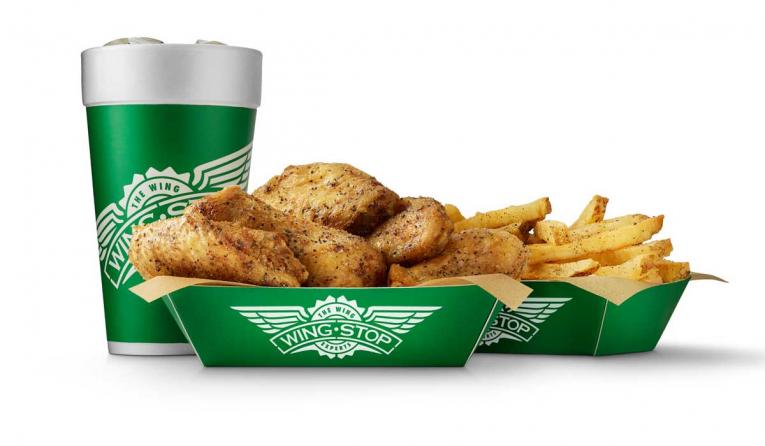 At the end of 2018, 1,252 Wingstop restaurants were in operation worldwide, a 10.5 percent increase, year-over-year. Wingstop opened 51 restaurants in the fourth quarter. In 2019, Wingstop is targeting 25 markets to saturate and expand in.

Wingstop’s fortressing strategy allows the brand “to build scale in these markets in order to increase brand awareness at a faster pace and gain market recognition as a go-to-restaurant in our guests consideration set,” Morrison said.

The Dallas-Fort Worth market is the main example of how this strategy is working in real time. Although there are already 109 restaurants in that area, there is still whitespace.

“We believe that a focused approach of building-out these 25 markets, which are located in large metropolitan DMAs—with sufficient restaurant density, is advantageous to over a scatter-shot approach across the map,” Morrison said.

The fortressing strategy, like the one Domino’s deploys to own its delivery markets, is advantageous for franchisees looking for opportunities to expand their footprint in existing areas.

“As we have noted before, 80 percent of our development comes from existing franchisees who want to reinvest in the Wingstop brand by acquiring more territory to build more restaurants,” Morrison said.

Wingstop’s smaller model shows promise, he added. These units allow Wingstop restaurants to open in non-traditional spaces, like soccer stadiums, casinos, and airport terminals. There is a lot of runway in those areas, Morrison said.

“We believe that airports, casinos and similar venues are great places to make consumers aware of the Wingstop brand and provide an opportunity to enjoy a bold and unique flavors of Wingstop,” Morrison said.

With the Super Bowl taking place in the first quarter, Wingstop is set to continue its positive streak. Over 16 million wings were sold on Super Bowl day, Morrison said. While this day is a big boost for the company, Wingstop wants to focus on being an everyday restaurant for customers and not just a place they head to on game day.

“Super Bowl is a big sales day for us, because it is a great opportunity for our teams to rally and appreciate one another, but our business is not built only around special events, but rather it is built on driving every-day sales for the long-haul,” Morrison said.

What is the Inflationary Tipping Point for Fast Food?
The State of Restaurants: Demand, Price, and a Race for Loyalty
Inflation Sends Restaurant Customers on a Hunt for Value