The long-time employee is ready to lead the sandwich chain into the future.
Sandwiches | September 2019 | Danny Klein

Cherry Hearn has seen a little bit of everything at Which Wich. She first met the growing sandwich chain’s founder, Jef Sinelli, when he had just three units (there are 500 open or in development today).

After working for a commercial litigation firm in Denver, Hearn was recruited by Dallas-based Travelocity to become its first intellectual property attorney. She soon set up her own practice and crossed paths with Sinelli, helping his brand win a major trademark infringement case.

Hearn says she learned “everything I could” about Which Wich’s offbeat leader during that time, as well as the state of the sandwich industry. It even led her to get in on the ground level of the burgeoning brand. Hearn and Sinelli met in April 2005. By July, she signed a franchise agreement.

Hearn opened Which Wich’s eighth location, in Austin, and would bring two more stores to market. But by 2011, following Which Wich’s first international deal, Sinelli asked Hearn to join the corporate team. She sold her restaurants and moved back to Dallas in 2012 to take on the role of general counsel—a position she held for seven years. Hearn helped register every trademark Which Wich owns.

Sinelli Concepts International acquired Paciugo Gelato Caffe in 2017 and plans to launch Supernova Coffee in 2020, with more brands in development.

Hearn was officially named Which Wich president earlier this month. “Cherry has been a vital piece of the Which Wich puzzle since the very beginning and understands the DNA of our brand better than anyone else,” Sinelli said in a statement.

She took some time to chat with QSR about the road ahead, and how her prior experience will aid her along the way.

Talk about your journey with the company. What’s been like seeing the brand grow from three locations on?

It’s been very exciting and satisfying to have been part of this company’s history for almost 15 years. Having that historical “database” to draw from in policy and decision-making in the present is extremely helpful. In some ways it seems like just yesterday that I was one of a new group of franchisees that were getting to know each other, comparing notes on what we were doing to launch and operate our new stores, and working with Jeff Sinelli to help shape the culture and direction of the brand. Years later, I am still proud to be part of the Which Wich family and culture, and it is a thrill to see how we have grown.

How do you think being a franchisee helped you understand the corporate side of things?

When I arrived on the scene as the inaugural General Counsel in 2012 with the mission of establishing the in-house Legal Department, the learning curve of understanding the company’s structure and departments was greatly shortened because of my existing familiarity with operations, franchise agreements, leasing, and key vendors. 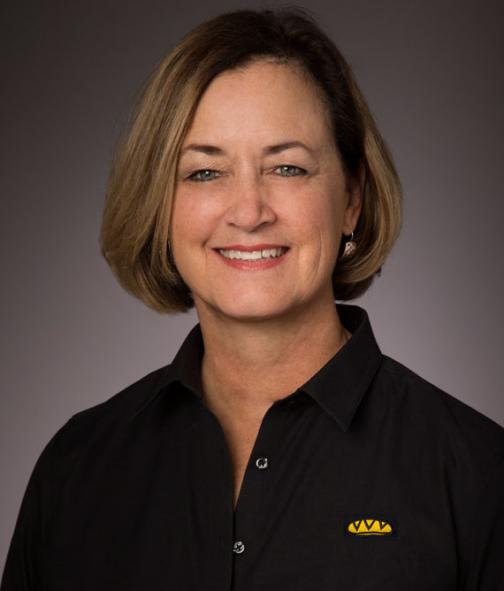 And what about being so heavily involved on the legal side? How does that experience lend into leadership?

In my years as General Counsel, I provided support and advice to every department in the company. However, because of my own entrepreneurial background, including my time as a franchisee, my role in the company has also included a strong vein of business strategy while working with the CEO and my fellow executive team members. This exposure to all aspects of our brand gives me the “big picture” experience and point of view I need to seamlessly proceed forward with our goals and initiatives.

What are some early day plans for your president role? What would you like to accomplish in the first 30 days, year?

When I took over the role, we were in mid-stream with a few large, key initiatives. The early priority was to dive in to ensuring that these programs were completed smoothly. Beyond what was already underway, I immediately spent countless hours in conversations with many, many members of the franchise community to glean their ideas, suggestions, and concerns. These conversations served to reinforce what I already believed to be the priority areas of focus in the coming months—constant vigilance on profitability, great store-level operations, and better guest service training for our young store employees.

Talk about some of the brand’s differentiating qualities. How does it stand out in such a crowded segment?

The quality and freshness of the ingredients in our sandwiches is an absolute differentiator. It is also our brand philosophy to make our sandwiches “with a heavy hand”. In other words, our menu is going to deliver a substantial, delicious product—unlike anything that our customers can find elsewhere. We are also well-known for our order-on-the bag approach to selecting and personalizing your sandwich. Customers truly get to build their own sandwich if they desire, or they can choose one of our curated “Favorites” where we have done the work for them.

What is the strategic franchise growth plan moving forward?

In addition to our “bread and butter” of growing with our current franchisee partners, we are continuing our growth on the non-traditional front with college campuses, C-stores, hospitals, and airports. And as we expand our presence in larger DMA’s, we are very excited to now have the option to co-brand in some locations with our sister brand, Paciugo Gelato & Caffe.

What are some innovations, from menu to labor, that will carry Which Wich into the future?

We are in constant discussions with existing, as well as new, vendors to find technology integration opportunities that will streamline and enhance the guest experience. This encompasses everything from testing kiosk ordering systems, our online ordering platform, payment options, and 3rd-party delivery efficiencies.

Dovetailing menu innovation into our tried-and-true classic offerings is always a matter of striking the right balance with what our franchisees and customers are looking for, and we are very pleased with the direction these efforts are taking for the remainder of this year and into next. Part of that has been the introduction of French fries this summer, which is being very well received by our guests. We are also working closely with our new beverage partner, PepsiCola, to bring a fresh new approach to our lineup.

21 Main Street, Suite 204
Hackensack
NJ
203-883-6060
SH Franchise Finance is an independent finance company, so we know what it is like (more)
Real Estate/Site Selection