Looking to connect with younger guests and cement its role as a fresh-food leader, Subway changed its logo, store design, and so much more.
Design | July 2017 | Danny Klein

Subway's revamped design was built with the customer, and the future, in mind.

Consider it Subway's new duds to the biggest party in foodservice. On Monday, the chain with 45,000-plus units globally unveiled what it's labeling the most extensive launch in company history: a massive brand evolution that affects everything from pictures and colors to function and form. The hefty investment, which began in earnest around two years ago and will take "multiple years to rollout," will help Subway remain at the forefront of a category it has historically fronted—freshness and quality—and broaden its appeal with younger customers, says Chris Carroll, Subway's chief advertising officer.

"We can now go in with confidence and get more aggressive in our engagement," Carroll says. "It's like going into a party when you have a new outfit on. You feel more confident than if you were in an old pair of jeans."

The changes, reached through global customer research, franchisee feedback, and with FRCH Design Worldwide developing the concept, can be broken down in a couple of phases. The first is a completely new décor package that will be showcased in every new U.S. location moving forward. Remodels will also follow the updated scheme, as will international stores in the near future—potentially as soon as next year, Haynes says.

The first visual note is what Haynes calls an "S" Choice Mark. Right at the order point of the restaurant, a vibrant "S" designed with Subway's new arrow-curved logo rests against textured wallpaper.

"You see that now in our packaging. It will be in our new restaurants. It's like a signature Subway stamp," Haynes says. "What's really great is you're in the restaurant, you see it, but also outside in the evening you can see it clearly. It's bright and it's bold and it's fresh and it's clean."

Energy-efficient LED lighting. Wall art visualizing the brand's quality ingredients. Wall coverings made with 34 percent recycled content and water-based inks. New floor coverings. Containers. All were changed to brighten up the space and boost Subway's eco-friendly mission. There's a new seating package that includes updated tables, colors, and chairs. Curated music created exclusively for Subway plays through the speakers. Wall-hugging cushioned benches and USB charging ports have been added. In an effort to increase capacity, Subway added a make station in the back for any kiosk, remote, or catering orders.

Speaking of kiosks, 50 restaurants are testing those as the stand-alone technology prepares for larger saturation.

Among these changes, Haynes says, two features are really popping with customers: The S choice mark and the decision to install a fresh vegetable display case behind the sandwich line. Carroll says the brand was taken aback by just how impactful the latter detail has been.

"We were a bit surprised that when consumers saw them they said, 'What are [the vegetables] there for?' Well, we take them in the back and cut them up and put them on your sandwiches," Carroll says. "And it was amazing how many people didn't realize that we were doing that. So not only does that become a benefit in the restaurant, but it also affects the way we develop content. [Don't] assume just because you show the fresh spinning onion splashing under water that consumers make an automatic connection to the fact that you're prepping them right in the restaurant." 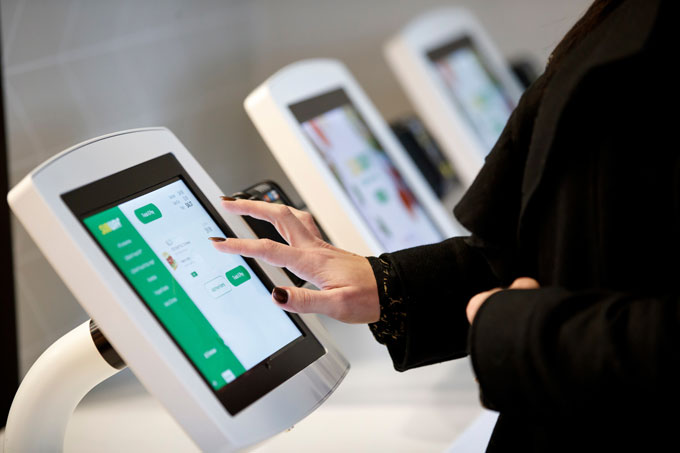 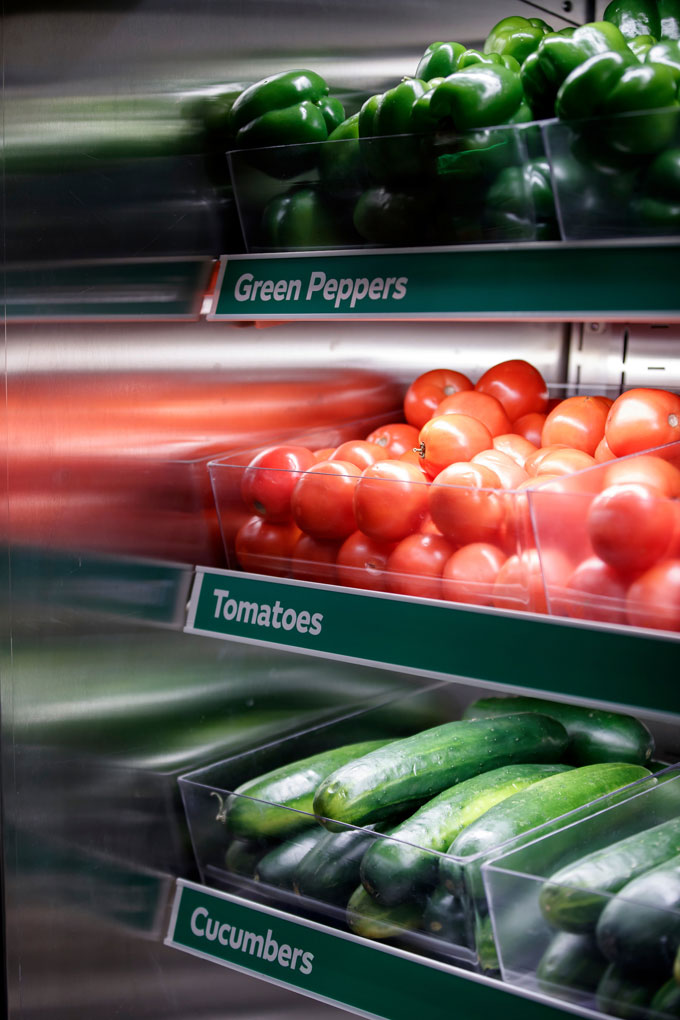 "I think we underestimated the great story and great message that could convey," he says. "What we found in those locations, time and time again, were customers saying, 'I didn't know you sliced your vegetables. Are you the first one to do that?' And we're just like wow. We shouldn't take things for granted. We should make sure we get our message out there loud and clear."

Subway is diverting resources into technology as well. Digital menus are live in the new locations, and Haynes says they're hoping to introduce them throughout the U.S. The kiosks are preforming differently across dayparts and markets so far, he adds. In some cases, guests still aren't willing to sacrifice the direct attention from one of Subway's staple "sandwich artists."

But, unlike in the past, consumers now have a choice. "Subway is really unique in the fact that we're opening up for completely different streams," Haynes says. "If you're time pressed or you don't want to talk to anyone, you can certainly use the kiosk or your handheld device with mobile ordering. Or you can still come in and have that one-on-one unique Subway style experience and go down the sandwich line."

Beverage stations are also being revamped to offer more choices. In the U.S., that means Coca-Cola Freestyle machines where guests can mix up flavors and brands. Subway's menu includes new items as well, such as pico de gallo, additional sauces, house-made pickles, and made-without-gluten bread.

Franchisees played an integral role in the process, Haynes says. It's why Subway developed eight different design packages. There's everything from a kiosk to a free-standing drive-thru concept. Some are still being developed, like the drive-thru model, Haynes says. End caps, food court locations, and the typical 1,200-square-foot staple have already been built.

"We've got a great design that we're really proud of. Our franchisees are really engaged with it," Haynes says. "I think it's been that teamwork that we've had with our franchisees all the way through that's made the difference. … It has really created a lot of momentum in our system and people are excited by the design. That's why we've seen more and more interest. I know that all of our markets outside of the U.S. are like, when can we have this? We're trying to get it to them as quickly as possible."

Carroll says Subway's new-look was something today's restaurant climate called for. In the past, he says accessibility meant putting a store on every street corner. Now, it's about making it easy for consumers to interact with your brand. This is the next phase of Subway's evolution following the company's updated brand identity by Turner Duckworth New York, which was rolled out in spring and showcased bright and bold new imagery, new packaging, uniforms, and signage. Subway says many of the elements will be worldwide by the end of the year.

"We stepped back about two years ago and recognized that we needed to evolve the brand and really transform it across so many platforms to adapt where consumer needs had moved to," he says. "An app that makes remote order easy; order ahead; eventually things like catering and delivery all off this same app—we saw it was critical."

And all of these changes were not just surface level. There was strategic thought put into what the brand stands for. As fast casuals and other quick-service restaurants join the mindful-eating lexicon, Carroll says, Subway needs to cement its long-standing position.

"If you think back, Subway kind of owned the fresh positioning, and with that success other upstart brands tried to get in that space," he says. "Existing brands moved in that direction. So while we own it, we need to make sure we continue to."

"The response we've gotten has been more than we could have ever imagined," Carroll says. "What it's telling us is things like the restaurant design, things like some of the products we distributed to them, the attitude of the brand being fresher, newer … it's relevant to this [younger] audience. It recognizes their needs."

"It's all about the customer experience," Haynes adds. "That's what we've really tried to do, is put the customer at the center of all the decisions we're making. You have to do that. That has to be an absolute focus."