Kellogg spent time as regional director of Chipotle’s Mid-Atlantic region, while Hayes provided marketing expertise in a variety of roles. In their time at the pioneering fast casual, both learned the meaning of high-quality food, what it takes to elevate the customer experience, and how to build a culture Kellogg describes as inspiring, optimistic, future-forward, and socially conscious.

The duo found a great deal of success leading with those ideals. While serving as regional director from 2012–2017, Kellogg and his team opened 98 stores, grew sales 180 percent, increased net cash flow by 42 percent, and decreased cost of goods sold by 6 percent.

The results and experience filled them with confidence when they joined Oath just days apart in the fall of 2018. Kellogg and Hayes have since been promoted to CEO and CMO, respectively.

As Hayes notes, Chipotle was based on “changing the way people think about eating fast food,” and the same is true for Oath. The 29-unit chain, which has several units on college campuses spanning from Arizona State to William Paterson University in New Jersey, describes itself as “pizza reimagined.” The proprietary crust is hand-stretched, grilled, and seared in avocado oil at a central commissary, and then shipped to restaurants where workers top the product with real, fresh ingredients and vegan and gluten-free options.

“It was that way when we came here, but we've been able to elevate that experience and message, and we're really committed to make it easy for people be better without giving up the food they love like pizza,” Hayes says.

The industry veterans’ impact started with bolstering digital infrastructure. Although pizza is known for its portability and fit within a takeout/delivery system, Hayes quickly realized Oath did not have the backbone to meet customers where they were. The CMO says the most important piece to resolving this friction was choosing platforms that were not only easy for the company to implement, but also for franchisees, which make up 75 percent of the system.

In 2019, Oath integrated Thanx with its existing web ordering platform. Under the partnership, customers are automatically enrolled into the loyalty program upon first purchase and Oath is able to leverage targeted, multi-channel messaging to encourage return visits and additional purchases.

After integration, the brand’s digital revenue increased 90 percent year-over-year, according to a case study conducted by Thanx. During COVID, Oath saw a 250 percent rise in web and app orders and a 160 percent increase in its customer database. The study also found that Oath retained more than $100,000 in critical margin dollars by diverting orders from third parties to their own app and website.

Prior to COVID, off-premises mixed 40 percent at Oath, but with the industry forced into a digital revolution during lockdown, the channel has soared to 60 percent of sales. Kellogg isn’t sure where the mix between dine-in and off-premises will land when the pandemic ends, but he knows it won’t completely return to what it was in 2019.

“People are excited about the opportunity to be with their friends and family in a dining experience—that will never change,” Kellogg says. “But I think they're all still very cautious. Social distancing is a real concern and has been and will continue to be so. I think it will be seasonal. I think our pivot towards smaller indoor dining spaces and larger patios has been very helpful. The ability to gather safely I think will determine how quickly and how robustly that comes together.” 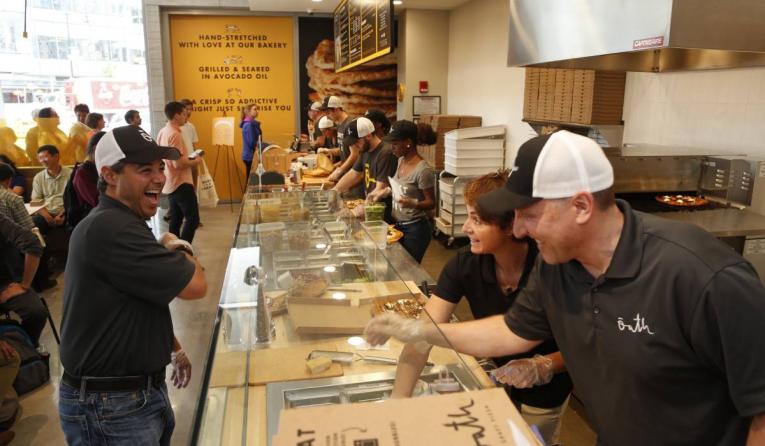 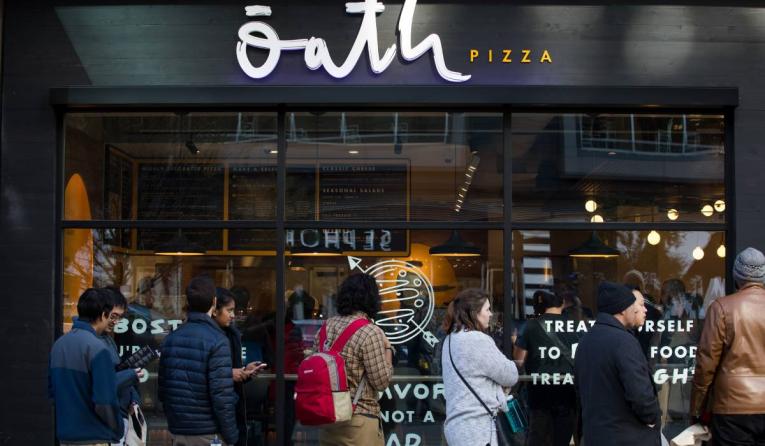 After solving how to meet the nearby customer, Oath turned its attention toward reaching guests in markets where it didn’t have a presence. To that end, the company last year struck a partnership with online marketplace Goldbelly, which facilitates delivery across all 50 states.

After figuring out packaging logistics and testing with friends and family, the service launched nationally in two weeks. Hayes estimates sales through this channel have doubled since it began. When dining rooms opened, the company shifted its focus, but the chain expects shipping to gain more traction during the holiday season.

“The feedback that was most interesting, people in California tell us that it was as good and maybe even better," Kellogg says. "Perhaps it was under the influence of lockdown or something, but to be able to get that sort of positive feedback on something that is designed to be enjoyed fresh and have it be so positively received, that was very heartwarming and gives us confidence that we could do more."

For Kellogg, “could do more” means finding the right opportunities, target markets, and population densities to expand Oath both traditionally and nontraditionally. The brand’s sweet spot is affluent suburbs, heads of household, and teenagers with disposable income. The CEO expects growth to occur mainly on the East Coast, but he says interest has come from across the country. The chain’s most notable franchisees are Aramark, which joined in 2017, and Covelli Enterprises, the largest franchisee of Panera.

With the crust and dough-making process completed outside the restaurant, Oath is able to fit into smaller, more efficient spaces and shrink buildout and labor costs. The typical restaurant is between 800 and 1,200 square feet, although the original location in Nantucket, Massachusetts, location is 692 square feet.

“We will say, the United States hasn't been built to those sizes,” Kellogg says. “We see a lot of boutique or unique corners or carving out. We’ve actually looked at a number of deals where they’re big dining rooms that have been cut out to explore somebody else. We're one of the only opportunities out there that operate in that space.”

The CEO says Oath is comping well against 2019 as it heads toward the end of this year, and he doesn’t expect much of a slowdown in 2022. He believes consumers’ choices are evolving and leaning more toward healthier experiences and higher-quality calories.

That movement plays right into Oath’s hands, Hayes says. The company views itself as the point where “pizza meets wellness.”

“We are really fortunate to have a product that meets consumer demands that are increasing for higher-quality ingredients, for picking products that are better for them,” Hayes says. “That's something that I think is not going to go away. There is such a high part of the population that is interested in choosing the better option."