The brand expects to open as many as 450 stores next year.

Crumbl Cookies has 254 stores open in more than 30 states. Without any context, the number already sounds substantial. But it's happened in just four years.

In fact, more than 180 units have come to market since the pandemic began, and eight to 10 are opening per week. If those figures weren’t stunning enough, not a single location has shut down since the company was founded.

CEO and co-founder Jason McGowan, who has funded the company without any investors, says there is no specific target in terms of unit count. The overarching goal is to rapidly grow across the nation and dominate the market as the No. 1 cookie brand. McGowan anticipates Crumbl will have more than 300 outlets by the end of 2021, and anywhere from 600–750 by the end of 2022.

“We're just trying to go as fast as we can and make sure all the stores are successful along the way and making sure that our model and our technology can keep up,” McGowan says.

From the beginning, the company backed its growth trajectory with a heavy investment in technology. When a store onboards, it has a list of success metrics to measure itself by, including cook times, availability, delivery times, reviews, customer service, cleanliness, and more. To gain further feedback, Crumbl—through its custom-built mobile app— sends a text message to customers that asks about their experience and gives them an opportunity to upload a photo of their order.

The chain takes that data and puts it inside an application for all of its franchise partners. Through these metrics, operators can see how they are performing compared to others, and share good practices across the system. From the company perspective, it provides a detailed scope of which stores are succeeding and those that aren’t, and options for a targeted solution.

On a weekly basis, the brand pores over information to determine each location’s path to success, and how the model can be fixed or adjusted. The technological infrastructure has facilitated these discussions and helped push Crumbl to its current growth pace.

It typically takes eight to nine months to open a unit, which ranges from 1,400 to 1,600 square feet, according to the CEO. Much of that timeframe is due to permitting hurdles with local government. If that were stripped away, McGowan says the process would be as short as three months.

“We’re very, very agile and we move very, very quickly and so we were able to change that opening flow,” McGowan says. “And so when it came time to say, ‘Hey, you know what, we're going to scale from opening two or three stores to opening eight stores,’ really at that point it became getting enough hiring going on and enough trainers coming in and having them well-trained on the model to be able to really up that growth. At that point it was just a formality.” 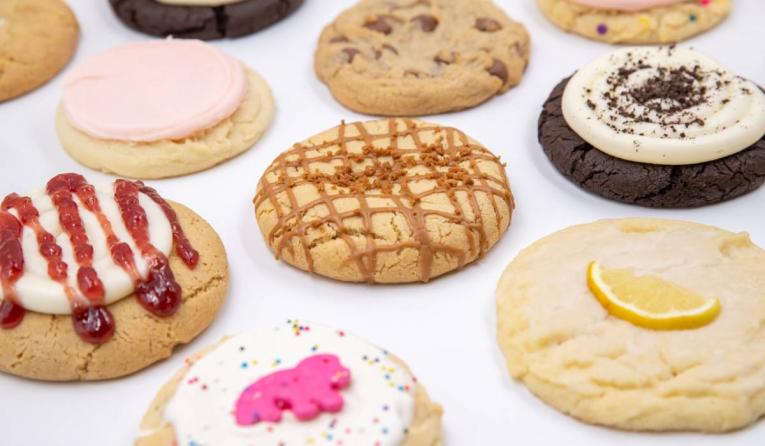 No store has failed in four years, and McGowan wants that to continue for decades. Even though Crumbl is expanding at a pace incomparable to many in the quick-service segment, the growth is nothing short of meticulous. The brand has sold territory only after pre-plotting the entire U.S. map and selecting the best markets and hotspots. McGowan says occasionally operators have asked Crumbl about certain locations, and the company has refused because the area didn’t fit with “what success looks like for our brand.”

The strategy is so sound that the chain has never advertised its franchising program. Everything has simply been word of mouth.

“We feel like that's been a good thing because people try and taste the product and see the excitement before they apply,” McGowan says. “That's been something else that we feel like there's a huge advantage for us.”

Crumbl began with one perfected chocolate chip cookie and has since exploded to more than 170 flavors, including themed lineups, like breakfast cookies, i.e. waffle, berry crunch, donut. The company rotates its cookie lineup every week as part of a schedule that’s planned six months out based on previous sales, how the cookies look in a box, flavor profiles, cost, and other proprietary measures. All cookies are baked fresh and onsite.

The formulation of new flavors begins with asking key questions such as, can the cookie be produced at mass scale, how difficult is it to make, what will customers think, and what does it taste like. Once the cookie meets those criteria, it’s tested in select stores across the country to uncover nuances and potential obstacles. Crumbl takes knowledge from those test stores and condenses it into training videos and tips for bakers nationwide.

The variety and innovation has translated well to social media, where Crumbl has built a highly engaged audience. The chain created its TikTok (the fastest-growing social media network of all time, according to Inc) in February and gained 2 million followers in six weeks. As of mid-September, the account has nearly 26 million likes. The first step, McGowan explains, was recognizing the value of the platform instead of treating it as a third or fourth-tier social media app. Once that was established, it was important to seriously invest in unique and engaging content as opposed to simply using TikTok as a vehicle for advertising. 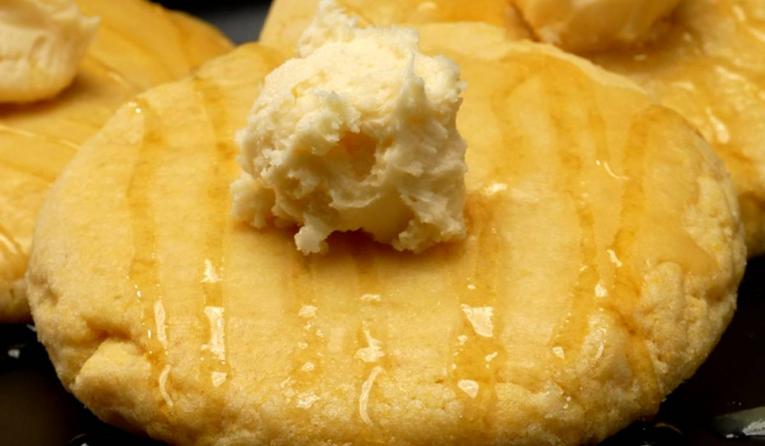 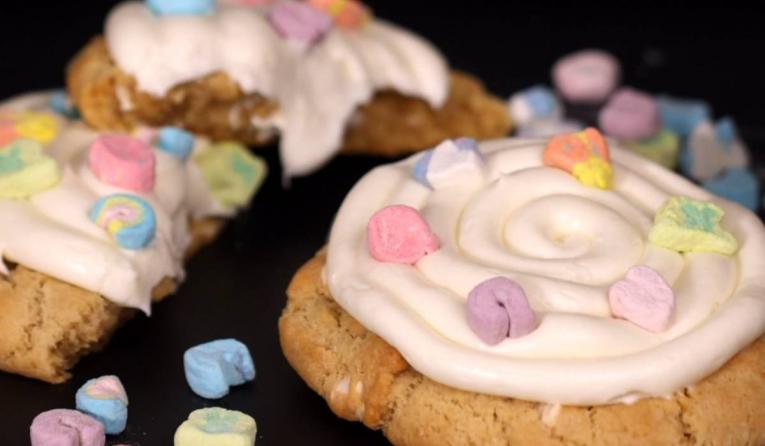 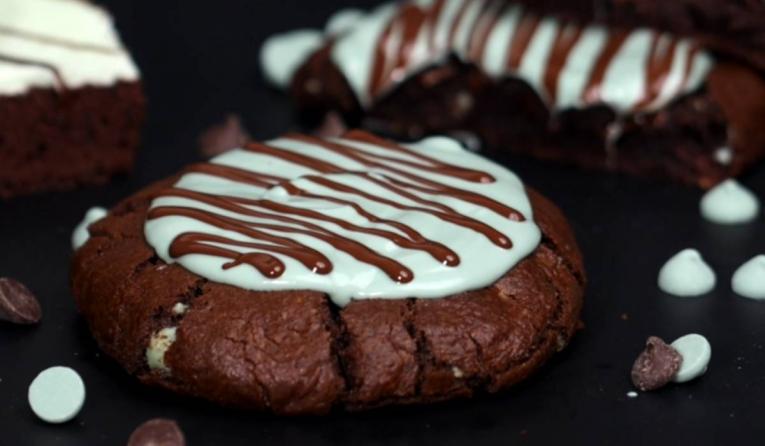 Currently, Crumbl is the second-largest cookie brand in the U.S.

The community quickly responded. Crumbl found that customers enjoyed sharing reviews of certain cookies on the social media platform, a trend that gained a large following. Rather than keep its strategy separate, the brand listened to consumers and began doing its own reviews and showcasing them on other platforms. The TikTok trend #crumblreview began organically in March and has since received 180 million views.

“We just highlighted that from the community and did what they were doing and just 10x’d it,” McGowan says. “We leveraged the community in the way that they wanted to be communicated with and we were just quick to notice that and really jumped on top of that. And when we did, they just jumped on top of it as well and we synergized really, really well with the community, and they loved the experience and it just took off.”

Crumbl also implemented what it calls “hype cycle marketing,” in which it announces the weekly cookie lineup across its social media channels through a big reveal event every Sunday. The unveilings gain more than 1 million views on Instagram and 1.5 million views on TikTok per week.

We're kicking off fall RIGHT with this line-up! 😍

Through the routine, Crumbl created customer habits. The anticipation week to week is so intense that McGowan says customers “freak out” if videos are a few minutes late.

“Really, again, we doubled and triple down,” the CEO says. “How does our video content look, how do we make that even more quality? How do we announce it? How do we tease throughout the end of the week? All those strategies and all those things formulating even after and beyond that.”

“It is something that's just so fun out of your busy week, out of your crazy week," he continues. "If you had a rough thing that's happened to you that week or you've had a break up that week or you've had a hard time with family members or maybe work is not going so good, you can always come to Crumbl and just have a great experience and enjoy a cookie. It seems so small. That's actually important for people to take a break and to just have a fun moment in their week.”

By the end of 2021, Crumbl will have sold 1,000 franchises, and this time next year, the chain will likely have reached the 500-unit mark. Currently, Crumbl is the second-largest cookie brand in the U.S. behind Great American Cookies, which has more than 360 outlets.

No matter how big the chain becomes, the mission remains the same—to bring friends and family together over the best box of cookies, the CEO notes.

“I think you can look forward to even better cookies, even better experiences, and really leveraging technology to even have the holistic experience even be better,” McGowan says