This Growing Franchise is Going to the Dogs

Started by the co-CEOs and founders of FreeRange Concepts in Texas, MUTTS Canine Cantina is the first fast-casual concept by Kyle Noonan and Joshua Sepkowitz. It fits with the company’s brands, however—which includes a high-end bowling full-service restaurant and a 3,000-person concert venue plus restaurant—in that MUTTS is an experiential concept, drawing people who are hungry for more than food.

“We really like a business model that has some sort of unique, experiential component to it,” Noonan says. “Beyond just selling food or drink, we really like being able to create concepts around things people are passionate about.”

Texans, they’ve found, are very passionate about their pups.

“It’s amazing the amount of money you will spend on your pet,” Noonan says. He and Sepkowitz, both dog owners, saw MUTTS as a unique opportunity to attract the millennial market that doesn’t want to leave pets at home, preferring instead to take pets to work, breweries, and restaurants.

“There was no concept built with that in mind, and, additionally, we really love the revenue model of having a membership-based dog park,” Noonan says.

According to the ASPCA, nearly 78 million dogs and 85.5 million cats are owned in the U.S. That equals half of the U.S. population and measures to a $70 billion industry, meaning there's no denying the lucrative franchise opportunity in positioning a concept with the pet lover in mind. 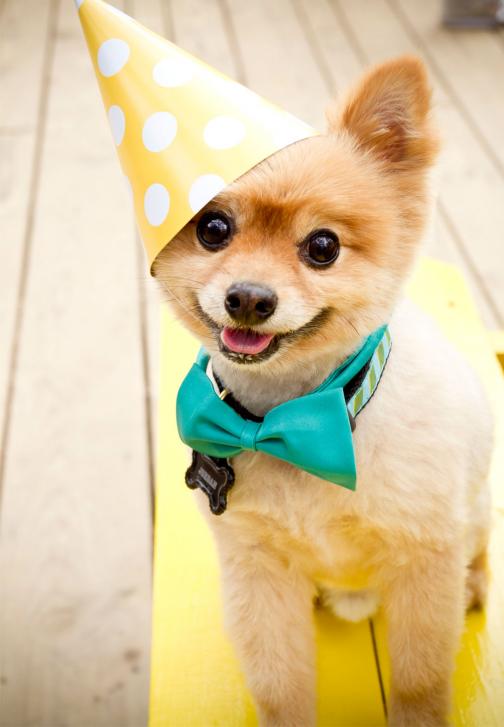 That dog park aspect, however, did present one of the biggest logistical challenges for the college-friends-turned-business-partners. It took about five years for them to work the kinks out on the first Dallas location. “We were creating a completely new segment in quick serve,” Noonan says.

Landing on a system that managed the dog park memberships was a big hurdle. “We didn’t initially invest in the technology that we have now,” Noonan says. The partners underestimated what kind of app they’d need at first, partly because the system they needed—cloud-based that uses a barcode to allow customers in and out of the park—didn’t exist. “It took a little bit of time for technology to catch up with exactly what we needed,” Sepkowitz says.

But, eventually, the team figured it out, along with the best placement of the brand’s elements: the kitchen and bar building, parking lot, outdoor eating area, small dog park, and large dog park.

The result is something not many quick serves have been able to achieve: a concept that taps into customers’ daily routines.

People come every week, or multiple times a week. “Dogs have to get out and go to the bathroom every day,” Noonan says. When people come, they can stay for hours, hanging out with friends and purchasing dinner and a drink or two, perhaps a dessert, along the way. 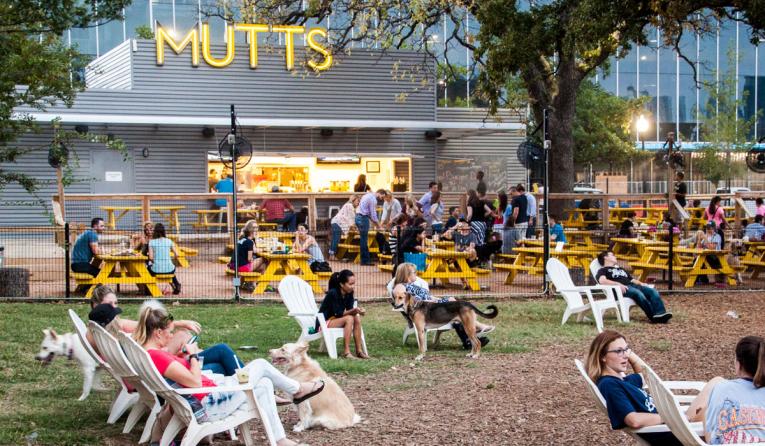 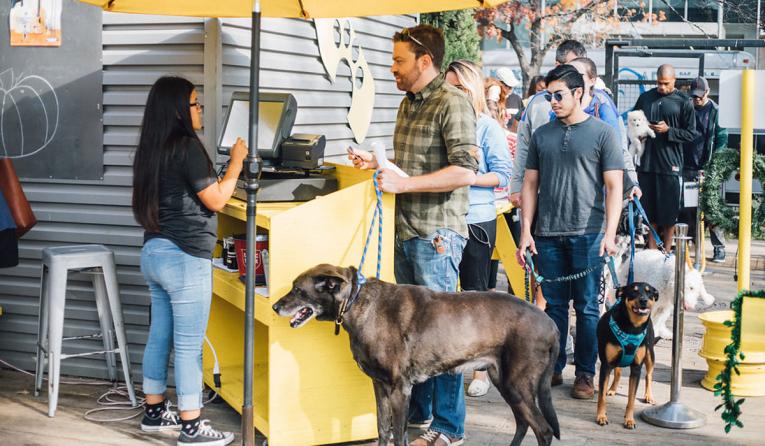 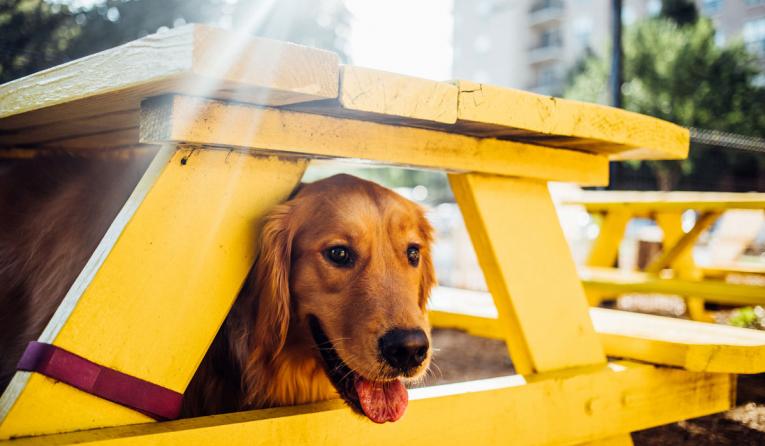 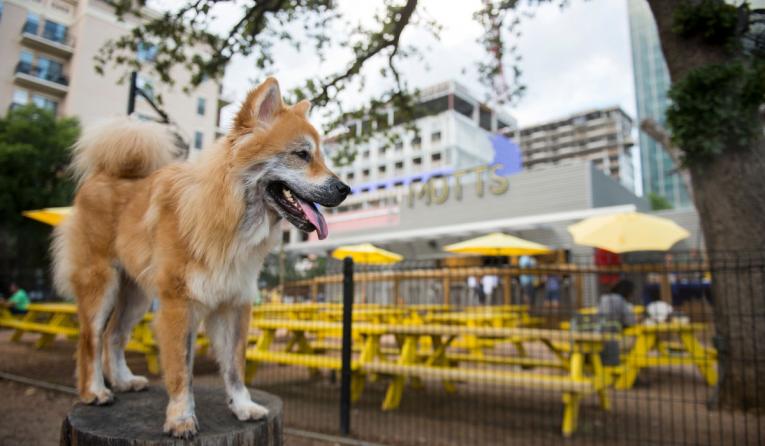 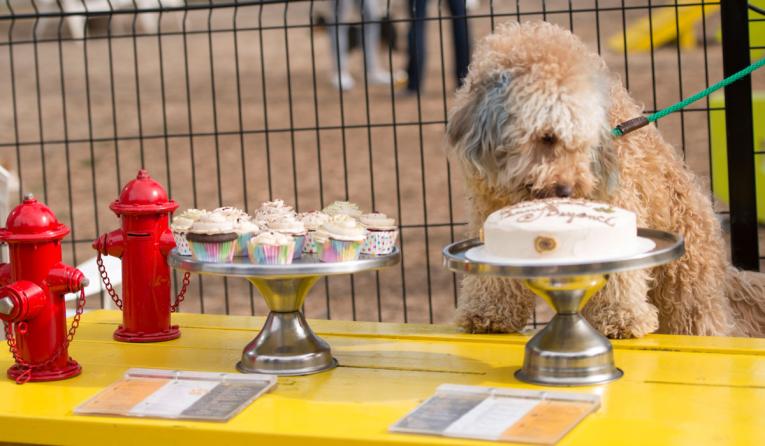 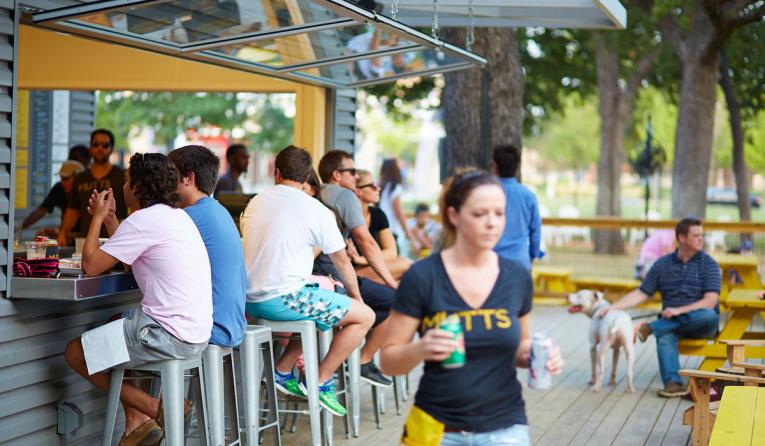 “It’s really cool to see the sense of community that’s been created there, and it’s also good for us, too, from a financial standpoint: we have high frequency of use,” Noonan says.

MUTTS’ menu includes classic favorites like burgers and the new Original Chicken Sandwich that is fried and topped with a Szechuan peppercorn sauce. But a big selling point for the brand is its bar, where customers will find beer and wine, but also fresh-made drinks like a frozen margarita topped with a frozen sangria popsicle. While the food is kept outside the dog parks in an outdoor seating area, customers don’t need to leave the park to get a refill on drinks. The building that houses both the kitchen and bar is two-sided.

Pups, of course, are also included on the menu board. A furry guest favorite is the pupsicle, a frozen popsicle made with beef broth and peanut butter. “On a hot day, dogs go to town on them,” Sepkowitz says.

Now, Sepkowitz and Noonan are ready to open their second company-owned MUTTS location in Fort Worth, Texas, with many more MUTTS to follow, they say. Nearly from the beginning, the partners have received interest from potential franchisees.

“Over the last five years we’ve had hundreds of interested parties,” Sepkowitz says.

Now that he and Noonan have set up franchising framework, they are finally ready to expand in a big way. They started selling franchises earlier this year, qualifying around 25 franchisees initially. For the moment, the brand is targeting locations in the sunbelt U.S., mainly for weather. “MUTTS has a significant outdoor component,” Sepkowitz says. “The more sunshine a place has, the more successful it will be in its current form today.”

The partners expect the qualified franchisees to open in six to 12 months.

“It’s been fun the last five years, and I think there’s only great things to come,” Sepkowitz says.

Why Now is the Time to Solidify Your Restaurant Branding
Taco Bell Tests New 'Taco Lover's Pass' Subscription Service
So You Want to Be a Lifestyle Brand?

Double Down on Digital: How Restaurant Brands are Planning for the Future
The 2021 QSR® magazine Drive-Thru Study
How the Asian Food Space Has Evolved in Quick Service

Opinion: With Chick-fil-A and the Drive-Thru, Don’t Race to Conclusions
The Environment and Drive-Thrus: Not an Idle Concern Anymore
Taco Bell Unveils its Most Innovative Restaurant Ever